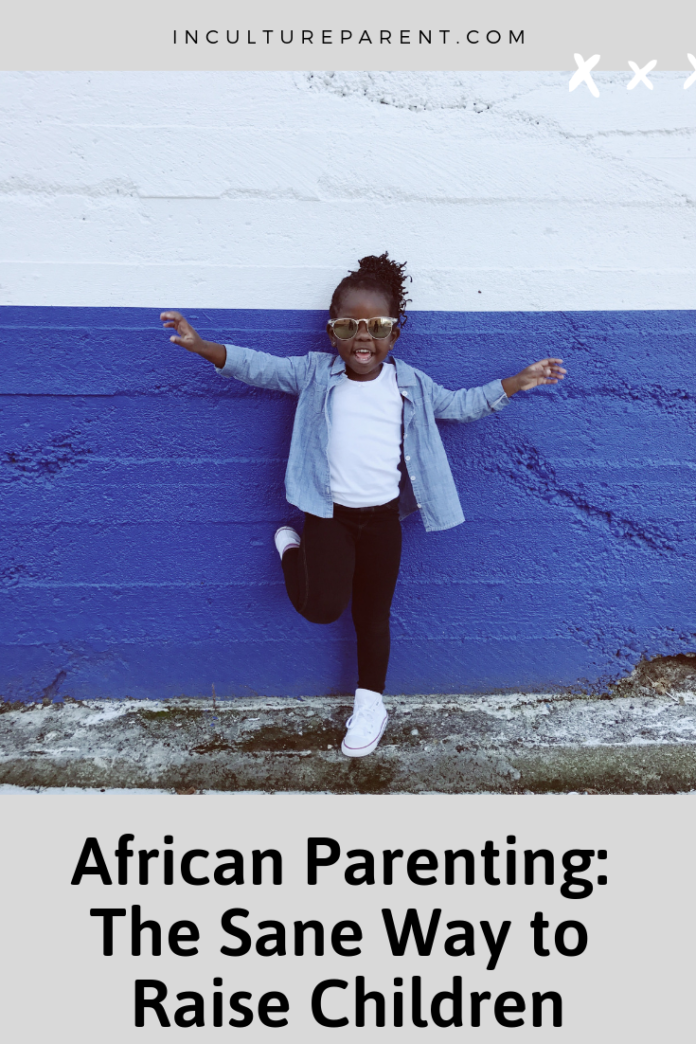 There is an oft-quoted African saying, “It takes a village to raise a child.” Less cited is the second half of the saying, “…and a community to keep the parents sane.” I started my pregnancy in the U.K. but one of the reasons I returned to Kenya—the country of my birth—to raise my daughter was for community. Community in Kenya takes many forms. It is not just relatives and friends but anyone who interacts with a child has a responsibility for them. What this practically means is that in public spaces if someone sees a child doing something wrong or getting into danger then they will step in even before asking the parent if they can intervene.

This public space also extends into the home, as many people employ staff to help look after their children. Hired help often have staff in their own homes, and so the chain goes on. I am very fortunate to have the same wonderful woman helping me to look after my daughter since she was two months old. I remember when I asked, during her interview, what she would do as my daughter grew up and discipline became an issue. Her answer gave me pause. “I would reason with her, we would work things out but I would not be angry with her because children do not respond to anger.” I hired her on the spot.

My daughter’s nanny has three grown children, whom she had young. I learn from her experience all the time. I overheard one recent nugget of wisdom when I rushed down the stairs to check on my daughter who was upset and crying. I was within earshot but not visible to them and could tell that my daughter was having a hard time calming down. “Cry,” I heard her nanny whisper. “Cry, but don’t forget to save some of your tears for when you might need them later.” In a few seconds the crying had stopped.

The stereotypical image of the super mum—the woman who effortlessly manages everything on her own— doesn’t do parents any favors. The African version of this in the eyes of the West is the village woman with a baby strapped on her back balancing a pot of water on her head as she strides home. Yet, this is not the whole picture, in Africa at least. Even the age-old lullaby I sang my daughter when she was a baby, in my mother’s language, goes, “The baby is crying, where is the nanny?” For much longer than we might care to admit, there have been more than one or two parents to raise children in Africa.

Because in our day-to-day lives many of us are overstretched, we sometimes approach parenting tired and overwhelmed. I think that many African societies have understood this and built into their systems ways for parents to share this enormous responsibility with each other. Even today, it is not uncommon for children to live with families who are not their immediate birth family for periods of time. I have inadvertently found myself carrying out this culture with my daughter’s best friend who regularly comes to stay with us, to everyone’s benefit.

In a modern context, this culture of helping can call for a certain humility. If help is offered, it is worth taking. Children learn a huge amount from exposure to different ways of doing things. We, as parents, also learn by extension. It’s easy to get defensive when others step in to comment on your child but the flip side of that is by taking a step back to actually examine the situation, both you and your child can grow. As the Swahili people here in Kenya say, “A single hand cannot nurse a child.”

Photo by Kiana Bosman on Unsplash 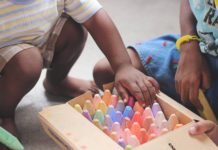