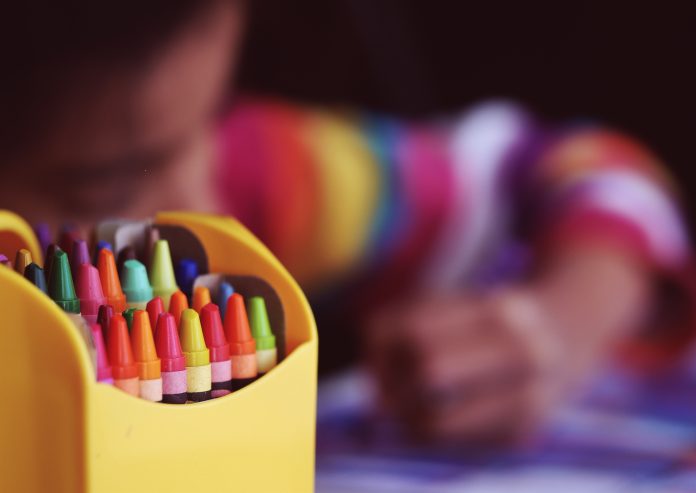 I get an urgent call from one of the other Kindergarten moms. She tells me that there is a child that she wants removed from the classroom. My mind races a little as I think about what a strict school it is, so strict in fact that my daughter Meazi recently received a time-out for whistling. (Apparently she was also a “whistling instigator,” inspiring several other kids to express themselves in this exuberant manner). I am silently wondering what on earth this Kindergartener could have done to warrant such vitriol from the woman on the phone. Maybe she set fire to the small play kitchen? Perhaps she is a biter and is physically hurting the other children.

“She is four years old,” the mom reveals. “Four!” She adds that as a psychologist she is well aware of how completely detrimental her age is to the other students in our class. “She will slow them down developmentally,” she says. I feel perplexed as she continues her case against this four year old. I start to think about Meazi and her very esoteric birth date. In Ethiopia, there is not much importance given to the actual birth date; that combined with the fact that Meazi was actually much older than her stated age in her paperwork makes her age and birth date a little difficult to pinpoint. Physically she did look like a girl about to turn three when we met her. After an exam and discussion with our pediatrician, we bumped Meazi’s age up by one year. The mom continues to emphatically complain about the rogue four year old in question. It was all I could do not to say to her, “First. World. Problem.”

Public, private, Waldorf, Montessori, charter, magnet, homeschool, unschool—every parent wants to choose the best school for their child, a place where they will be happy and meet their full potential. We had decided that we would take our time choosing a school for Meazi. We wanted to get to know her first. We were in no hurry. We had read about the importance of cocooning and attaching and how critical it was to begin the bonding process with our children. When we first met Meazi she said the word “school” and the word “lijoch,” Amharic for children, constantly. Meazi wanted to be in school, with other children.

At the orphanage, she attended school for the first time. She was learning things like the English alphabet and English colors. We have a very short video of her with a pointer at her orphanage school, saying “rhed,” and “ohrrrange,” rolling her “r’s.” She asked us repeatedly for school while we were in Ethiopia, on the plane, and when we got home. Realizing that perhaps we should follow her lead we scrambled to enroll her in our local elementary school’s pre-K program. It was only eight hours a week, and she absolutely loved it.

We came to America on August 15th and less than a month later school started. As soon as she was in a room of her peers, her English improved at a remarkable rate. It was an easy choice. We walked to school. We became friends with the crossing guard. It felt like an old-fashioned neighborhood school experience, similar to what I had growing up in the suburbs of Chicago. We decided, for several reasons, not to send her to the same school for Kindergarten. In spite of our atheist and Jewish tendencies, we enrolled her in the Catholic school that our next-door neighbor was attending. To me these choices we had, and still have, are a great privilege. It is a privilege that I have options.

For the past six months I have found myself very distracted during conversations with fellow parents from Meazi’s school. Before the holidays I started a fundraising campaign to build a school and library in the remote Ethiopian village where my children were born and where they spent the beginning of their lives. Currently school is not an option there. Ethiopia’s literacy rate for men is 50% and for women it is 35%. The children in Kololo, Ethiopia spend much of their day working. My husband and I were shocked when Meazi harvested the corn in our backyard garden with the strength and dexterity of a full grown adult. She confirmed that she and her brothers and sisters worked daily on their family’s farm. Her older sister spent many hours of her day gathering water.

The school we are planning will follow a curriculum and schedule specifically tailored to meet the needs of a rural farming community. Children will still be able to work with their parents, but they will also get a chance to attend school. I find myself in a weird state now. I get up in the morning and open my e-mail—three notices from Meazi’s school: she can pay a dollar to have a non-uniform day, they need donations for the silent auction, and the parent advisory council meeting for this month has been canceled. The next e-mail is a group of pictures from Kololo. There is a shot of the land that the government has promised for the school. There is a shot of many of the men in the community, who will most likely get work from the actual building of the school. They are parents, parents who will be happy to see their children go to school for the first time.

Recently another Kindergarten mom started making irate phone calls. Me. I was in a tizzy. Meazi’s school decided to add 20 days to the school calendar. 200 days of school for a Kindergartener seemed excessive to me. What about summer vacation? I thought. Popsicles and bike rides? What about zoo visits and swimming lessons? I sent my husband to represent us at the parent meeting, “Please stand up and say we are against it!” At the meeting the principal revealed that this plan was on hold. The school will stick to its schedule of 180 days of instruction—First World Problem avoided.

It is easy for me to get caught up in my daily mommy minutiae, to get bogged down by parenting with my privileged to-do list. As I rush around buying portable applesauce, returning books to the library and buying size 11 ballet shoes, I take a moment to look at my favorite picture from Kololo. In it 17 small lijoch, Kololo’s finest, sit in the dirt, with their bare feet and threadbare clothes. They are the future students of the school. There are readers, writers, dreamers and leaders among them. What will they think? How will it feel for them to hold their first book? How will it feel to bring it home and show it to their parents, to their grandparents? What will it mean for them to learn to read? I am hopeful.

Photo by Aaron Burden on Unsplash