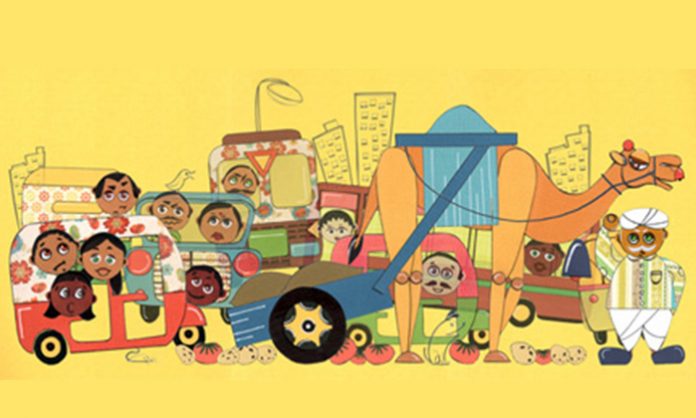 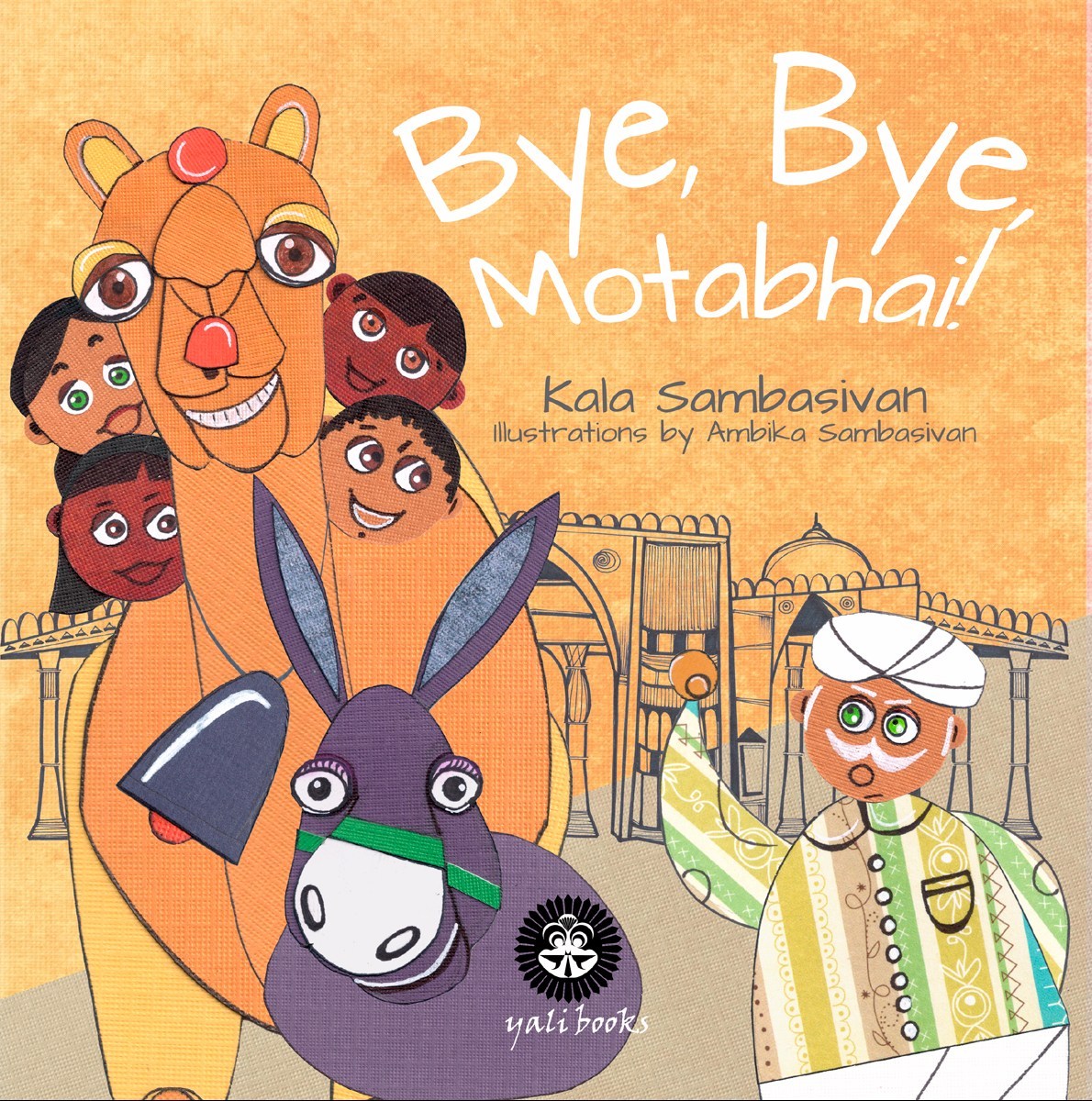 His name is a mouthful, particularly for a camel. But Pavan, meaning wind, is his truncated name.  It suits him well because he can run fast.  So fast, that he aspires to be a racing camel someday, probably in faraway Dubai. But his immediate ambition though is to run away from his demanding owner, Motabhai, a vegetable vendor who burdens him beyond his mettle every day. With a huge cartload Pavan roams the hot city of Ahmedabad, often chided and ordered around by Motabhai.

To begin the read with a one–page list of meanings of non-English words is rare, but I realized it really helped my kids understand the Hindi and Gujarati words that followed, quite immediately. The text is generous when it comes to descriptions and dialogues; this feeds the imagination for children in the age group. Also, Motabhai comes across as a rather rude owner. While it’s very uncommon to see indignant language, like how Motabhai orders around Pavan, expressed in books in the West,  it’s fitting for the Indian cultural context and like the books I read growing up—silly with very real-life talk.

One morning when he is particularly clumsy, Pavan sets off a chain of events that also sets him free and on a mad run to escape. With four co-operative school kids on his hump, an infuriated Motabhai, and a few more angry civilians behind him, Pavan scurries through the bustling city. Pandemonium peaks when Bijlee, a donkey, tags along and the two animals run into a wedding procession on the street.

The illustrations are a delight! It’s interesting how they carry the same vigor in innocence and goofiness that’s also thematic to the story. Pavan’s periodic and catchy chants keep up the mood of a chase. Throughout, we come across pointers to landmarks distinct to the historic city of Ahmedabad. Did Pavan see the last of Motabhai? Even the ending doesn’t say it! But one thing’s for sure, as children get off the ride, they’ll be left thoroughly amused by the adventures of the camel that dreamed big.

Disclosure: We received a free copy of this book but the choice to write the review was all ours.