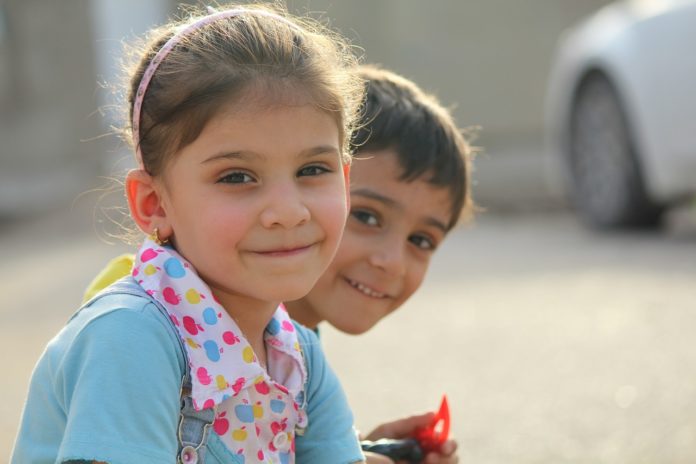 There are a number of us in the States who seem to be falling over in toddler-styled apoplectic fits over the positive press French parenting has been receiving of late. One of the most common complaints I saw emerging from the comment discussions is the French propensity for la fessée or spanking.

I think it is best we clear the air and address this head on.

For the sake of clarity, I want to start by defining what I mean when I use the term spanking. By spanking, I am referring to a swat across the child’s behind. Spanking a child in this way, as long as you aren’t in a fit of rage, is not the same as beating a child. You don’t have to condone spanking to accept this difference and research backs up this up. (See NurtureShock: New Thinking About Children chapter: Plays Well with Others). When I talk about spanking, I am only talking about it as defined above and nothing else.

A phone call with a very good American friend of mine summed up what I think is a common misconception about the French and discipline. In response to a comment I made about a behavior seldom seen in French kids, she replied laughing, “That’s because the French would beat the shit out of them if they tried it.”  Of course she was exaggerating—if she wasn’t, she would not have been joking about it—but I also know that there is a grain of truth to it. Many people ascribe French kids’ good behavior to a fear-induced state from the trauma of physical punishment.  And this is simply wrong.

It is true that parents around the world abuse their children in the name of discipline. I’ve seen parents in Asia beat their kids, I’ve seen Brits beat there kids, I could barely restrain myself from grabbing a young Russian woman who had grabbed her toddler’s hair, pulling while screaming at her for taking off her shirt at the airport in Thailand when it was boiling hot. I’ve seen Americans beat their kids and of course some French beat them too. It happens everywhere and it is always tragic. But beating your child is not the same as giving a spanking.

So where do the French stand on spanking? Well they are, overall, totally fine with it, which is interesting given that neighboring Belgium is utterly against this method of disciplining children. I’d always thought it was a north (and to a certain extent Anglophile) / south divide. But I learned this isn’t the case while I was researching this post.

I am not sure why the French have stuck with spanking but it is something they appear to deem necessary in order to bring up well-behaved children. From my experience observing and talking with French parents, it is a punishment handed out quite rarely. With many kids, you only need to spank them once or twice and then the mere mention of it is enough to deter them. Yes, kids don’t like to be spanked and yes, they will stop what they are doing for fear of a spanking, but it is far different than a brutal beating as some believe. In fact, it doesn’t strike me as terribly different than the 1-2-3 Magic time-out system I use with my kids. They fear being put in time-out so they adjust their behavior to avoid it.

Growing up Franco-American, the to spank vs. not to spank debate was one I encountered frequently. One thing mentioned routinely was how children should only be spanked until they reach l’age de raison or the age of reason, considered to be around six or seven years old. I can’t really speak to this; I know that I was spanked maybe once after this age. I distinctly recall being angry about it but also ashamed, as I was totally aware that I had pushed my mother too far and, as angry as I was, I understood why she did it even though we both knew once it had happened that she shouldn’t have. Upon becoming a parent, I even forgave her for it and felt bad at how relentless I had been in my disobedience, something I am now experiencing with my own kids. Karma?

I spoke about spanking or la fessée with my older brother pretty often. He was struggling between cultures and how to discipline his kids. At the time he had young children and I had none. I told him, and believed it at the time, that I would spank my children. I didn’t feel scarred by my experience, nor did any of my friends, and I struggled to see how, if distraction and redirection didn’t work, one could get the message across.

Ironically, I’ve never—until very recently—felt the urge or necessity to spank my girls. Anyone who knows me and knows my kids, knows that I run a pretty tight ship and am fairly strict. The system I’ve adopted works well so why change that. And of course, no sane person wants to spank their child so despite not being against it, I didn’t use it, until that is, I had to write this article.

Most, though not all, of my French friends spank their kids. None of them particularly like doing it. And in fact, I’ve never seen it happen so I continue to believe it is a pretty rare occurrence. For the life of me, I couldn’t tell you if any of my American friends spank. I think they don’t. Maybe they do on occasion in a fit of anger but it is something I would imagine most would feel ashamed of and wouldn’t willingly share.

I think the cultural norm of where you are raising your children has a lot to do with how discipline affects them. This was supported by the extensive research conducted by Drs. Jennifer Lansford and Ken Dodge quoted in NurtureShock: New Thinking About Children. It may have played into why I ended up spanking both my kids once, along with having this unwritten post bubbling in my subconscious. Being surrounded by the normality of it and, having my other system fail me, I decided to try it. I won’t go into the details, only that it was ineffective for my eldest who found the experience hilarious. My youngest was mortified and…well…pissed. Personally I hated it. For experimentation sake, I threatened it another time to see what would happen and she immediately ceased the bad behavior. Still, I am pretty sure I could have stuck to my original method and had the same results.

Most of the people I interviewed told me they saw spanking as part of their culture. It was part of their parenting toolkit but it was definitely something they tried to keep to a minimum. A few told me they believed spanking was something that would eventually become rarer as the French imported more U.S.-based parenting styles. I am not so sure about that. I guess only time will tell.

On the whole, I have consistently found French kids to be much better behaved than American kids. Yes, there are exceptions but this isn’t about the exceptions. That said, I don’t ascribe the good behavior to spanking. I believe their success can be attributed to their general parenting approach.

French parents don’t try to be their children’s best friend. Basic rules are set and they are to be followed at all costs. They are also remarkably good at being consistent about enforcing the rules and consistency is key.

In the U.S., I’ve often found on the one hand we want our kids to obey, but then we praise our kids within earshot on how clever and precocious they are when they  ‘negotiate’ (read argue) with us. The French don’t believe in children negotiating. Period. It’s not that they don’t want their kids to acquire these skills, but they are learned when they are older, often under the guise of the philosophy requirement for the French Baccalaureate.