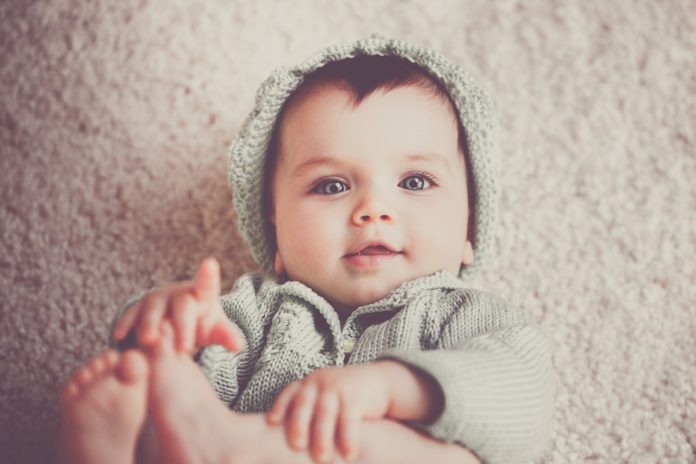 When I found out I was pregnant, one of my first thoughts was “I can’t wait to raise this child to speak French.” I am a native English speaker, and I’ve been a Francophile since I was a young girl. My love of the French language and Francophone cultures has largely shaped my career, my travel and my interests.

Although I was committed to raising a bilingual child, I never actually thought about how to go about it, especially in the very young, preverbal stages. Sure, I had read all of the theory about the importance of exposing babies to other languages from a very young age, but I hadn’t actually determined how this would play out on a day-to-day basis. Part of the challenge was simply a matter of background—I’ve taught high school and college French for the past 12 years, and I couldn’t conceive of engaging with a toddler, much less a preverbal infant, in French.

My daughter will be turning one soon, and I’m happy to say that, since she was born, we’ve spent the majority of our days in French. Through 12 months of trial-and-error, I’ve developed ways of meaningfully engaging with her in French. Of course, each bilingual parenting relationship is different, but I hope these five general categories will be helpful to other parents as they approach raising a bilingual child from infancy. I hope they will be especially useful for those of us who are parenting in our second or third languages.

Play
When my daughter was a few weeks old, I started inventing playful rhymes and sayings in French. I would look her in the eyes and say/sing to her as I was feeding or changing her. She was fascinated, and would coo or wiggle along to the sound of the language. As she got older, these games entered into the realm of mimicry. She would watch my mouth shape as I pronounced each word and imitate it with her own mouth. She would touch my mouth and face, completely immersed in the interaction. Now, we play with her stuffed animals in French, play coucou (peekaboo) or play games where I ask her to trouver (find) certain things.

Supplement
No doubt about it, bilingual parenting can be exhausting (but incredibly rewarding, of course!), and I am the first to admit that I quickly run out of ideas for enjoyable, meaningful things to do in the target language. Supplementing our daily interactions with French music, books, clubs, bilingual playdates and classes is a great way to acquire new ideas and rekindle the excitement of interacting with each other in another language. My daughter has her favorite French books that we read quite a bit; it warms my Francophile heart when she reaches for them on the bookshelf.

Ritualize
Our most powerful interactions in French have happened around our daily rituals. For example, each time my daughter prepares for a bath, I talk through all the “steps” of taking a bath in French. Of course, I repeat the word for bath, un bain, many times during this process. She now knows exactly what we are going to do if I say, “Un bain”—no matter where we are in the house, she immediately turns toward the bathroom and points. The greatest reward came a month ago when I was filling the bath with water and she turned to me with wide eyes and said, “Bahhhn?”
Babies and young children are creatures of habit. They enjoy exploring and discovering new things, of course, but they depend on the comfort of routine. Take advantage of this desire for consistency to create language rituals that follow your daily routine. This could take the form of a poem or prayer in the target language before meals and/or bedtime, discussing what you are cooking for dinner, talking through each piece of clothing as you dress the child, or loving words in the target language each time you say goodbye or hello (upon leaving for and returning from work, or when saying goodnight, for example).

Nurture
Many mothers instinctively nurture in their native language. In fact, I find myself repeating many of the same phrases my mother said to me during my childhood to my daughter. In our first weeks together, I had to make a conscious effort to “nurture” my daughter in French. That is to say, I had to decide which French terms of endearment and soothing phrases I wanted to use with her. Soon, these became second nature—and very special.

I want my daughter to like French—to love it, actually. My hope is that the more she associates French with comfort, love and positive interactions, the more appealing it will be to her as she grows up.

Involve
In recent months, I have been making more of an effort to involve my daughter’s other caregivers (her father and her grandparents) in cultivating her French skills. Despite his wonderful French-Canadian name, my husband does not speak French fluently. He speaks conversational French, and he can read well in French. I encourage him to speak as much French as possible with her, and they enjoy reading and talking about books in French. My parents do not speak French, but I have taught them several important words that my daughter understands (la toilette, manger, merci, bonjour). They are excited to be included in the process, and my daughter lights up when she hears her grandparents saying French words she recognizes.

The key is allowing the target language to become a part of your everyday life. Eventually, it starts to feel very natural, even when you are parenting a preverbal child. Enjoy the journey and know that you are giving your child an incredible gift.