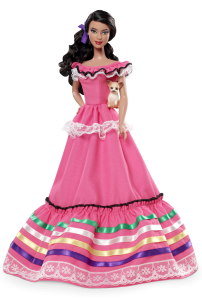 The other, another brunette, is in a long gown, mostly chosen for her dog accessory given P’s canine obsession. Don’t get me wrong, I am not anti-blond, most of my family is fair from our Normandy roots. But clearly las rubias need no assistance in maintaining a good reputation, so I am compelled to help out my morena sisters. I am still at a loss about the origin of her comment and I should probably put my apprehension aside and ask her about it.
And on the topic of Barbies, if anyone is listening, Mattel can you please bring back this doll who is in my opinion by far the most beautiful version ever created: 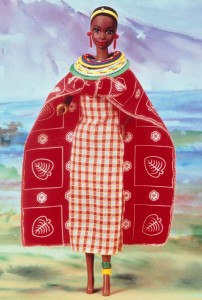