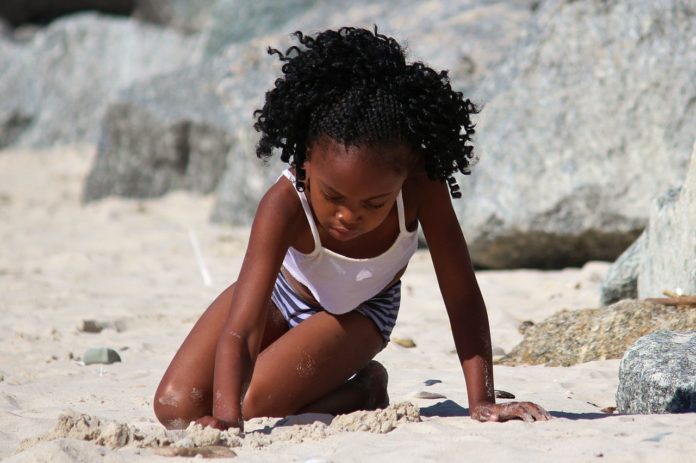 There is a new boy in my daughter’s class. He told her a thing or three that resulted in us having to have ‘the chat’ at bedtime last night. “Was Father Christmas real? What about the Tooth Fairy? The Easter Bunny? The Easter Monkey?” She wanted to know and know immediately. Now without boring you about what particular beliefs my family holds there were two things that were foremost in my mind.

I found myself turning to the wisdom of my ancestors. In many traditional African societies, there was (still is but dying out rapidly) an age set system. People born within a certain year had a specific kinship. This held together the whole fabric of society as well because within that year group, certain pieces of information were held as sacred and adults would know not to share information that children were not ready for outside that age group.

This group would then go through initiation rights together and the loss of innocence that we lament about so much today was not even a topic of conversation. It was understood that through the age set system and initiation rites, young people growing up would usually meet the right knowledge at the right age, which was ultimately beneficial for their development.

With the advent of media and technology all that has changed of course. We live in an era where at the click of a button anyone of any age can in an instant have access to all sorts of information whether or not they are able to process it. I may sound like a Luddite but I think that it is sad. Couple this with the increasing individualism in modern societies, where there is less of a collective agreement on what children ought to know and at what age, and suddenly we have the current situation where studies show everything from emotional problems to obesity and aggressive behavior are strongly linked to this glut of information.

I must admit that my family made what would seem like (to some) rather extreme decisions to create (in her early years at least) an environment that would reduce the risk of exposure to information before she was ready for it. We do not have a TV, use the radio to listen to football (soccer) and music, and the only film she has really watched is Mary Poppins.

The net result is just shy of her seventh birthday she expressed a heartfelt sentiment that she could not imagine a person killing another person. “Who would ever think of such a thing?” she wanted to know. Now I am not under any illusion that she will spend the rest of her life in this wonderful bubble but it gives me great comfort that even as she moves through the ages that she will have held a place in her soul where murder seems impossible.

Still, I do know that it is part of my parental duty that her world begins to expand. Given her recent change of teeth (one of the signs traditionally used in my culture’s initiation processes), I read to her an initiation story. “The Hen Who Dreamed She Could Fly: A Novel

” by Sun-Mi Hwang is a South Korean fable that tells the story of a chicken sprout who decided to take her life into her hands and follow her dreams.

It was appropriate for my daughter’s ‘age set’ because as she embarks upon primary school she is no longer a baby. Up until now, her job as a child has been very much guided by my plans for her. Whilst motherhood is a series of ‘letting go’s’, growing up is a series of ‘taking on’s’. The story is to support my daughter’s initial awakening that she can indeed be the captain of her own soul. It is a book that covers determination, the ways in which difference matters and the ways in which it doesn’t, loneliness, isolation, friendship, understanding and also how we can give help and need help—all of the things she is likely to face in primary school while away from the watchful eye of her mother.

So after we finished our chat I waited with bated breath for her conclusion on Father Christmas. Her main concern turned out to be for someone she knows who will be without a beloved parent this December. “Who will do Christmas for her then?” She also mentioned a school friend who had not been party to the discussion with the new boy and we agreed it would be best if she found out in her own way in her own time.

As I watched my daughter falling asleep I was reminded of a conversation I had with a man, who incidentally had no children, that was practically foaming at the mouth when I described the lengths to which I had gone to maintain my daughter’s innocence. “You people!” he had spluttered. “You cannot protect them forever!” Sadly, I did not have this quote from L.R. Knost at hand, but it is what I firmly believe: