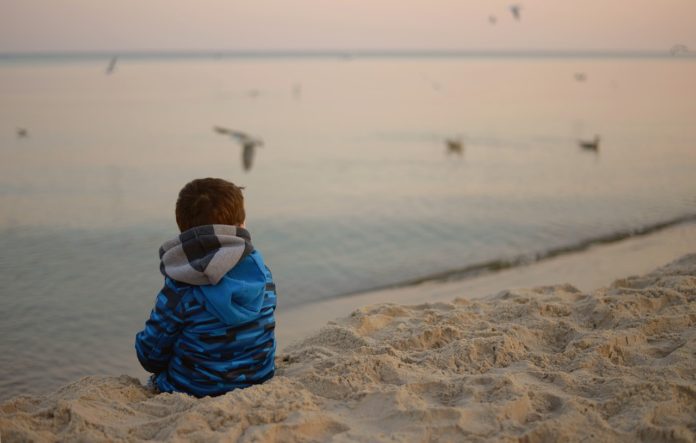 Raising bilingual kids, if nothing else, involves commitment. Bilingualism isn’t automatic.
Long before having children or meeting my multilingual husband, I knew I wanted to raise bilingual kids. I was not brought up bilingual and learned the majority of my languages as an adult. As a result, I wanted my kids to have the gift of bilingualism from childhood. I assumed my future children’s second language would be Spanish, since it is the language I am most fluent in after English. I also imagined the likely possibility of raising trilingual kids, since I suspected my future husband, whoever he would be, would also speak more than one language, as that was the type of person that attracted me. I assumed that with each parent speaking a different language, our budding bilinguals would comfortably slip between languages, with no effort needed on our part. Bilingualism would be organic and natural.

The reality, I have discovered, is very different. My husband, a native Arabic speaker, has since day one spoken to our children in Arabic. We decided on the one-parent-one-language (OPOL) method before we even knew the official term for it. Our first child (now five-years-old) was born in Germany, so speaking Spanish to her as I had always imagined, seemed unnecessary as she would grow up trilingual with Arabic, English and German.

We moved back to the U.S. when Jasmin was nine months old, somewhat unexpectedly. My husband continued speaking Arabic to her, but when she was two, she had yet to speak. We remained confident in her bilingualism, as we had diligently committed ourselves to OPOL. By the time she was two-and-a-half, she still didn’t speak much and began receiving intensive speech and developmental therapy, after a diagnosis of dyspraxia. At one of the many evaluations any kid receiving early intervention services has to undertake, a speech therapist recommended my husband stop speaking Arabic to her since she was struggling so much with speech. We luckily knew enough to ignore her ill-conceived advice.
By the time Jasmin finally started speaking clearly and regularly, we were surprised that she really didn’t speak Arabic at all. Her father has been around a lot during her early years and was even the stay-at-home parent for a period. It was clear she understood and followed directions in Arabic, but spoke no words beyond a few. We were puzzled.

Initially, we were also juggling life with a second child from the time Jasmin was nineteen months old. With very little help and no family around, managing two under two became all about survival, especially when my toddler had become that child, the one parents in playgroups shun and whisper about, the one you think will never be your child—the hitter, hair puller, screamer and rockstar tantrum-thrower. Nurturing my children’s bilingualism was like offering a free pedicure to someone suffering from malnutrition. Between auto-piloting through the day on little sleep, cleaning my rebellious toddler’s poop or diaper cream off the carpet/sheets/walls (yes, even walls), learning how to breastfeed an infant with one arm while making lunch for an ear-piercingly loud, shrieking toddler with the other, speech therapy appointments and redoing my cooking repertoire based on another discovery about my oldest—a gluten intolerance—I didn’t give much thought to whether their bilingualism was on track. I just assumed it was.

At one point during the haze of that year, I made a feeble attempt at Spanish and founded a Spanish-speaking playgroup that I never once attended, unable to get both children fed, dressed and out the door on time. In another endeavor, I brought “Goodnight Moon” home from the library in Spanish. When I began, “En una gran habitación verde, arropado en su cama, está un conejito” instead of the usual, “In the great green room…” my trying toddler threw it across the room. We also owned the Little Pim Arabic language DVD, which I played frequently. But it wasn’t quite enough. More than anything else in the early years, we wanted a child who spoke in any language and was less frustrated.

Once we emerged from the weeds of the sleepless year and had a finally talking three-year-old and an easy-going one-year-old, we assessed our children’s bilingualism. We knew more action was needed to ensure they not just understood Arabic, but also spoke it. Since our household language was English and the dominant environment was also English, their exposure to Arabic from solely their father was too limited. We knew we needed to stimulate their bilingualism through some combination, if not all, of the following:

• Arabic books and more DVDs
• An Arabic-speaking babysitter
• An Arabic playgroup, and the gospel would be an Arabic daycare or preschool

The kids already “spoke” to their relatives in Morocco at least weekly if not more on Skype. But what that actually entailed was the kids holding up toys or books while the family spoke to them. Inevitably, the kids became distracted after a few minutes by another activity, like say stuffing a pair of pants in their “bum bums” to make animals tails.
While frequent trips to Morocco were not really an option, our language commitment renaissance coincided with our move from Santa Fe to Berkeley and two months abroad, one of them spent in Morocco. Our first day in Casablanca, we hunted for bookstores and bought tons of Arabic language books for the kids, something that was previously a bit prohibitive with Arabic books unavailable in Santa Fe and online ordering costs running above $20 per book.

In Morocco, the kids spent the first two weeks almost silent but then started speaking Arabic in fits and starts by the third week, asking for “ate afek” (tea please) and telling each other to “eji” (come) and “ara” (give) this toy and that. Despite the many Arabic books we acquired, they shared a common problem—none were in the Moroccan dialect my kids understood, but all in classical Arabic. We figured this was better than nothing and also a good opportunity to begin exposing them to the classical. But once we returned to the U.S., we quickly noticed that the kids rarely gravitated toward those books. It made sense—they couldn’t really understand them.

Settling in to our new life in Berkeley, we started looking for Arabic-speaking daycares, playgroups and most of all, a babysitter, a previously rare phenomenon in the population of under 10 Arabic-speakers, mostly male, in Santa Fe. Overjoyed, we soon found an Arabic-speaking preschool within 20 minutes of our house. After visiting however, we discovered the school was not the right fit for us. We briefly debated a 40 to 60 minute drive in rush hour traffic, the opposite direction from work, for another school that offered some Arabic in the curriculum. The lunacy of that idea took longer than it should have to dismiss.

Playgroups posed their own set of challenges. Although I found an Arabic-speaking one, since I don’t speak much Arabic, my presence defeated the purpose. As everyone needed to speak English to communicate with me, English slowly took hold. We next focused on babysitters, a search that lasted over a year and half to find someone who spoke the North African dialect of Arabic. The majority of Arabic-speakers in the San Francisco Bay Area are Palestinian and Yemeni, a very different dialect from Moroccan. A Yemeni and Moroccan speaking in their own dialects, for example, would not be able to understand each other. We had many false starts on the babysitter search, finding many almost-but-not-quite-right matches. But we finally managed to find a wonderful Moroccan babysitter who now spends a few hours each week with our kids.

The largest benefit of our Moroccan babysitter has been her two- and three-year-old children. We actively encourage her to bring them when she comes to watch our kids, and a few times, we have dropped the kids at her house. While slightly inconvenient as her house is out of our way, language wise, it is fantastic for our kids’ Arabic to be in a Moroccan household, complete with mother-in-law as well. My children excitedly tell me about speaking “Arabya” with her son, Idris, because he doesn’t speak English. Since her daughter goes to preschool, where she learned English, she tends to interact with our kids in English. However, Jasmin complains to me that, “Hiba only speaks to me in English.” It is refreshing to hear the disappointment in her voice as she yearns to communicate more in Arabic.

A few weeks ago, my Moroccan brother-in-law visited us for the first time. We were unsure if the kids were capable of speaking Arabic with him. While our babysitter tells us they speak some, we rarely hear them. Neither of us has ever witnessed full Arabic sentences roll off their tongues. So could they communicate with him? We were anxious to find out. The first few days of their uncle’s visit, my oldest tried in earnest to find Arabic words before speaking, but most often reverted to English. The youngest seemed to not care at all about speaking Arabic. However after one week, Uncle Simo reported that both kids spoke to him in Arabic sentences (sentences!!) when they were playing games. He told them he would play only if they spoke Arabic. Smart uncle. While neither of us parents had the pleasure of hearing it, we felt encouraged that with just a little more daily exposure to Arabic beyond their father, our kids could potentially be Arabic speakers, not just listeners.

All of our bilingual challenges have led to two decisions about our kids’ bilingualism. The first is we initially decided that school should definitely be in another language. However, private school for two children was costly and we didn’t get into the public Spanish immersion option. Enter plan B: I am creating an immersion Spanish afterschool program for the fall so that my children will have the opportunity to learn Spanish. The second decision is that at some point, we will try to live in Morocco for a few years. What’s funny is we never anticipated this in the slightest—neither of us had an interest in living in Morocco, up until recently. But I realized the best way for my kids to be fully bilingual is if we live in the country, also giving me the opportunity to learn Arabic fluently, a goal of mine. Once I am also an Arabic speaker, Arabic could have more reinforcement in our household, no matter where we live.

Our bilingual journey has definitely not been what we expected—eloquently trilingual children spawned with little parental energy. Bilingualism takes far more effort and commitment than anticipated. But it’s definitely worth every second.