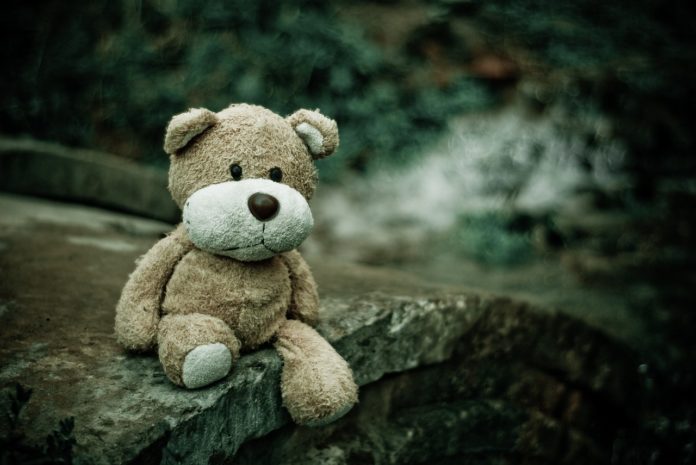 I feel defeated when I watch childhood home videos of my two daughters, Alina and Alexa. In the videos, they are speaking their beautiful native tongue, a bittersweet memory, as they lost their ability and desire to speak it as they got older.

My girls were very early speakers. By age two, they spoke in full Armenian sentences. By age three, they were able to carry on articulate conversations, and oh boy were they chatty! I enrolled them in preschool by age four, with minimal English vocabulary. However, their inability to comprehend basic English directions frustrated them and they would often speak with their teacher and peers in Armenian. Panic set in and I began to resent not speaking more English with my kids. I shifted my focus to English. Amazingly, they both picked it up rather quickly and in a little over a month, their language skills were equal to their American peers. At times, they would start a sentence in Armenian and end the sentence in English. I refer to this as “Armenglish,” but for me it is very normal and something I still do myself.
With the advent of English, their grasp of Armenian started to fade. By age five, they were very uncomfortable speaking Armenian and would often refuse to even speak it when we asked. I felt that I failed as a mother in this specific department—my children were refusing to speak their native tongue. What was I to do? Could I have forced my kids to go to Armenian school? Yes, I could have, but I wanted them to want to go. As a busy parent juggling a home, a business, extracurricular activities and other family obligations, I didn’t want to make the commitment unless they willingly wanted to attend. I believe when a child freely engages in something, without negative feelings, they will achieve and accelerate with a positive mind. So every school year, I asked the girls if they were ready for Armenian school. To my disappointment they declined each year. But this past summer, my eldest daughter had an epiphany that resulted in agreeing to attend Armenian school.

We were in the middle of typical Los Angeles traffic, cars lined up like soldiers for miles on end. I turned on the radio to interrupt the barrage of thoughts about my to do list that wasn’t getting done. “She isn’t even 100% Italian,” the radio personality remarked, referring to reality star Snooki from MTV’s “Jersey Shore.” Alina clacked her Nintendo DSI shut and asked, “What do they mean 100% Italian?”

This comment about Snooki triggered a deep discussion about lineage and bloodline. “Mom, does that mean I’m 100% Armenian?” I tiptoed around this question as I know no race or civilization is regarded as “100% pure. With that said, I explained to Alina that as far back as I know and most likely further, both of her maternal and paternal ancestors have kept the Armenian bloodline, making her 100% Armenian. “Wow,” she exclaimed and her eyes light up with pride. Alina then wanted to know what percentage Armenian her cousins Vincent and Elijah were. Knowing that Uncle Sarkis was married to Auntie Amanda whose bloodline is mixed European, she wanted to get down to precise numbers. Without giving me a chance to answer, she came up with a slew of hypothetical questions. “What if Vincent marries a Punjabi Indian like Jyotsna (her best friend)? Since Elijah was born in, Mexico and he lives in Cabo, does that make his bloodline Mexican. Oh! Oh! What if Elijah marries an Armenian and they have kids, how many percent would they be?” I just giggled, as she was spitting question after question without even pausing to breath.

After thinking about our discussion for a moment I realized how irrelevant bloodline and percentages are. I explained to Alina that an individual can be 100% Armenian by bloodline, and may choose to reject their nationality and completely sell out their roots and heritage. On the contrary, an individual may only be a fraction Armenian but choose to embrace the colorful traditions, rituals and language of their heritage, striving to preserve the culture and even more importantly, pass it on to the next generation. “Isn’t that more significant than percentage Alina?”

I continued to tell her about our family history. Both sets of her grandparents immigrated to the U.S., raised families and fallowed all things Armenian. They only spoke Armenian at home, went to Armenian school and church, lived by Armenian morals and ethics, celebrated the holidays and traditions, and of course—the best part—enjoyed delicious Armenian food and pastries. The next generation assimilated American culture without losing sight of their roots. They continued in the same fashion as their parents. Although eventually, as we modernized, life’s pace accelerated and became overwhelming. Slowly priorities shifted and standards dropped to make life more practical. The repercussion was that we weakened our cultural foundation with fine cracks. We didn’t envision those cracks would grow, but sadly they did, allowing parts of our culture to slip through.

“Alina, the following generation is your generation. It includes your sister, your cousins, Vincent and Elijah, as well as all your second cousins. Unfortunately this generation has been reluctant to speak Armenian. Ambition to learn is lacking and patriotism is void.” I told her. “By the time your generation has children, there may be nothing left of our Armenian heritage, except for the blood that runs through their veins.”

There was dead silence for a minute and then she began to cry, with at first anger and then a grieving sadness. Perhaps my delivery was harsh as this generation is accustomed to having everything sugarcoated. I reached my hand back across my center console. She placed her hot, little hand in mine and uttered the most beautiful words, “I don’t ever want that to happen.” Alina had her eye-opening, “aha” moment.

Near the end of the summer, my cousin’s daughter, Eliz, had excitedly mentioned to Alexa at a family function that she was going to attend Armenian school on Friday nights. On the way home, Alexa asked me if she, too, could attend Armenian school. I didn’t think I heard her correctly. “Mom I want to go to Armenian school,” she insisted. And Alina shouted, “I want to go too.” I wanted to pull over on the highway and do cartwheels in the emergency lane; my eyes welled up with tears.

Without hesitation, I enrolled the girls in Armenian school this past fall. They have been attending The Armenian Relief Society, Arax Chapter Armenian School in Lomita, California, the same school my brother and I attended as children. They have made new friends, built camaraderie and learned so much already in a short period. Increasingly, they are speaking Armenian at home and often times I’m surprised by how much they already know. A few weeks ago, my husband and I attended the school’s Christmas program. We had ear-to-ear smiles as the students recited Armenian poems, folk danced and greeted Gaghant Baba (Santa) while singing Zankagnair (Jingle Bells). My heart is filled with profound gratitude and happiness knowing that my daughters have found interest in their native tongue again.