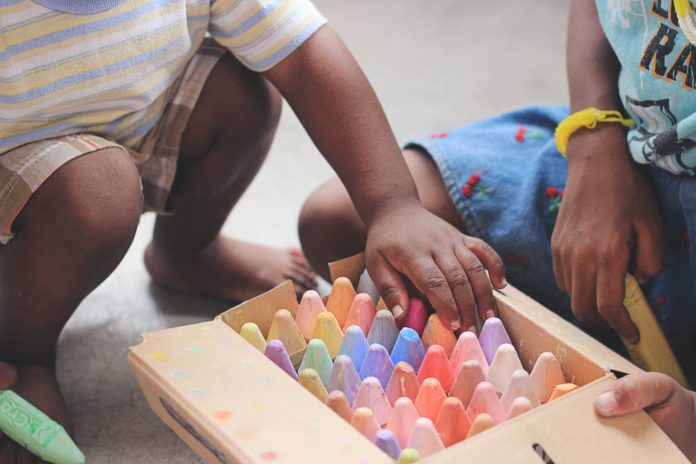 For us, like most parents, we did a lot of research when it came to picking our child’s first preschool. We asked all the usual questions on our school visits:

In addition to all the usual questions, being a multicultural family and a family with a minority religion, the diversity of the students and the teachers approach to incorporating diverse learning materials was central to us.

The school we chose was the one where our daughter felt the most comfortable and where we received positive feedback from other parents whose children attended. The two criticisms we heard echoed were that the parent involvement required was burdensome (it was a coop preschool) and the director was disorganized and unfriendly, but she wasn’t in the classroom. Because the school valued outdoors time, employed well trained teachers, had a solid arts and crafts and play-based structure and was also not of any religious affiliation, we decided the cons were small compared to the pros.  We’ve had a great experience but it has not been without bumps in the road.

My husband, who did not grow up in the U.S. and is from a country that does not adhere to separation of church and state, was shocked to find our daughter glittering a cross one day and coloring a star of David another day when he picked her up. Despite the fact that our preschool has no religious affiliation, kids still celebrate what the teachers consider to be the major holidays, as most schools do.  Having grown up in the U.S., I know the major holidays are considered to be Thanksgiving, Christmas, Hanukkah and Easter. But the teachers also introduced Asian New Year so they were trying to introduce an element of diversity.  Seeing the Christmas and Hanukkah crafts, immediately made my husband uncomfortable, which surprised me as we’ve always agreed the more exposure to religions, cultures and languages our children have, the better off they will be. I realized that because of his background, he assumed the kids were receiving religious education in preschool. Since I know teachers don’t proselytize in school, especially at a school with no religious affiliation, the crafting of crosses and stars of David didn’t even make a blip on my radar. It was normal.

In the end, he agreed it was no big deal but wondered, why didn’t they also celebrate Ramadan for example? There was only one, maybe two, Jewish kids in the class so celebrating Hanukah wasn’t necessarily a reflection of the demographics. Other it reflected the fact that most people in the U.S. are completely unfamiliar with Muslim holidays.  While we agreed that our children are enriched by celebrating other traditions and holidays, we also decided that it was optimal to see some of our traditions in the classroom. Because of the pervading ignorance of all things Muslim, this responsibility falls to us as parents.

And that responsibility is one we have taken seriously over the years. Each year we have come into the preschool or classroom to do some activity about our children’s culture or religion. And I have found every single time without fail, the teachers are receptive and grateful.