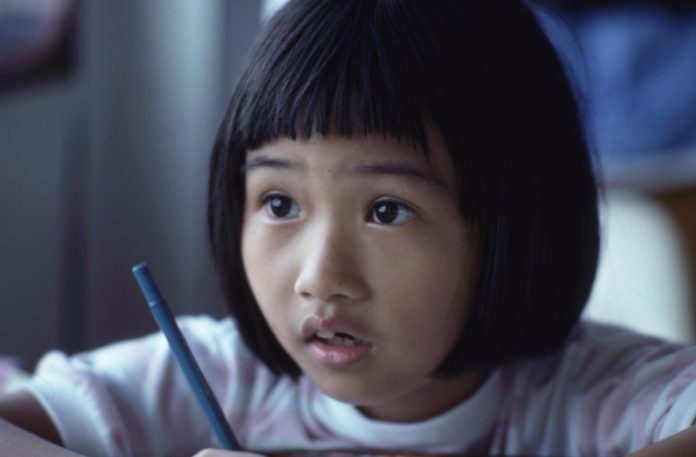 I am the daughter of born-and-raised-in-Japan parents and also a proud American citizen. I grew up bilingual because both of my parents spoke only Japanese at home, but at school, I only heard English. I think this is one of the most ideal ways to become bilingual—to be immersed in one language half the time, and in another the other half.

I was very lucky; being bilingual has helped me in my education and given me neat volunteer and work opportunities. Although my English is ten times better than my Japanese, I am grateful for the rusty bit of Japanese that I know.

I am now married to a so-white-it’s-almost-blinding husband, who only speaks English, and together we are attempting to raise bilingual and bicultural children. It is both easier and harder than we anticipated. Oh, and more expensive.

Raising bilingual children is easy because little children are naturally just amazing. Their brains are super sponges. They hear a word once, and they’ve got it. It’s locked into their brains. No need to teach grammar or use flashcards—all you have to do is talk, and they just get it.

My daughter (now three) was slower to begin speaking than some of her peers. She didn’t say her first words until she was nearly 18 months old. We attribute this to her listening to two languages and trying to figure it all out. By the time she was two, you could never get her to shut up. She would turn to my mom and blabber in Japanese, then turn to my husband and blabber in English. We were floored. We did it! She’s bilingual! We are awesome parents.

After awhile though, my daughter figured out English was easier. She learned that most of the people around her speak English, not Japanese. And because of the lack of necessity, she started to speak more English than Japanese. I was terrified. What do I do now? Is it all downhill from here? I put forth extra effort to speak more Japanese in our home (hard), made her watch Japanese shows on YouTube and organized more playdates with Japanese friends. It kind of worked. Her Japanese got a little bit better.

But I knew more was needed. This is where money comes into play. I enrolled her in the local Japanese School ($$$). I bought many Japanese children’s books ($). We found a Japanese music teacher ($). We want to take her to Japan for a few weeks ($$$). And maybe someday, if we have any leftover money after all that, we will get cable ($) so she can watch more Japanese children’s shows on TV.

Some may say all those extra things aren’t necessary: “Just try to speak Japanese more at home.” That may be true, but remember, my Japanese is not great. I don’t want her to learn poor Japanese. Plus, I really want to take advantage of these early years when the brain learns the quickest. I have a feeling that once she starts attending school full-time, it will all of a sudden become much more challenging to keep up her Japanese.

I don’t want to be a “Tiger Mom” and have my kids hate to learn Japanese because I’m pushing too hard (I know I hated studying Japanese when I was young). I hope I can help my children realize the value of bilingualism at an early age and that I will be able to find fun ways to teach them the language and culture. Raising bilingual children isn’t always easy and it can be expensive, but its rewards are absolutely priceless.