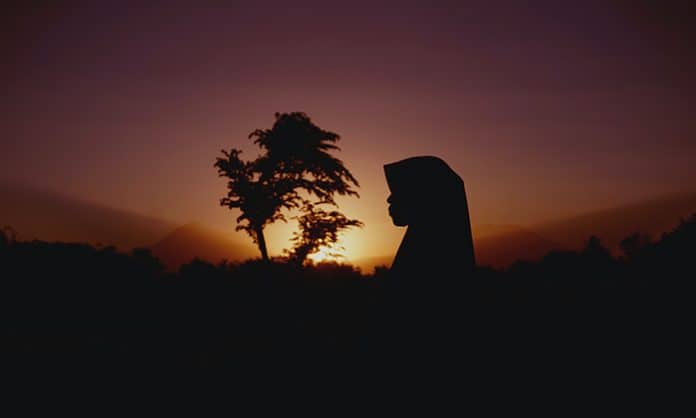 I remember my early childhood, growing up in the Kingdom of Saudi Arabia (KSA), as disturbing. Forced to cover my body in black from head to toe in the morning to go to school and then changing into a miniskirt to go out in the evenings was the source of much confusion for an eight-year-old girl. It was not at all easy for an Egyptian, moderate Muslim family to cope with the restrictions imposed in Saudi Arabia. As a Muslim, I believe in prudency; however, imposing a black cloak on women is extreme.

At the age of ten, after seven years in KSA, my parents decided to return to Egypt. I was eager to discover the world when we arrived but I was not very well prepared for the open society in which I was re-entering. From the restrictions in KSA to casual conversations in Egypt about boys, puberty and sex, the world shifted dramatically for me. Even though KSA and Egypt share the teachings of Islam, including prudency and restraint, each society practices Islam in its own way, contradicting the other. Navigating these contradictions from an early age made me think a lot about women’s roles with regard to sex and education.

I was raised with the idea that speaking about sex is a taboo. I was also taught through religion that virginity is a must and that personal discussions about sex are not allowed between friends. Sex is too private and personal to talk about. I therefore believe that virginity is a form of chastity that is necessary in our lives. Most women in Egypt preserve their virginity until married so there is no space to even ask a woman if she is a virgin. From my own humble, religious perspective, this is positive. However, maintaining virginity was mistakenly linked to barring sex education for girls. Egypt is a country that gags the correct information, giving license to misguided gossip.

I can remember how this gossip shaped itself into our lives. Egyptian girls talk a lot about the phantom of the wedding night. Speculation among 12-year-old girls over what happens on that night is a huge source of inaccurate and exaggerated sex information. As we got older and became brides-to-be, the gossip only grew worse. The main problem is that every married Egyptian woman thinks she is a marriage advisor and should shoulder the responsibility of giving brides-to-be sex advice. Accordingly, she tries to educate brides from her own very personal experience on what they will encounter on their wedding night and beyond. These silly “advisors” fuel gossip and ignorance because even if they want to be encouraging, they only increase brides’ apprehension and anxiety.

I was fortunate to have two open-minded parents who provided me with an education on sex-related issues, which helped me through the contradictions I noticed when I was young. My religion and my parents shaped my views on sex as an adult, elder sister and now mother.

As a mother, I intend to introduce sex education gradually to my kids. Sex, as an important part of human life, should not be left to ignorance. Merging the scientific facts of procreation with religious precepts provides the best approach, leaving no place for embarrassment. For children, the introduction to sex starts with the simple biological description of the male versus female organs. With the onset of puberty, the desire element should be introduced together with a practical overview of what should and should not be done. This is the time when topics such as masturbation and gossip should be dealt with. I know it is easier said than done, but it is crucial to let kids know that sex is something vital and good. However, it is also to be kept private and is not a subject to discuss among friends.

As my kids grow older, I know my mission will be more challenging. But I would love my kids to have open minds and embrace the science of the West as well as the bashfulness of the East.