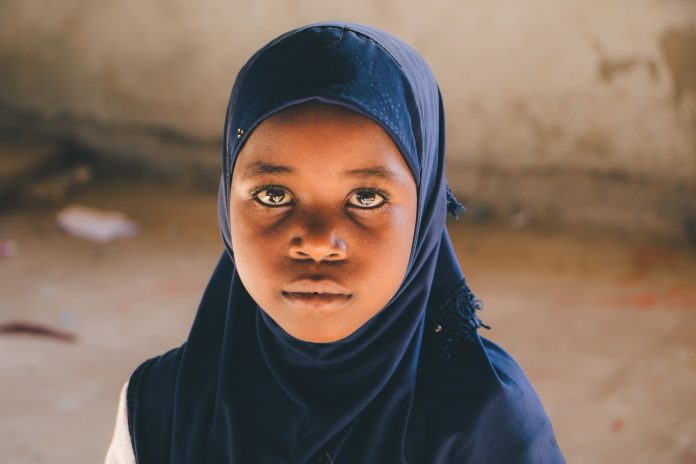 In the past, when I have written about Islam’s perspective on child discipline, I described it as one where gentleness is preferred according to the tradition of the Prophet Muhammad (peace be upon him) and the examples set during his own life.

I feel that taking the time to explain, exercising patience and making an effort to try to see things from your child’s point of view are the strategies that are most conducive to producing good behaviour and a calm child. Knowing that, however, doesn’t necessarily guarantee that you actually become a calm and gentle parent. My journey towards being a positive and kind mother is a long, hard one, beset with setbacks, tears and many reminders to myself to take a breath and start afresh.

I believe that, to an extent, we are a product of our own parent’s parenting. The way we respond to the world, our emotional reactions and our temperament, are influenced by our upbringing. I love my mum to bits, but as a young mother she was isolated from her family and frustrated. Having lost her own mother as a toddler, she was raised solely by her stepmother, as her father was not involved in his children’s care. This experience left her angry and quick to violence. Her method of child discipline was generally physical and enacted in fits of anger. Although this may sound terrible, we children were not alone. Most of the South Asian children I knew at school shared similar stories of being whacked with rolling pins or wooden spoons and chased around the house with flip-flops. It was considered the norm and, when compared to friends’ stories, hilariously funny in hindsight.

It became a lot less funny when I had my own children. The urge to quell noise or mischief with a smack or by shouting is almost automatic—a default reaction that requires no thought. In contrast, thinking through how to respond to your child, taking the time to talk to him or her and working through a solution together takes effort and goes against the grain.

I started off trying to make my children behave as I wanted them to. At first by asking nicely, then very quickly through gritted teeth, then by shouting or threatening punishment by physically steering them and finally on the rare occasion by physically punishing them. It took a number of things to make me understand that this was not the most effective or satisfying way to interact with my children. The first was the initial time I smacked my daughter out of frustration. Her response was to turn and cling to me for comfort. I found it so profound that a child would trust and depend on her mother so much that she would seek her comfort even when she was hurt by her. How could I abuse that trust? Another reason I started trying to be kinder to my children was the difference I saw in my youngest son. Because he had never been hit, he never hit the others. He was boisterous and rowdy but never lashed out in anger.

The other insight that helped me become gentler towards my children was to reflect on my expectations of myself as a mother and of my children. As a new mum, I found myself getting upset and angry when I could not manage their behaviour or when they did not meet the standards of how I thought “good” children should behave. Over time, I came to realise that the standards I had set were unrealistic and did not do justice to my children and their differing abilities, temperaments and interests. As I relaxed and made the choice to be led by my children in their learning and development, I found I had to discipline them less.

The pre-motherhood ideal I had in my head of a perfect house with clean, precocious children was exposed for the nonsense it was. I also had to learn to ignore the judgement of others: a messy house and a dirty face is not a sign of bad mothering; and if my children do not memorize the Quran by a certain age, it does not mean that they are slow, or that I have neglected their learning (in spite of people’s comments and digs).

I come from a culture where a good child is a quiet and obedient one. But this approach has its drawbacks: I have found that many people my age cannot communicate easily with their elders. When they need to disagree with something, they will suppress their opinions until they explode and then they are considered rude.

I will not tolerate rudeness to elders or bad manners in my children, but I have taught them that they don’t need to agree with me and that I am able to change my mind on something if they can reason with me politely. The result is that they are learning how to negotiate to get their way without rudeness (ask and ask and ask again in my middle son’s case). It also means they are spirited, opinionated (my youngest son has now declared “I don’t eat any vegetables”) and very confident—including around adults. It helps to have a mother-in-law that does not have the conventional attitude on these things. Mine believes that mischief is a sign of intelligence and that a quiet child is just sneaky—perhaps that makes her feel better about her six noisy, unruly sons (I call them “Ma Baker and her Boys”).

It also helped to deal with my own anger. I was lucky in that my husband is the loveliest, most good-natured of men and that he loved me enough to be patient through my temper tantrums and obstinate moods in the early years of marriage. They say that “love brings up all unlike itself.” His endless patience and my prayers gave me the time to release years of frustration and rage and helped me to become a calmer, more easygoing person. In turn, this has helped me to be a calmer, more thoughtful mother.

Over time I have realised what amazing people my children are. They are ordinary children, but to be exposed to the extraordinary potential within a child, to be caught up in a child’s excitement in everyday things and to catch a glimpse of the monumental impact you can have on the life of a small person is a mind-blowing thing.

I often still find it hard to take the gentler approach. I catch myself shouting or making ridiculous empty threats, but over time it has gotten so much easier to step away from my anger. When I do get angry, I am able to go back to my children, apologise if necessary and agree with them to start again and work together. I am learning to act from a longer perspective of how my behaviour moulds my children and how my actions contribute to being a good Muslim mother who follows the example of the Prophet Muhammad (peace be upon him).

As to my mum, it’s funny how mothers turn into a different species when they become grandmothers. She warned me when my first child was still very small: “Don’t you ever let me catch you hitting that child—hitting a child is a sin.” I thought, since when? Since you finished beating us? But her words made me smile and feel very hopeful about the gentle parenting journey.

Photo by Binti Malu from Pexels 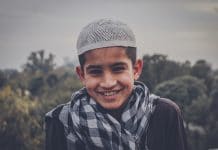