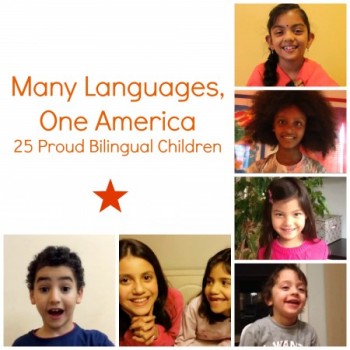 The multilingual Coke commercial that aired during the most watched American TV event of the year—the SuperBowl—was exciting. A prominent multinational company equated the U.S. with multilingualism and featured it on mainstream TV during a very American event. But at the end of the day, all the commercial did was acknowledge reality.

But then the ad came under siege. At first I couldn’t be bothered to listen to the noise, cause that’s all it was to me—misguided rumbling that didn’t deserve attention. But as the #speakamerican clamor crowded headlines and my twitter stream, I knew our children were the ones who had the most important message to deliver: 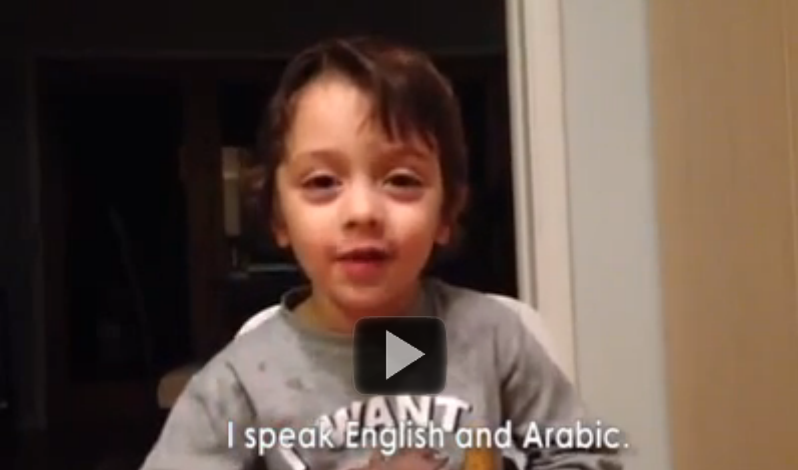 Bilingualism is the proud voice of America with a growing percentage of children growing up bilingual and multilingual. For these kids, bilingualism is just as American as French fries, apple pies and pizza. And then add in some curry, tagine and tamales too. Currently one in five households, including my own, speaks a language other than English at home. And those statistics don’t even count the speakers of English at home that are learning a new language at school. There are over 530 immersion schools in this country and demand for them is outpacing supply in many communities. When I hear polemics about English only, it confounds me why so many see language in zero-sum terms. English can and does peacefully coexist together with hundreds of other languages, as it always has. English-only discourses are a rear-view mirror perspective of our nation, one that fails to confront the reality of the present or consider the future of our country in the context of a globalized world.

Speaking another language is not a threat to the fabric of the U.S.—it is the very thread that makes the fabric beautiful. And more than that, it is the thread that when woven together gives us strength. So let’s stop looking in the rearview mirror and start considering the America that will lead us into the future.

What language does America speak?

English and over 300 other languages.

A very special thanks to all the beautiful families who came to together to make this video a reality. I am grateful. And the biggest thanks of all to video editor Steve Priola, without whom this project would have taken weeks of my fumbling my way through iMovie and looked akin to your child’s cooking project. It was his generosity of spirit, artistic insight and technical knowledge that really made this project shine. Steve is an example of those really good people you don’t find enough of in this world. Thank you.

Please note: we tried very hard to find a Native American language to represent in our clip and we regret that we could not find one in time. There were also many other languages we wanted to feature and it was strictly a matter of timing that we couldn’t include more. 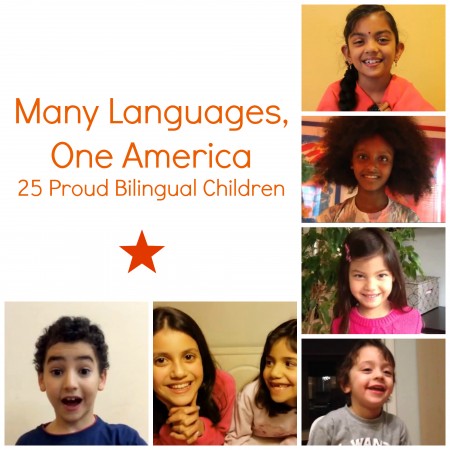