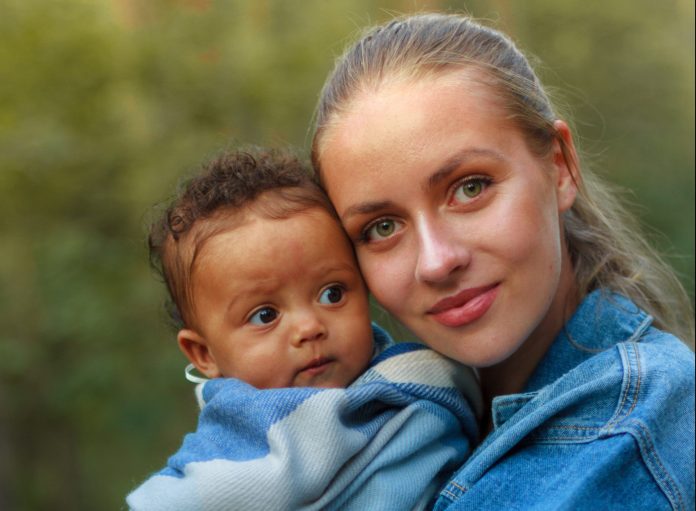 Three years ago, I met my children at an orphanage in Ethiopia. We had been told that our daughter Meazi was two years old, and that her baby brother was eight months old. When we met them we knew we needed to either call the Guinness Book of World Records and report “The world’s most brilliant toddler,” or talk to some doctors and dentists to figure out Meazi’s actual age.

Preoccupied with things like bonding and attachment, the thought of finding schools for either child did not cross our minds. We figured we would come home as a newly formed family of four and work on just being together. Our daughter Meazi, whom doctors and dentists suggested was four, had other plans however. She knew one English word—school—and said it repeatedly.

Meazi had attended her first school at the orphanage, and she wanted to go to school immediately when she arrived in Los Angeles. I asked at our local public school if she could join their pre-k program. Despite the birth certificate saying she was two, the principal spoke with Meazi and enrolled her immediately. She had been cocooning with us for less than a month before she started school. Meazi adjusted to school effortlessly.

My son Melese was entirely different. When he was two years and nine months, several people who knew him had encouraged me (including my mother who was a Montessori educator and school owner for decades) that he was definitely ready for school.

Up until that moment, I had spent nearly every waking hour of the past two years with Melese. We were attached at the chest. I referred to him as my barnacle. We co-slept and never used an outside babysitter, except for my mom once when I needed to go to the dentist. I had worked hard at attaching to him. I laid down with him every naptime and bedtime. Each night I would feel the familiar grasp of his tiny toes on my ribcage as he checked to make sure I was still there. By the time someone suggested that he might need some more people in his life, I sighed a soft sigh of relief. Nine hours a week to myself sounded really, really appealing.

I found a diverse, Reggio-based preschool within walking distance of our house. I explained to the director that my son had a tough history, rife with loss and upheaval. She assured me that they would follow my lead as I began the process of gently sanding off my barnacle. She gave me the huge enrollment packet which included a request for an ‘earthquake letter.’

Mommy and Daddy are on their way, please don’t worry. We love you very much. Meazi is okay, and we will all be together soon. Your teachers will take good care of you until we get there. We love you so very much.

Something unique to Los Angeles, or maybe to the California preschool experience, is the need to write a note for your child to have read to him in case of an earthquake.

I stayed with him that first day for ninety minutes, I sat crisscross applesauce in a circle and sang the “Bumpitybumpityyellowbussayyournameforus” song. Melese sat in my lap, his head on my chest. We had visited the school beforehand; he already had a cubby of his own. People I trust encouraged me to make a clean, quick break when it came time to separate. I told him that I was going to leave in a few minutes, and that I would be back to pick him up after lunch. (At this point, lunch was only another 90 minutes away). I kissed him goodbye as he clung to my leg sobbing. A teacher joined us and helped him sit on the couch so he could watch me get into my car. I drove home in tears. I waited a few minutes and then called to check on him.

“He cried for thirty minutes and is now asleep on the couch.”

“I am coming to get him.” I knew something was terribly wrong.

When he woke up and saw me, he gave me a look that I hope to never see from him again. He was so very angry with me, and so profoundly sad. He threw his whole body around mine and sobbed deep, deep sobs. His plaintive whimpering broke my heart into a million pieces. The next day I told the teachers that I wanted to stay at the school with him until he was okay with my leaving him, until he understood that I would always come back. I sat in a couple circles, sang a lot of songs and got reacquainted with all kinds of dinosaurs. We practiced my leaving for a few minutes at a time, and then coming back. Some days were better than others, and some days it seemed that he was happy to be there. But he still cried every time I left.

Most days I just stayed. One week he began crying when other kids’ parents left.

“It’s okay Melese, his mommy is coming back for him later. Mommies always come back,” I reassured him. It wasn’t true though, and he knew it. His first mother died when he was three months old. She never came back.

Why would he believe me?

My “Dear Melese” earthquake letter pretty much summed up how I felt about him going to school on that very first day last September. I was leaving him in a room with no power, the earth shaking, surrounded by strangers who are kind, but not his family. In my mind he was cowering in a door frame, clinging tightly to a photo of his sister, his pants wet because no one reminded him to use the potty, with tears streaming down his face.

It took three months before we had our first tear-free drop off. He kissed me and asked me to make three funny faces in the window before I left. I called to check on him, and the director reported he was playing soccer with some friends. The daily reports were improving greatly. “He’s out back painting. He’s watering the flowers. He’s digging for fossils.” When I returned at noon, as soon as he spotted me, he packed up his lunch box, grabbed my hand and we would walk out together. He talked enthusiastically about his morning as we lied down together for his nap. I felt the familiar toe grasp on my rib cage, and we both relaxed enough to fall asleep for a short nap.

In one month, Melese will have another first day at a new preschool that is closer to Meazi’s school. This proximity has somehow made school sound much more appealing to Melese. Knowing that his sister who has been with him through everything will be a mere three blocks away has alleviated some of his anxiety. He is older now too, nearly four. In retrospect I wouldn’t have sent him to school last year. I would have waited. I should have waited.

As our new first day of school approaches, I am remembering some advice I received from a friend:

“It’s time for the barnacles, both of you, to morph into Velcro. There will still be that attachment, but you won’t be stuck on one another like glue.”

Meazi’s backpack already sits by the door. She is speculating about which friends will be in her second-grade class, and asking if she can join the choir. Melese wants to know why he won’t be able to bring a lunchbox (they have a family style hot lunch), and why he can’t wear his Star Wars shoes (they discourage licensed characters on clothing and accessories).

I am taking deep breaths, morphing into Velcro and soaking up every last second of our summer vacation. I am feeding the kids popsicles and letting them stay up late. I am trying not to spend any time thinking about earthquakes.