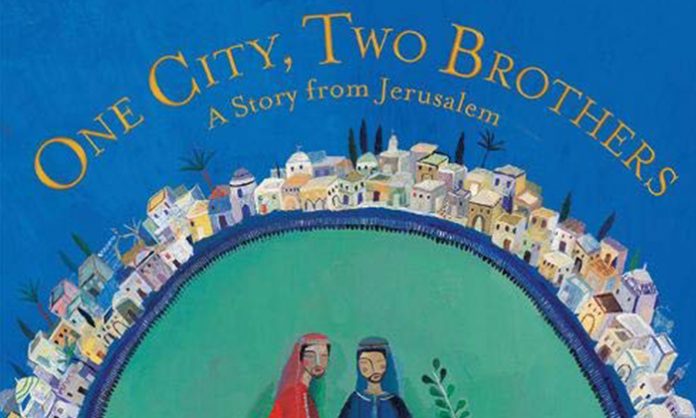 As a passionate proponent of reading diverse books in raising children to be global citizens, InCultureParent is thrilled to be participating in the first ever Multicultural Children’s Book Day: Celebrating Diversity in Children’s Literature. The Multicultural Books section of our website is dedicated to regularly exposing families to an assortment of reading choices for children from diverse backgrounds, age groups, race and gender. Our article 10 Reasons Why Parents Should Read Multicultural Books to Kids was also an effort to raise awareness about the importance of reading multicultural literature.

The backbone of this celebration is a beautiful collaboration–the co-creators are Mia Wenjen from Pragmatic Mom and Valarie Budayr from Jump Into a Book/Audrey Press, and their efforts have received tremendous support from sponsors: Wisdom Tales Press, Lee & Low Books, Chronicle Books, and Susan Daniel Fayad: Author of My Grandfather’s Masbaha.

For this celebration, we are reviewing a wonderful book titled “One City, Two Brothers,” from Barefoot Books, a leader in publishing multicultural children’s literature while celebrating art and story. We’ve read and loved their work and have featured several of their books in the past. Disclosure: we received a free copy of this book, but the choice to write the review was all ours. 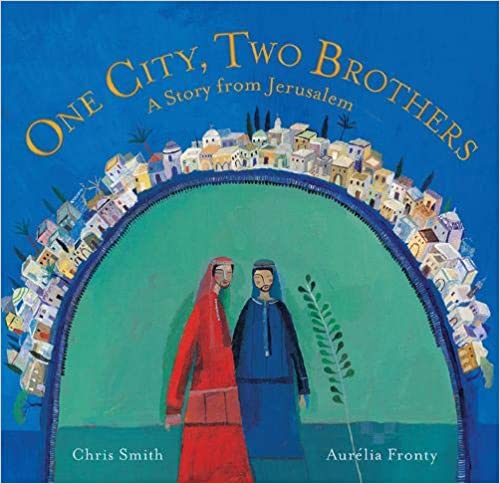 One City, Two Brothers
By Chris Smith and Illustrated by Aurélia Fronty
Ages: 6 and up

This book is a celebration of the universal themes of peace and brotherhood. It’s a story of kindness. It also celebrates storytelling and the power of traditional stories.

It opens with two brothers standing in front of King Solomon seeking advice on an inheritance dispute. In an attempt to resolve it, King Solomon tells them a story of two other brothers from a long time ago.

Now, these two brothers lived on either side of a river valley. While the older one was married and with children, the younger one chose to stay single. They farmed the land between them and shared the harvest. During one particularly copious harvest season, the older brother decides to surprise his younger sibling with three extra sacks of grain from his share, as he believed that his lonely brother might need it more than him during his old age. He drops off the sacks and returns home only to find the three sacks back in his store! Bewildered, he repeats the ritual the next night but ends up finding the three sacks still in place in his house. But on the third night the mystery is solved – the brothers run into each other on top of a hill between their two villages. It seems the younger brother had also been on a similar mission the past two nights. All along, he had been dropping off three sacks from his share so that his brother could use the extra grain to feed his large family. King Solomon concludes his story pointing out that a holy temple now stands on that hill, in Jerusalem, commemorating this instance when the brothers stood in silence realizing how much they loved and cared for each other.

The pictures in this book easily appeal to children; they are rustic and yet vibrant because of a brilliant choice of colors. The images are also very illustrative of the events in the story. A write-up on Jerusalem at the end adds value explaining the bigger intent of the book as well. In lucid language it introduces the city’s history and its mystique surrounding numerous mosques, churches and temples. It grounds King Solomon’s story as a simple Arab as well as Jewish folktale often retold in many places of worship everywhere. It lightly touches upon its contemporary status and ends on a note of hope for peace in the area. Even though this piece refers to today’s contention in the Middle East, the story itself is well-written with no political undercurrents and stands true to the qualities of an engaging folktale.

As for the book’s relevance—in an immediate sense, it introduces and helps children understand diverse faiths and their beliefs. We have many Jewish, Christian and Muslim friends, and reading a book like this helps my kids develop empathy. In a larger sense, I believe such stories that reinforce humaneness also sow the seeds in little minds for peace and understanding among friends and neighbors, and among communities or countries later on.