In many Amazonian cultures, including the Bari and Yanamami of Venezuela, the Canela, Mehinaku and Awawete of Brazil, the Ache of Paraguay and the Matis of Peru, people believe that a child can be fathered by more than one man.
Although the husband is considered the principal or social father of the wife’s children, just after conception the wife will specifically seek sex with other men, usually with her husband’s consent. While the Mehinaku joke that it’s an “all male collective labour project,” the Ache have specific vocabulary to describe the intricacies. Miare means the father who put it in, peroare means the men who mixed it, momboare means the ones who spilled it out and bykuare means the father who provides the child’s essence.
The details differ depending on the specific group but the basics are the same—they believe that any men whom a woman has sex with around the time of conception are that child’s fathers. Any “extra” fathers who are believed to be responsible for the child’s creation, are expected to provide that child with food, especially sharing any meat they hunt. As a result, children with more than one father have a better survival rate than children who have one. A study on the Bari in Venezuela found that 80% of children with secondary fathers survived to age 15, compared to just 64% with a single father.
The Canela of Brazil are a pretty remarkable society. There are only 1,300 of them living in one large village in the Amazon, and studying them has been a life’s work for Bill Crocker, who started his field work with them in 1957 and continued into 2000. It’s not clear if he is the one obsessed with sex or the Canela, but sex figures prominently in his observations. Boys and girls start sexually activity very early. They have sex with older women or men to “gain strength” from them and girls are expected to enjoy sex with groups of men learning “to create group joy with her body.” Unfortunately, we never learn from Mr. Crocker’s studies how the women feel about all this sex.
Among the Canela, Mr. Crocker reports that ”during her pregnancy, a woman begins to think about whom she wants as contributing fathers for the ‘biological’ formation of her foetus, and looks around for chances to have love trysts with such men.” She chooses men based on their abilities to hunt and farm as well as their personality traits, all of which are believed to be passed through their semen to the child. She arranges “to have sex privately with each of these men in the usual manner,” who have little choice but to comply, especially once she has told them she is pregnant. Refusing a pregnant woman is believed to cause a miscarriage. At the birth of a child, contributing fathers are forced to acknowledge their paternity and therefore, their responsibility toward that child.
The Bari living in the Venezuelan Amazon are not as sexually active as the Canela. The only time most women would seek a lover is during early pregnancy—again, with the husband’s knowledge. A detailed study of 111 Bari women found that two-thirds had taken a lover for at least one of their pregnancies. Between them, they had given birth to a total of 897 children (an average of at least eight successful pregnancies each) a quarter of which had secondary fathers.
The researchers suggest that the small amounts of extra animal protein the children receive from their secondary fathers make a crucial difference in survival. But perhaps it also has something to do with the mothers’ character—maybe the alpha mothers, the ones who secure a secondary father, are also more likely to benefit their children in other ways. These women may be healthier, have more family support or a higher social status in the group, all of which may give them and their children other survival advantages.
In comparison to many other cultures around the world where men often hold the upper hand when it comes to sex and marriage, these practices from Amazonian cultures are a nice example of the reverse.
******
For further reading, have a look at:
Beckerman, S et al (1998). “The Bari partible paternity project; preliminary results,” Current Anthropology 39(1):164-167.
Crocker, W and Crocker, J (1990). “The Canela: An Ethnographic Introduction,” Smithsonian Contributions to Anthropology. 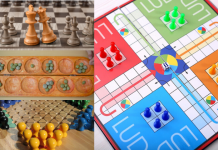 5 Board Games from Around the World 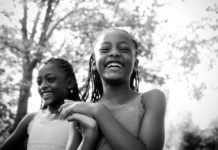 22 Adorable Children Laughing Around the World 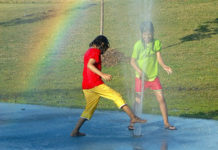