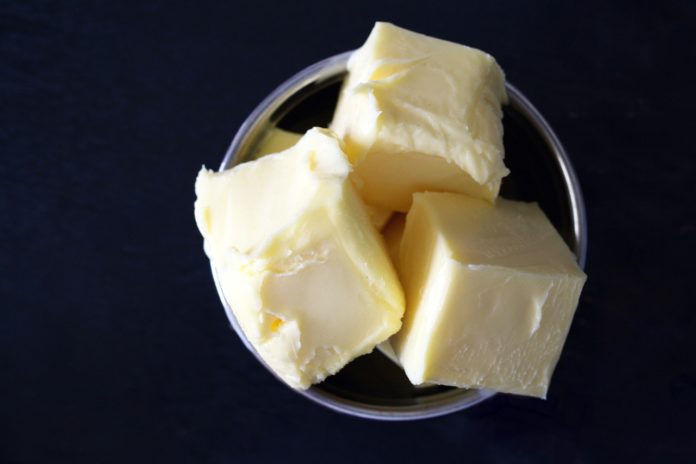 On my first visit to Morocco, I was introduced to my husband’s family as his fiancée, even though we were just dating (since dating isn’t a concept that Arab society openly accepts). Although I had traveled widely and had spent time in Muslim countries before, I was very, very nervous for this trip since I was the first woman my boyfriend was introducing to his family. I really wanted them to like me and I was worried I would do something culturally wrong.

I’m sure in my caution, I must have behaved very stiff at first. But luckily, they were warm and welcoming, even his 90-something-year-old grandmother who upon meeting me, asked in disbelief, “Is she from Bush’s country?” One morning at breakfast, I was eagerly trying to learn all the Arabic words for our breakfast foods. His sister pointed at the different items on the table, quizzing me on the words for olives, bread, cheese, jelly, eggs, olive oil and butter. I had forgotten the word for butter.

“Zoubda,” my not yet husband reminded me. But he said it too fast.

“Again, please.” It sounded like a blur, I couldn’t quite get the distinction between the “b” and “d” sounds. “Say it slower.” So he started to break up the word so I could understand it easier.

“Zoub-” and as I opened my mouth to repeat after him, he abruptly told me to stop speaking, the lesson was over. And he stopped talking to me.

I looked around embarrassed at how he had just spoken to me in front of his whole family. Everyone was looking down uncomfortably. I felt vindicated that even his family was embarrassed at how he treated me. I was so incensed that I was tempted to challenge him on it but decided to stay silent as I wasn’t yet sure of my standing in the family. The silence ensued.

“Was my pronunciation that bad?” I finally ventured to ask.

“You shouldn’t practice Arabic anymore,” he replied authoritatively, in a tone that was totally uncharacteristic.

All of a sudden, I no longer felt like I fit in so well. I wasn’t sure what to make of everyone’s silence. I did my best to smile through the rest of breakfast but something was very off and everyone seemed to be in on it, except for me. For the first time during the visit, I felt like a total outsider, to even my soon-to-be husband. How could he not want me learning Arabic, his language? Shouldn’t he be happy I wanted to learn his language? As I chewed on my baguette, I let my mind jump from point A to Z with all sorts of wild conclusions about our relationship and its future. Maybe this was the person my boyfriend was around his family, I started to wonder. Maybe he wasn’t whom I thought he was if this was how he treated me in front of his family. Maybe our relationship was doomed. I reminded myself to not let my face betray my thoughts as it is famous for doing.

Some hours later, when we finally had some moments alone, I demanded indignantly to know what the hell had happened at breakfast. He started laughing. I grew angry. Sure, it was really funny how you treated me in front of everyone. Hilarious.

“You know how you were trying to pronounce butter?” Obviously I did. I hadn’t forgotten a single detail of that breakfast.

“Well, while zoubda means butter, zoub in Arabic is an extremely vulgar word, meaning something like dick or cock. So as I was breaking up the word for you, I suddenly realized what I was saying and needed to quiet you down as fast as I possibly could before you started uttering all sorts of profanity at the breakfast table in front of my entire family. And since I know how persistent you are, I had to make sure I really silenced you so you wouldn’t keep trying.”

He was right and he certainly knew my character. And it was hilarious.