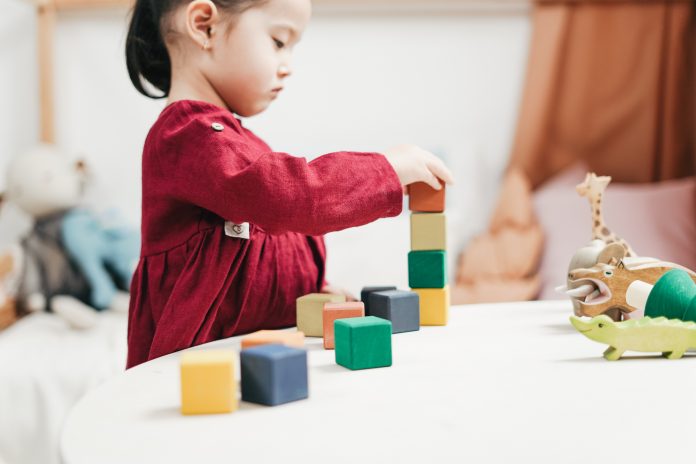 Laying the Groundwork for Talking about Racism

I always knew that this day would come and have been preparing my children for racism since they were two or three. I read books and articles, hoping to put it off as long as possible. I secretly gave them tools to fight with, without actually telling them what the fight was all about. I did not want to taint their innocence, but I knew they had to be ready.

Still, I was unprepared for how sad I would feel when my kindergartener told me about her first brush with a racist slur.

I say “brush” because the comment made by one of her classmates was not really directed at her. Uttered in innocence, it was not meant to be insulting or malicious, but it hurt her nevertheless.

At lunch one day, my daughter used her hands to make a funny face, about which her classmate observed, “Those are Japanese eyes.”

My heart sank at my daughter’s report, but I tried to control my expression as memories of my own classmates’ chanting came flooding back.

My daughter said to the girl, “No it’s not.”

A student teacher happened to overhear the conversation and stepped in to say, “My eyes are a little bit slanted, but I’m not Japanese.”

I asked my daughter how she felt and she and I am heartbroken said, “Bad,” although she says she felt better after the teacher stuck up for her. When I asked why she felt bad, she said, “Because Andy is Japanese!” Andy is her best friend, but he is Chinese, not Japanese.

Then she said, “I saw a Japanese person once and his eyes weren’t like that.”

She points to the Mulan plate in front of her and explains to me what Mulan’s eyes, my eyes, her sisters’ eyes, and her eyes look like. “Nobody has eyes like that.”

She is indignant but does not understand why. She does not know the rest of that dreaded rhyme, that it slurs Chinese eyes, too. She does not know that some people confuse Chinese and Japanese and other Asian people. She certainly does not know that there are those who do not like Asian people, or who think we are not as good and do not belong here. Still, she feels it in the pit of her stomach. I am heartbroken for my six-year-old, and feel that because I already fought this battle for myself, she should be spared.

I rehearse what I am going to say to the other child’s mother, because you have to be careful how to say these things. First, I will pseudo-apologize: “Well, it’s just hard on her because it’s her first time.” But immediately, I am the one who feels indignant. They never have to worry about their child’s first time facing racism, I think. They don’t dread the day when it will hit. Besides, I know that it is not going to be any easier the second, third or fourth time.

So how do we prepare our children for racism? Here’s what I learned from other parents, experts and my own life: Start early, remember and examine our own experiences, practice coping methods ahead of time, build self-esteem and a strong sense of identity, teach them to tell an adult and show them how to take action.

Start Having Talks about Racism Early

Racist comments can come as early as preschool. Often preschoolers do not understand the connotations of what they are saying, but they are beginning to notice differences among them. Just as you would not want to wait until after your child has been molested by the neighborhood pedophile to teach her that her private parts are private and not to go off with a stranger, you should not wait until after her first encounter with racism to teach her about it. (As an aside, experts say that one of the best defenses against child molesters is simply teaching your child the correct names for their private parts because then she has the words to tell someone else exactly what happened. I think a similar case can be made for anti-racism education.)

You do not have to tell her all the gory details about racism, but you can still give her generalized rules and ideas about tolerance like “Do not exclude people” and “Everybody is different and difference is cool.” Correct her when you hear her making incorrect, stereotypical statements like, “Boys do not have eyelashes” or “This brown doll is dirty,” so that she learns to look past stereotypes and to examine differences for herself.

Remember Your Own Childhood Experience with Racism

Remember your own childhood experiences with racism, how you felt, what you did, and how you wish it could have gone instead. Read about other people’s experiences and reactions. Talk to other parents and teachers to get ideas about how to handle it. Examine your own prejudices about Caucasian Americans, African Americans, multiracial Asian Americans, and others. If you have girls, you will also have to think about sexism in both your Asian culture and in mainstream American culture.

If you have not had personal experiences with racism, think about other instances of bullying or discrimination such as ageism, religious and gender discrimination, etc. Try my Scarlet Letter experiment.

The Scarlet Letter: An Exercise in Exploring Visible Difference

In The Scarlet Letter, Hester Prynne is forced to wear a scarlet “A” on her chest because she was caught committing adultery during Puritan times. Imagine wearing an A on your blouse; or to update it, a D for Divorced, G for Gay, or S for Premarital Sex. You may not think there is anything wrong with being divorced or gay or having premarital sex anymore, but some people still do. And because of the D, G or S on your chest, they know who you are. But you do not know who they are: their behavior, assumptions, background, feelings or other personal attributes.

When you go to a club and 10 people ask you to dance: is it because you look so beautiful today, or because they think you’re easy? When the club’s bartender fails to give you prompt service, is it because they are really busy or because they are afraid to catch AIDS (and everyone knows divorcees all have AIDS)? When you try to rent a house and do not get it is it really because they rented it to someone else or are they afraid of the wild drunken orgies they know divorcees have? When you meet someone new, do they expect you to know and teach them everything there is to know about the experience of being divorced? When the topic of divorce comes up, does the whole room turn around and look at you for the definitive answer? Do people in the grocery store check out line ask you, “How long have you been divorced?” “Did you catch him in bed with another woman?” “Did you divorce him or did he divorce you?” “Are you going to wear white in your next wedding?” “Do you use condoms?” or other too personal questions. Do your friends who you think are liberal and accepting surprise you with comments like, “She’s gotten so fat, it ’s no wonder he divorced her…Oh, well I don’t mean you. You’re big boned.”

It does not take long before you start double guessing people’s motives or you simply get tired of the same dumb question over and over again. These examples are minor compared to getting beaten up or killed by illiterate skinheads who cannot tell a D from a G from an S, but they still chafe like a burr under the saddlepad of supposed equality.

Remembering and recognizing stereotypes, and rehearsing strategies for confronting them, is a necessary and important step in helping your child. There comes a time, however, to put the lessons into practice.

Photo by cottonbro from Pexels

This article was originally published in 2013.