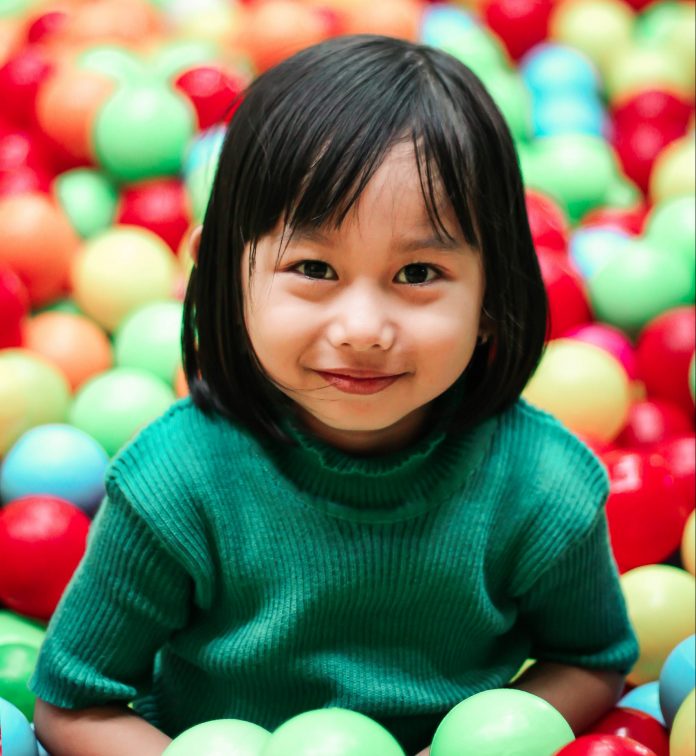 If you missed Part I of the series on Preparing Our Children for Racism, you can catch up on it here.

After my six-year-old’s first brush with racism, I had to act. How do we prepare our children for racism? Start early, remember and examine our own experiences, practice coping methods ahead of time, build self-esteem and a strong sense of identity, teach them to tell an adult, and show them how to take action.

Always be on the lookout for “teachable moments”—situations that parallel an experience of racial stereotyping or slurs but are not so loaded. These help your child practice how to deal with unfairness, preferably with her occasionally on the offending side, too, so that she is not always the victim. For us, a moment presented itself one day during Chinese summer camp when all the girls ganged up on the one boy and made fun of him on the monkey bars. All the children were Chinese-American and all the offenders were girls, so the lesson was not directly about racism or discrimination against women, but a more general lesson against torturing people who are different from you.

Give your child the words to use so that when that moment comes she will know what to say. For example, when one sibling tortures another sibling, let her practice using her words, “I feel hurt/angry/sad when you say that, please stop,” or “No, that’s not true.”

Teach your child how to say that she is American and her family originally came from China or Thailand, Vietnam or somewhere else so that when the dreaded “Where are you from” question inevitably arises, she can answer quickly without fumbling for words and without embarrassment.

Building up your child’s self-esteem is the best defense. Give her a strong sense of self and her ethnic heritage. Allow her to define herself, rather than letting racist comments and stereotypes do it for her. How? Surround her with other children like herself so that she will have allies and not be the only one. (Also expose her to children of diverse backgrounds so that she, too, will learn about diversity.) Help her make connections to other Asians and other people of color. Buy multicultural books and videos, dolls and action figures, and watch Asian television and movies—or ones from your cultural background—so that she will see her image reflected around her.

It’s not very Asian, but tell her she is beautiful or he is handsome, as well as smart and nice. Take her to places where she will see other Asians and people of color, like Asia, California, New York, the Asian grocery store, Chinese School. Teach her about your family’s culture and all the incredible things that Asians and Asian-Americans have invented and accomplished. This applies for other cultural backgrounds as well. Give presentations at school and educate her peers. Keep an eye on her posture and teach her to stand tall and walk briskly. If a bully cannot get your child to react, then there will be no fun in it.

When the kids taunted you on the playground, did you ever tell your parents or teacher? Neither did I. If I had, they probably would have told me to turn the other cheek and ignore it. These days, however, adults are more aware of bullying and racial taunting. Even if people dismiss our specific sensitivities as “political correctness” or fail to understand them, they know that racial hostility is a sensitive issue. Conflicts among children have become more dangerous—even deadly—since we were kids, so responsible adults are less apt to just shrug off school-yard racism saying, “Kids will be kids.”

We should teach our children to tell a teacher, an adult, and most importantly, their parents. Take a deep breath and ask open-ended questions to find out what really happened. Listen. Let her talk about how she feels. Let her express her anger and hurt. Let her know that you understand, that it happened to you, too; that it happens to a lot of people and it is not fair. Tell her stories about how people she knows faced and dealt with similar situations. Give her tools and ideas with which to cope, such as may be found by consulting some of the resources listed in this article’s sidebar. Help her strategize what else she could have said or done. Let her know that it has less to do with her than with the bully’s own insecurities and shortcomings. Assure her that home will always be a safe haven where she is loved unconditionally. Kiss and hug her.

And then we need to take action. If we say nothing, our silence gives our assent and allows racist incidents to be perpetuated. Our children also need to see us stand up for them so that they can learn to stand up for themselves.

We need to work together with our children’s teachers and schools to bring multiculturalism and tolerance into the curriculum. Getting your child involved in the process is especially empowering. There are many resources available online, and many organizations that specialize in racial sensitivity training for schools.

If the teacher is the problem, or if the teacher does not acknowledge that there is a racial problem, then you need to pull out the big guns and talk to the principal and to the School Board. If you are worried that you might be making a big fuss over nothing, ask other Asian-American parents (especially those who have grown up in America) and other parents of color what they think. Get them to rally with you. Make waves. Worst case scenario, move (to California), or get your child out of that classroom and into a more multicultural and tolerant environment.

My daughter’s first brush with racism was relatively benign, as these things go. Everything that should have happened (like the teacher intervening at just the right moment) did happen, and it really could not have gone any easier. It happened at her hip and liberal multicultural school, which is 30% Asian.

The slur was not really directed at her and was not intended with malice. She had the words and the self-confidence to say, “No, it’s not like that.” A vigilant teacher overheard the exchange and intervened immediately. My daughter told me about it within two days. I talked to her teacher about it the next day. I know the other child and her family—they are not racist; I plan to talk with them about this tonight. My daughter is happy at school, popular and social, and she has bounced back with no problems. She still signs her name in Chinese and still likes to sing her Chinese poems to the class at circle time.

The only difference is that she has suddenly started drawing Japanese ladies with the big elaborate hairdos, chopsticks in their hair, and little squinty, slanty eyes. When I ask her about it, she is embarrassed and will not tell me about it. I suppose that despite all my efforts and preparation, this is still something that she has to work out for herself.

Photo by kelvin octa from Pexels

This article was originally published in 2013.