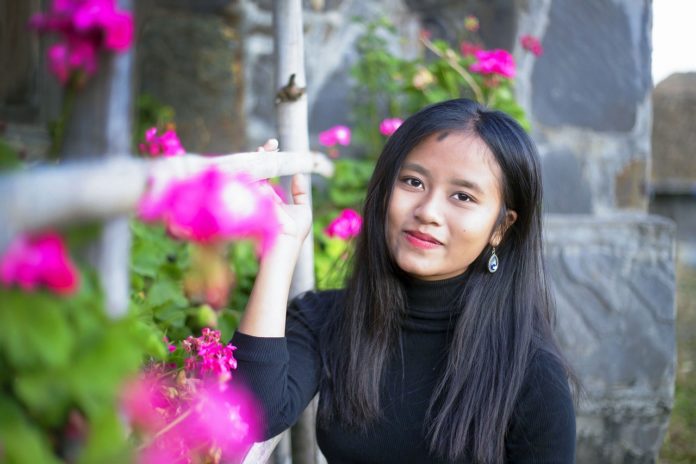 It was really exciting to sit down and talk to Julia, a 27-year-old multilingual who was raised trilingual in Japanese, Portuguese and English and now also speaks Spanish. I was really curious about her multilingual upbringing and what she thinks her parents did right. Her big advice to us parents raising bilingual and multilingual kids: reading is just as important as speaking! Read our interview with her below to find out more.

Please tell us how you speak all your languages.

My dad is Brazilian and my mom is Japanese. They met when my dad was pursuing his PhD in Japan. I learned Portuguese and Japanese since each parent spoke to me in their mother tongues. I was born in Japan, moved to Brazil when I was three and then moved back to Japan with my mother after my parents got divorced. From age 7 to 15, I went to a regular Japanese school in my hometown. Even though my dad did not live with us, he would call frequently and he spoke to me in Portuguese. I remember not understanding what he was saying at times, but he only spoke to me in Portuguese. When I was 15, I moved to Brazil to live with my grandparents. In Brazil, I only spoke in Portuguese but went to an American school where I learned English. When I turned 16, I moved to the U.S. and studied everything in English. I learned how to speak Spanish in school since it’s really similar to Portuguese.

Did your parents stick to their languages all the time or mix them?

My mom spoke to me in Japanese and my dad in Portuguese. They spoke in English with each other. They definitely stuck with their language when they spoke to my brother and me at all times. I remember they would just say words like “NO” and “DANGEROUS” in the language that we understood the most.

What language was your home environment?

I don’t remember well before I was 7 years old, but they spoke in their languages to us everywhere we went. After my parents got divorced, my parents both remarried people from their home country. So I spoke in Japanese in my mom’s house and Portuguese in my dad’s. When I tried to switch languages, they would correct me every time. I remember being slower at learning languages when I was little, but it all worked out in the end.

What language was your school?

When I lived in Brazil, it was Portuguese and English. In Japan, it was in Japanese and when I moved to the U.S., my school was taught in English.

What was the hardest thing for you about moving countries when you were 7 and again at 15?

When I moved from Brazil to Japan at age 7, I had to wake up at five in the morning to learn the alphabets (hiragana) just to catch up to my peers in Japan. I also felt like I needed to know more Japanese to prove to people that I was actually Japanese. So that was tough. While I was learning Japanese, I could still understand what people were saying. When I moved to the U.S., I had no idea what was going on in conversations and in books while learning English. I remember not understanding anything at all for six months. Of course school is important, but not understanding people’s jokes was the hardest part for me for a few years in high school.

I feel that Japan is home. I think it’s because I understand the Japanese culture well.

My mom made me read all the classic novels when I lived there, and I kept reading after I left and I still read books in Japanese. I can connect with the feelings described in these novels more than in Brazilian and English literature. Also, I feel that even though I moved to different countries, I grew up in Japan. I made my first “best friends” in Japan that I still keep in touch with and I was disciplined in Japanese. With Skype, I feel that I have never left my mom to come here, I am always home when I talk to her through the computer screen.

That being said, when I am in Japan, I miss the U.S. I miss how I can say whatever I want and be what I want to be here. I also think that U.S. has brought me great opportunities, friendships, mentors that I would have not been able to get in Brazil and Japan. I feel like I integrated to the American society and culture well, and I will forever appreciate my parents’ courage and willingness to educate me here.

You had mentioned you and your brother feel differently about the languages you feel comfortable in. Can you tell us a little more about this and what you think made the difference in how you each command your languages?

My brother thinks Japanese is his first language. But he said that the borderline between fluency is less for him. He is fluent in English, Japanese and Portuguese. On the other side, I feel I am much more fluent in Japanese than in English.

I think it comes down to what was the language of our first books. My brother left Japan when he was 12 and I left when I was 15. By age 15, I could read the newspaper and understand it, but my brother couldn’t. By the time I moved to the U.S., I knew how to describe my feelings and thoughts well in Japanese. So English became my second/third language. For my brother, he learned how to describe his thoughts in English in middle school and I think he is more fluent in English than I am.

What are the things you think your parents did right in raising you to be multilingual?

I think requiring me to speak a certain language to communicate was definitely important. The rule was the same no matter where we went. Also, even though I did not enjoy it sometimes, I have read a lot of books growing up. Reading made me understand the culture and how words are tied together to make a correct sentence. It helped me have good writing skills. I think it’s important for parents to make sure kids can both speak and write.

Is there anything you have seen parents do wrong in raising multilingual kids?

I know you have studied neuroscience. Do you think your language experience is consistent with the research on languages from a neuroscience prospective?

From what I have read, it has been found that the maturation of pattern of regional activation is incomplete at age 10. This suggests that the processing of languages is different and more molded at a younger age. Also I found that these areas are less active as you get older. The data suggests that learning a language at a younger age might be better. I think this is consistent with my experience. I think it helped that I learned languages before 15 to speak them without any accent. But I think buying too much into all the data makes one discouraged to learn a new language when you are an adult. As one article said, if the language skill is “needed” adults can learn it too, but they might have a hard time with pronunciation.

What are some of the challenges of being multilingual?

I am repeating myself. But being able to write and read well in multiple languages is hard. When I meet someone who can write well in their native language, I envy them. If they can write 100% in English really well, I can probably write and read in my languages about 70%. I still have “280%” ability in these four languages but it doesn’t compensate for that 100% in one language.

What do you think made you a successful multilingual?

I became multilingual because my parents were persistent that I spoke in both of their languages. Even if I was slow at saying things, they waited until I said it in the right language. That was always the rule. Also, even though I am older now, I continue practicing. I have international friends that I communicate with, and there is always someone in your town that speaks your language. With Spanish, even if I know I am saying it wrong, I try until I get it right.

Thanks so much Julia!