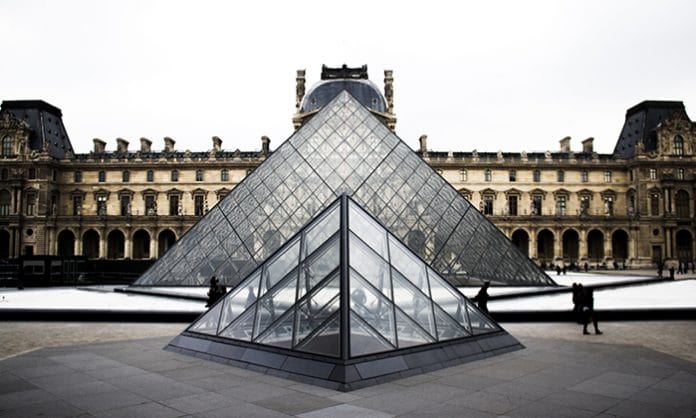 Maria:  In a suburb of Paris, France. We’ve also lived in Provo, Utah and other surrounding cities of Provo during and after our Brigham Young University (BYU) studies.

Maria: We were in a French civilization class together. Although winter semester began in January, it was February before I noticed the cute Frenchman in my History of French civilization class. There was something special about him and so I went out of my way to talk to him one day when I saw him in the bookstore. He mentioned being willing to help me out if I was having a hard time in French. I was! And so the next time I saw him, I took him up on his offer! We started out studying once a week, then twice a week, then every day. After a while there was no more studying going on but we were still seeing each other every day! We would spend hours talking and laughing and when we weren’t together, we’d call each other on the phone, but we were just friends!

Then, a date to see a production of Shakespeare’s “A Midsummer Night’s Dream,” a late night kiss when we said goodbye after he had been helping me write a paper and then a cruel end to the semester made it clear what our feelings for each other were! Our friendship had blossomed into romance—we had become inseparable! We quickly got engaged, flew to France to spend the summer with his family and were finally married in Los Angeles, California on December 17, 1999. Our blessed union has brought four adorable blessings: Alex, Elena, Gabriela and Rémy!

Samuel: During winter semester 1999 (around February), I noticed Maria first because she was late to class quite often, and having a preference for brunettes with black eyes, she somehow stuck to my mind.

She is the one who made the first step. As I was passing through the bookstore to go to a class, I heard someone saying “hi” to me behind me. We had a brief conversation and knowing that she was not a native French speaker, I asked her if she needed help. She gratefully responded that she did.

We decided on a place and time to meet and we started our little study sessions. We would go over our reading assignments and were quite serious at first, but little by little our conversations drifted from homework to anything but homework. Very fast I realized that something about her was different. I usually was very shy and nervous around girls but with her I knew I could be myself and it felt so good to me.

We continued seeing each other to “study” for a while and became good friends. Then, she asked me to go see a Shakespeare play. I was so happy about the invitation that I lied about liking Shakespeare!

After the play, we went to TGI Friday’s. I already knew she was funny but at the restaurant she made me laugh so hard and dragged me even further into my “in love” state. It was the point of no return for me.

After this first date, we spent more and more time together. My own grades in the French class were starting to go down a little as hers went up.

As we were approaching finals, I went to her apartment to type a paper we had worked on together. It is that night that we exchanged our first kiss… I was so excited that I remember screaming in my car like an idiot all the way back to my apartment.

Following that evening, the very thought of being without her was torture to me. Saying goodbye to her at the end of the day was the hardest thing to do.

We dated for another few weeks and then started to talk about engagement and marriage. It took some convincing on my part, but we were married that same year on December 17,1999!

Maria: My children and I all have American passports.

Maria: My husband and I speak English together because when we met my French was not all that great and I was very intimidated to speak French in front of such a handsome French guy and so English it was, English it is and English it will always be. Even though I speak near-native French now, we continue to speak in English! I was also raised bilingual in English and Spanish. (My dad is from Lima, Peru and my mom is from Mexicali, Baja California. They met and fell in love and got married in Southern California (Rancho Cucamonga) where they raised their seven children!)

Samuel: I only speak French to the children.

Maria: With each other, the children speak French. It is their play language of choice! They also speak only French with their Papa. With me, they speak either Spanish or English depending on the two-week time period. They are fully trilingual French/English/Spanish.

Maria: We watch lots of DVDs in English and have an official weekly date at the library where the children get mostly French books but will sometimes venture to other languages. We also have quite a few books in French, English and Spanish at home. We have both Anglophone and Hispanophone friends that we like to spend time with and I try to do lots of different activities with the children to encourage expression and vocabulary development, such as crafts, cooking and baking, board games, picnics, etc. We try to keep in close touch with our extended family in California and Texas, some of whom are bilingual. And we’ve visited family in Mexico, but not yet in Peru!

Samuel: Movies are always in English. They have friends and family members who speak English and Spanish.

Maria: Opening the doors to a multicultural, multilingual world. Opening my children’s eyes to the beauty in all cultures. Helping them to become tolerant of differences and to celebrate their own rich heritage.

Samuel: Besides giving them a great asset for their future careers, I hope that it will help them understand, appreciate and be open to other cultures and people.  We also want them to cultivate and respect their rich heritage.

Maria: Find your motivation. Why do you want to raise your kids as multilinguals? Knowing that I want my children to continue the link with their rich heritage through languages is a powerful motivator for me. But that’s not to say that there are not other powerful motivating forces—the cognitive benefits, preparation for a career in a multilingual world, helping our children to become more sensitive to an increasingly multicultural world. Whatever your motivation, find it and it will help you push through the challenges of raising a multilingual family until it becomes a habit and ultimately an integral part of your family culture.

Samuel: Don’t mix languages with them. Have the father speak one language and the mother another language. Children need to have references or they will mix up languages.

Maria: We are both members of the Church of Jesus Christ of Latter Day Saints (Mormons). We are raising our children to live Christ-centered lives by following the principles that our church teaches us.

Samuel: We raise our kids according to our beliefs while encouraging them to respect all people and beliefs.

As a family we love to eat Mexican tacos, French raclette and fondue, American hamburgers, but we have also recently ventured into the world of Peruvian cuisine when I made my very first papas a la huancaina!

What are the best place you have been on vacation with your kids?

We always love our vacations to see family in California. They are magical! But the children also love vacations with the grandparents in France where we explore different parts of France and Europe, like the Périgord, Espelette, Spain or Andorra.

What are a few of your children’s favorite books?

My children have really enjoyed all the Usborne Multilingual Books

starting with the touchy feely board books for babies to the picture vocabulary books, the scientific ones and the 1000 things to find series. We have some in English, many in Spanish but they are also available in French. We’ve also enjoyed reading Peter Pan

aloud as well as The Tale of Despereaux: Being the Story of a Mouse, a Princess, Some Soup and a Spool of Thread

Maria: I love to celebrate every little holiday, doing special crafts or making a special meal, treats or a gift in a very lively, American way. Sam follows the more discreet French tradition of celebrating holidays. An example of where a conflict might arise: Valentine’s Day!

Samuel: I think over time our cultural differences have mixed together to create our own family culture made of French, American and Latin American influences. We are all very attached to French cheese at the end of our meals, our favorite meals often include Mexican culinary items and we never miss a Thanksgiving meal. As far as I know there are no conflicts in the family due to cultural differences. We do joke about each other’s cultures often however.

Samuel: To know where we want to live and raise our kids. Living far away from at least one side of the family, no matter what. We always miss certain aspects of living in the “other” country. Plane tickets are very expensive to go visit family.

Maria: My children are proud to be multicultural and love speaking three languages! This makes all the hard work more than worth it! It’s also fun to see them be able to communicate with people in all three languages! For example, when visiting family in Mexico, seeing my relatives shocked expressions to hear my then three-year-old blue eyed, fair-skinned boy speak Spanish!

Samuel: Creating family memories and visiting family members in different countries. Being able to mingle with friends with different backgrounds and cultures. Making our own balanced family cultural mix that we feel good with.

Maria: It’s a lifestyle and we love it!

Samuel: I love my family!

Thank you Maria and Samuel.

What Confused Me Most about Brits

Making Sense of the Berlin Wall as a Multicultural Family