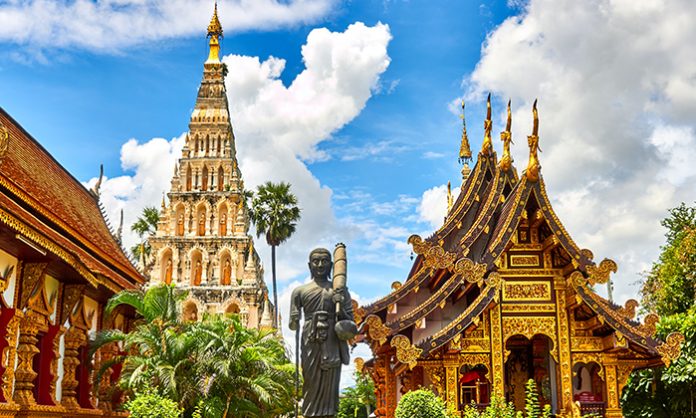 Meet Javier and Cordelia—a French-American-Mexican couple who are raising kids in Asia after a romance that spanned London and New York City.

Cordelia: I was born in New York to a French mother, American father.

Cordelia: We live in Thailand. We have lived together in New York, Singapore and Thailand.

Javier: I lived in Mexico and the Netherlands before moving to New York and meeting my wife.

How did you meet? (And please give us the good, long story with all the details! Don’t skimp!)

Cordelia: I was living in London, working long hours and studying part time in the evening. He was living in New York, having recently finished his Masters in the Netherlands and interviewing in London, I later found out, for a job in a building above the gastro pub I spent many Sundays.

Having explored all my social networks and failed to meet anyone suitable for a date (read: ‘I was rejected a lot’) I decided to give internet dating a try—still rather taboo in the U.K. at the time. I opted for a fake profile stating I was living in New York, which I justified as I had been toying with the idea of moving back after a decade abroad. I figured it would be good practice to test out a few emails on the U.S. site before giving the London one a try. Funnily enough, J, my husband, was the first person I ever wrote to online. We became pen pals of sorts—well, I would write him as soon as I got an email from him and then he would wait a week to respond. He claims he was taking his time to compose good emails.

We didn’t meet in person until a few months later when I was heading over to New York to celebrate my father’s 70th birthday. As it turns out, he was celebrating his birthday on the same day. We didn’t manage to connect; actually he’d been rather silent. My whole trip was rather last minute so I’d just sent him an email with dates and my parents’ telephone number where I would be the day I arrived and hoped for the best.

We met the night I arrived; I hadn’t slept in about 36 hours due to a crazy house party the night before I left. It was touch and go, but in the end, I got my sixth wind and the evening ended in him hoping I would come check out his record collection. We spent every minute I could spare from my family together and four days later I said goodbye and headed back to Europe. Six weeks later, he came to visit me and declared his love. Four months after that, I moved back to NYC. And I’ve been dancing to his fabulous record collection ever since.

Javier: It just your typical Boy meets Girl story……Boy meets Girl. Online. Girl comes to New York where Boy lives. Boy and Girl arrange to meet in person (aka come and meet me at the bar where I am having dinner with some friends). Girl brings back-up (aka longtime girlfriend who is there to determine my sanity). Boy survives scrutiny and manages to persuade Girl to flee to another place. Boy tries best moves. Girl seems impressed. Boy thinks it must be the jetlag…I mean c’mon, it must be the jetlag. Boy finally succeeds. Girl goes back to London. 🙁 Boy goes to London. 🙂 Girl moves to New York. :-))

Cordelia: Our children are nearly six and three and a half. Our eldest was born in Brooklyn, NY. Our wee girl was born in Singapore.

Cordelia: They both hold American and French Passports. I gave my husband the option of choosing one of my nationalities for the kids as well as his Mexican passport but he opted for the U.S. and European passports.

Cordelia: I speak French and English fluently. I am working on my Spanish and I have a basic level of ‘taxi thai.’

My husband speaks Spanish and English. We speak English to each other but I am desperate to get fluent enough in Spanish that he won’t find it so burdensome to speak to me in Spanish.

Cordelia: I speak French and English to the girls. My husband speaks mostly English though he is trying to speak more Spanish.

Cordelia: They are fluent in French and English. They are starting to learn some Spanish and have some basic Spanish comprehension.

Cordelia: Playdates, movies, songs, Skype calls with relatives and travel when we can afford it. We have also enrolled the girls this year in Spanish classes 90 minutes twice a week and two hours of French play with a native speaker per week. Technically I am a native but, having lived and spoken English for the better part of the last 25 years, I hesitate a lot on vocabulary when it comes to certain topics. We are able to provide this extra language tuition as we are homeschooling this year and redirecting the international school fees towards language and more travel.

Why is raising bilingual/trilingual kids important to you?

Cordelia: We want them to be able to communicate with their extended families as well as get a deeper understanding of their cultural heritage. Of course all the other benefits of multilingualism are an added benefit.

Cordelia: Being consistent. And by that we mean not so much just having one parent speak one language, though by all means use that if it works for you. It’s just about picking a path and trying to stick to it. Maybe that means mealtimes in a particular language. It may mean alternating days. It may mean a certain language at home— minority and something else outside. It means thinking the options through, particularly if someone is having to communicate with kids in a non-native language and how that will affect relationship later one when the onslaught of ‘why’ questions hit.

It also means not worrying if the path you chose isn’t working as you planned and deciding to try something else. We have gone down many roads and failed miserably at following our own advice except not giving up. Our girls may not be perfectly trilingual but they have a good grasp of two languages and steadily improving their third.

Cordelia: J comes from a Roman Catholic family, but is not terribly religious by Mexican standards. I was brought up Roman Catholic from my mother’s side of the family but only ever went to church when I was in France during the summer. My father is firmly agnostic with a strong disdain for any organized religion.

We baptized the kids to keep the grandmothers happy. Part of me likes the ritual involved but then, on the rare occasions I’ve listened to sermons recently, I’ll admit I cringe a lot. We are trying to raise them with an awareness of religions around the world. We currently live in Thailand and I like many of the Buddhist ways of thinking. As Dawkins writes, Buddhism is more of a way of life than a religion and may prove to be a happy medium for me. Time will tell.

What’s the best place you’ve been on vacation with your kids?

Cordelia: Difficult. I am torn between our summer break in Suffolk this summer at a beach cottage with friends or taking my girls and spending time in France during the summer as I did as a child, chasing ladybirds and crickets and meeting cousins is a personal favorite of mine.

Javier: Koh Samet in Thailand. Even though this is only our second beach vacation in Thailand, it is out there with some of the best holidays. Everyone was very child-friendly, and our girls were not too shy when it came to receiving lots of attention. One of my fave moments were our girls doing drawings and giving them to the lady who sang during dinner time at the hotel’s restaurant.

What are a few of your child’s favorite books?

The Gruffalo, The Whale and the Snail, Cinco Monitos Bricando en la Cama, Dix Petites Princesses, A French book on the body, and the Tchoupi board books.

Cordelia: Cilantro. My husband loves it and I am still trying to apply The man who ate everything’s theory that you can make yourself like anything, and failing miserably.

Javier: Not many that I can think of, but I guess one would be the never-too-rare topic of caca during meals. You may call us conservative, but we Mexicans, keep our bowel movements to ourselves.

Cordelia: I think he is referring to the French having a terrible tendency of talking about bowels at the table or anytime really

My husband and I both value our cultural heritage and the importance of keeping close contact with our extended family. We’ve struggled to find the balance, time and resources to see both families especially with our move to Asia and our own parents’ inability to travel for various reasons.

I think it has been the joy in sharing our cultures with our children as well as our love and wonder at the richness of the world. We’ve been so fortunate to have an opportunity to travel and get to deeply experience cultures beyond our own.

Worry less and don’t give up. I’ve met many kids who wished their parents had taught them their family language or given them an early opportunity to acquire more languages. I’ve yet to meet someone who wishes they didn’t grow up multilingual. It’s often really hard work, but totally worth it. Your kids will thank you…eventually!

Thanks Cordelia and Javier! 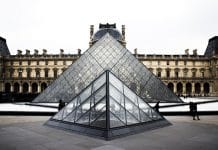 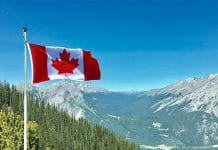 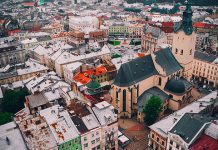 Real Intercultural Family in the U.K.: Urdu, Italian and English