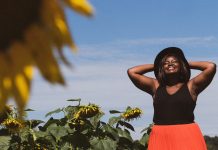 No Kids Allowed: How Kenyan Weddings are Changing