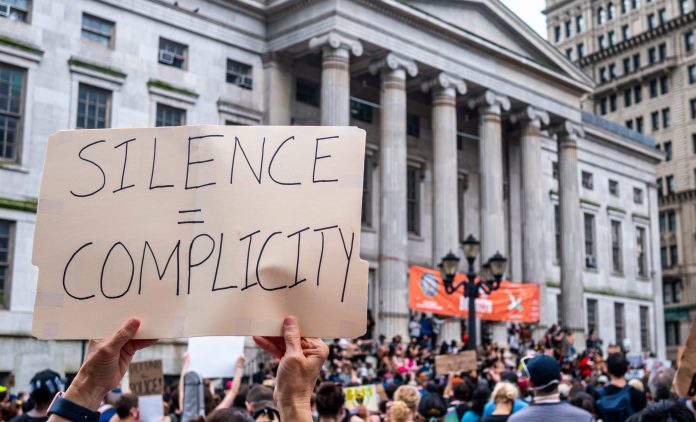 How to support white children in unlearning racism? It starts with the parents.

I picked my all-time favorite Bob Marley song when I was seven or eight-years-old and I have never changed my mind about it. The song is called Babylon System and the line that captured my heart as a young child is in the chorus: Tell the children the truth. As a Black kid born just one year after the end of my native Cabo Verde’s war of independence from Portuguese colonialists, I knew what truth Marley wanted the children to be told: the truth about slavery and its spawn, racism. Telling the children the truth is what I do for a living now, as a college professor who teaches about race, culture, inequality, education, and democracy. Since I teach in a predominantly white institution, I spend a lot of my time telling the children of white people the truth. And what I’ve learned is if we want all white children to unlearn racism, it requires white parents to educate themselves about racism and privilege.

Every semester, I am struck by how much my white students do not know about their country. Most of them do not fully understand the history and reality of racism. Most of them have not internalized the gravity of the crimes against the humanity of Indigenous and Black people that form the foundation and the sustenance of their country. Most of them are appalled that they were not taught this material in a rigorous or sustained manner over 12 years of compulsory education. That is the bad news.

The good news is that a majority of my white students embrace the opportunity to learn these difficult truths. Many of them have been writing to me during these protests to express their gratitude. Here is Meghan P., who was my student this semester. “Given all of the recent happenings this past week, the conversations and the protests that are taking place regarding the racism that is ever so present in this country, I deepened my reflection of your course. I wanted to say thank you. Thank you for allowing me to have conversations around the idea of race, something that I used to not know how to do… Thank you for introducing me to new readings and insights… This class has made me think about my place in this world as a white female who works hard, don’t get me wrong, but has an undeniable privilege… I feel now that I am able to speak up and speak out confidently in conversations regarding race and the impact it has on so many of the societal structures… This class taught me to really connect my understanding, thoughts, opinions, emotions, and knowledge with the world. I feel educated and for that, I thank you.”

Every student is different but I know that most of my white students leave my class able to understand that Mr. Floyd was murdered; that what was done to him—and has been done to too many Black children, women and men, could not be done to a white person with impunity; that racism is a scourge on this society; that they bear a responsibility to combat it. Their understanding is academically grounded, wholly their own and helps them make sense of their own place in a racist world.

Educators must teach the truth about racism, rigorously and consistently, with the explicit (if not sole) intent to support white people who want to know better so that they can do better. Without a deep transformation in the hearts and minds of young white people, policy–while essential–will remain insufficient. Many of us already do this work but we need to do much more, do it more consistently and start doing it sooner. White families and communities must demand and support this educational truth-telling for their children. It is urgently needed.

The resources below are for white parents to learn about racism; they are far from exhaustive. Rather, they point in the direction of what I think are some important, initial steps for parents in what should be a lifelong journey of understanding how racism affects this society.

Heather McGhee’s TED Talk, previewing her excellent forthcoming book, is a good way to engage with the more recent history of how whites were and are incentivized to perpetuate racial inequality.

HEATHER MCGHEE, Racism Has a Cost for Everyone (15 min)

I often use this accessible short animated film by Erica Pinto, for the African American Policy Forum in my classes, to start a conversation about the compounded, structural racial oppression that Black people and other people of color face. It is accessible for younger kids, I think—not sure.

Finally, two takes on the practice of whiteness.

First, our best critical guide for unmasking and combatting the practice of white supremacy that underlies extreme school segregation is Nikole Hannah Jones. Below you have a short video, a podcast appearance and her award-winning reporting—all addressing this issue. She is the creator of the extraordinary, Pulitzer-prize winning 1619 Project as well.

Second, here’s a super short summary of Robin DiAngelo’s incisive work on White Fragility. You should get the whole book.

Photo by Joshua Santos from Pexels