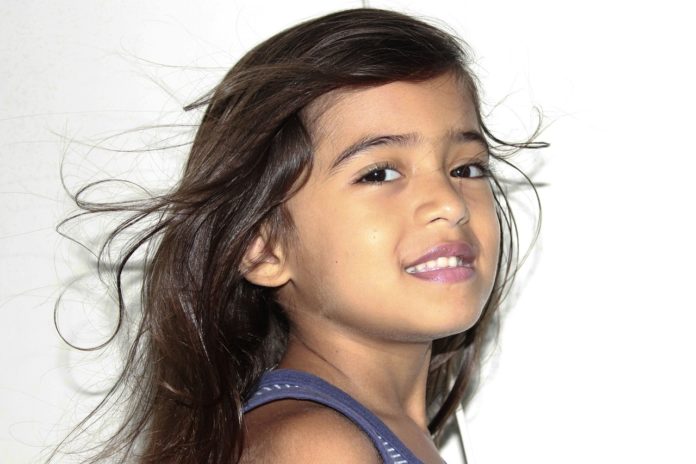 I have a small poster on my fridge, now old and slightly yellowed, which my children love. It’s called the “Children’s Rights and Responsibilities” and lists all of the basic things to which every child is entitled. They love seeing it and having it read to them—it makes them feel that as children they matter in their own right, and knowing that it is the duty of adults to provide these things is empowering to them.

As a mother, I wholeheartedly support the sentiments in the poster. As a Muslimah, I know that my faith enjoins a further set of rights for my children that we must work to fulfill. This means that the impending joy of a newborn is accompanied by much reflection. However, for Muslims, the rights of a child do not begin at birth, but long before. A person is encouraged to think about their spouse not just as their partner but as the parent of their child. By the time most people find out that they are expecting an addition to their family, it is far past the time to think about their spouse’s characteristics.

However, Islam does place great emphasis on good character, particularly in the mother who is seen as being the primary influence on the child in the early years.

Rights of the Children’s in Islam

This is particularly important given the idea that the age of formal upbringing or disciple begins at seven for Muslim children. Before that, they are expected to learn from their parent’s good example. There is a hadith (tradition of the Prophet Muhammad, peace be upon him) that says:

“A woman is normally sought as a wife for her wealth, beauty, nobility, or piety, choose the pious woman and you will prosper.”

When Umar ibn Khattab, one of the early Caliphs of the Muslims, was asked about the rights of a child, he answered, “To whomsoever, a child is born, he should be given a good name, sound education and when he becomes of age he should be married.”

In a Muslim family, much like any family, I suspect, everyone has an idea as to what the child should be named. Everyone also seems to be adamant that they are right. My nephew was named Hamza by his parents, but one of my brothers-in-law insisted that he should be called Ali, and carried on calling him Ali for months! Generally, Muslims are encouraged to pick a name with a good meaning such as Jameela (meaning beautiful) or Sahl (contented).

Other considerations include the history of the name. So the names of Prophets are favored; such as Ibrahim (Abraham), Dawood (David), Nuh (Noah), Isa (Jesus) and of course the name Muhammad, which was thought to be the most popular name for newborn boys in Britain in 2010. The names of Companions of the Prophet are also preferred, so Umar, Uthman, Abu Bakr, Ali and Hamza are all popular. There is another Prophetic tradition that says:

“Keep the names of prophets, the most desirable names by Allah are Abdullah and Abdur-Rahmaan, and names that depict honesty such as Haarith (planter) and Hammaam (thoughtful). The most disliked names are Harb (battle) and Murrah (bitter).“

Because of the above hadith, my husband chose the names Abdullah and Abdur-Rahman for our sons. Names don’t have to be Arabic either, as people often assume; many of the names in my family are of Persian origin. Alongside this, the child has the right to take his father’s name for a surname as a sign that he is legitimate. In this way, the father recognizes the child before the community.

The second of the rights mentioned above is that of providing the child with a good education. This means a number of things for a Muslim. First, the mother is regarded as the child’s first school and a source of great influence on the child’s character and manners. Islam encourages learning throughout your life. For Muslim parents this means the best secular, academic education parents can provide accompanied by the best religious education.

This in turn means teaching the child enough about Islam that he or she can determine what is halal (allowed) and what is haram (forbidden) in terms of food, conduct, appearance etc. It also means teaching the child enough to carry out the obligations placed on him or her as an adult—so how to read the Quran, pray, purify her/himself, conduct her/himself with different relations, etc. This may sound like a burden on the child, but to place duties on a person and not equip them with the knowledge to carry them out, if they choose to as adults, is considered an injustice.

Finally, the parent is charged with helping their child to find a good partner when they reach marriageable age. Muslim youth in the West now have moved towards choosing their own spouses, but Muslim parents still have a role. This could be with marriage negotiations, helping with introductions to prospective partners, helping research a prospective partner’s background, and of course by often bearing a good chunk of the cost of the wedding.

Other rights, not mentioned in Umar’s list, include breastfeeding the child. The Quran mentions:

“Mothers shall suckle their children for two whole years; (that is) for those who wish to complete the suckling. The duty of feeding and clothing nursing mothers in a seemly manner is upon the father of the child. No-one should be charged beyond his capacity. A mother should not be made to suffer because of her child, nor should he to whom the child is born (be made to suffer) because of his child. And on the (father’s) heir is incumbent the like of that (which was incumbent on the father). If they desire to wean the child by mutual consent and (after) consultation, it is no sin for them; and if ye wish to give your children out to nurse, it is no sin for you, provide that ye pay what is due from you in kindness. Observe your duty to Allah, and know that Allah is Seer of what ye do.” (Quran, 2:233)

This is taken to mean that a child should be breastfed for two years where possible, although the option of a wet nurse is also mentioned.

The child has the right to food, clothing, and medical treatment. Generally, the father is expected to meet these needs. If he divorces the mother of his children, he must continue to support her financially during the period of breastfeeding and then pay child maintenance following this. At a deeper level, Islam reinforces the child’s right to life despite a parents’ poverty:

“Do not kill your children because of poverty. We shall provide for both them and you. Killing them is a grievous sin.”
(Quran, 6:151)

This is particularly relevant considering the way sons are favored over daughters in many societies, leading to an unfair distribution of resources, namely food and education. Islam forbids the ill-treatment or deprivation of a daughter in this way. This protection from physical harm extends to both in the womb and outside of it, which means a strict prohibition on abortion (with the only exception being if the mother’s life is in danger).

Finally, the child has a right to love and affection from his parents. There is a Prophetic tradition in Islam that says:

Abu Salmah narrated that Abu Hurayrah said, “The Prophet of Allah (peace be upon him) kissed Hasan ibn ‘Ali (his grandson) while Aqra’ ibn Habis was sitting nearby. Aqra’ said, ‘I have ten children and have never kissed one of them.’ The Prophet (peace be upon him) looked at him and said, ‘Those who show no mercy will be shown no mercy.'” (Bukhari, Volume No. 91, and Muslim)

No parent needs justification to love, kiss, or hold their children, but the above story is a striking contrast to the serious old Muslim men I grew up with. I was never kissed by my grandfather. And as much as my children’s grandfathers love them, I cannot imagine them kissing my children, although they show affection in other ways—playing noughts and crosses and fake wrestling. I wonder what they would think if they were reminded of kissing your child as a Prophetic tradition and an act of mercy as well as the right of a child?