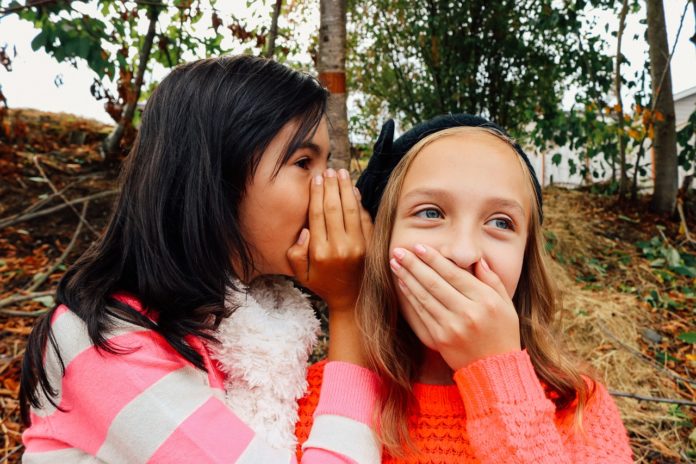 Sex education is a bit of a minefield for me as a Muslim mother, as I am sure it is for most parents, whether Muslim or not. How much to tell? At what age? Who should do the telling?
I have been adamant that I will be honest with my children and expect them to have the courage to be honest. By never lying, I hope my children would be able to trust me and believe what I say to them and to understand that there is never anything to fear from when they are honest with me (oh the things they have gotten away with just by honestly owning up!)

My determination to be an honest mum has been challenged now that my oldest daughter is at an age when she is curious about the “birds and the bee’s” and in particular where baby’s come from. She has got wind of the fact that babies are made in mothers tummies, but has no idea about how they get there and isn’t too sure about how they get out. Much of her information is coming from school friends, and some from her rather honest teacher.
I have to say, I felt rather shame-faced about my initial response to her curiosity. I changed the subject quickly and asked her to be quiet and finish her dinner. I think I behaved exactly as my mother always did—with embarrassed silence and the impression that these things are not to be discussed at all.

In the first place, I didn’t want my boys to start picking up on this already—they are six and four. On reflection though, this is a rather immature approach. They will all have questions and they will all find out things from different sources. The information will have different levels of accuracy. At the same time, I will be setting a precedent for dishonesty and for treating this subject matter as one which is cloaked in secrecy and is embarrassing or shameful in some way.

Islam encourages modesty, but it is very frank when it comes to matters of sex, pleasure, reproduction, menstruation, childbirth, contraception and the like. I like this about my faith. We are encouraged to question what we are told and to ask questions when we are unsure about something.

At the same time any discourse around sex and reproduction is firmly set within the boundaries of marriage for a Muslim. There is currently debate in the U.K. about introducing sex education to children at primary school age. This would be children aged seven to 11 and perhaps younger. I am very uncomfortable about this.

On the one hand, sex education at school was a bit of a life saver for me as my parents were completely unable to discuss this subject with me (except for one painfully embarrassing and mercifully short attempt by my dad of all people). The one talk we had at school dispelled many myths and helped many of us feel more comfortable with what was happening with us.

On the other hand, I feel that there is no context. As a Muslim, I would encourage my children to view sex as a pleasurable, positive element of a happy marriage. I would remind them of the responsibilities that go with it and the Islamic perspective on it as being both quite liberal (for instance a woman’s right in Islam to sexual gratification) but also with restrictions (only having sex with someone you are married to). It seems to me that sex education in schools deals with the nuts and bolts of the matter—the physical act and its consequences but it appears to do so in a moral vacuum. I remember learning about sex at school and getting the impression that marriage or even a healthy relationship was irrelevant—the focus was on contraception, preventing disease and preventing unwanted pregnancy and on ensuring consent, with reminders that no one should be pressured to do anything they don’t want to. All of these things are important but I remember feeling that you could pretty much sleep with whomever you wanted, when you wanted. This is not what I want to impress on my children.

So I am keeping an eye on my children’s curriculum and thinking about whether I should give permission for this subject yet (I keep having visions of them telling their grandparents what they have learnt, much to their horror). I don’t believe in taking something away without replacing it with something better, so I am going to have to speak with my daughter myself and give her some very basic information. At the same time I am going to have to ask her to be discreet and not share the information with her grandparents or her brothers (at least until they are a little older).

I am going to have to go with my intuition when deciding how much to tell her, I am guessing her reaction to what I say will be a good guide. She will find out everything anyway, probably a lot sooner and a lot more than expected. I remember being 13 or 14 and knowing way too much because I used to read so heavily (the pulp horror novels of James Herbert and my friends’ brothers’ magazine collection were both major eye openers). My parents would have been horrified had they known. Perhaps it’s better to be open with my daughter and let her know she can come to me and we can be honest about these things.

This will be a big challenge to the way I have been brought up to think. Does anyone have any advice on dealing with the “big question” and some good examples of how they have broached this with their own children? I would love to learn from others.