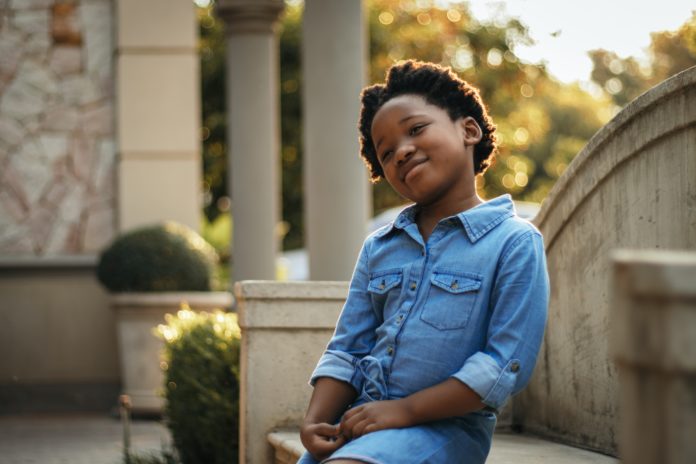 My daughter Meazi’s second grade class visits an assisted living facility every month. For the November trip they planned a “Make a Thanksgiving Turkey” craft for the seniors living at the facility. I signed up to be a volunteer parent. The night before I spoke to Meazi about how happy I was to be going with her and how lucky I felt that I was going to get to spend some time with her during the school day. Our trip last year to the Natural History Museum was a bit of a debacle: she ignored me the whole time. I had Meazi’s four-year-old brother Melese with me then, but this year was going to be different. Melese would be at school and I would be free to be super mom to my sweet second grader as she introduced me to her senior friends.

When I got to her school, it was the day of the school’s yearly book swap. Meazi had turned in five old books and got to pick five new titles. I told her to please avoid Disney Princess books, and to pick at least one title for her brother since three out of five of our discards had been his books. When she spotted me she gave me a sly grin, burst out laughing, and held up the biggest Disney Princess book that I had ever seen. She was so funny about it that I could not be mad at her. She loves those princesses and all of their happy endings.

We all walked upstairs to her classroom to get ready for the field trip. Meazi’s thoughtful teacher had them sit down and meditate for a few breaths to get in the right frame of mind to go and visit these elderly folks. A few of the residents are wheelchair bound, and some are blind or deaf. It can be a bit much when you are a seven-year-old.

After their last deep breath, Meazi’s teacher told all of the kids to line up. A few moms, field trip helpers, were already standing around. Meazi made a beeline for her friend’s mom. This mom, lovely and fashionable in her beautiful vintage lacy blouse and high leather boots, was a big draw for my daughter. I motioned to Meazi, signaling that I wanted her to come stand next to me in line. She pretended not to notice and took the hand of this other mom. We started to head out of the classroom.

We got down to the street and started our two-block long walk to the facility. Meazi was still far ahead of me. I called to her and received no response. I raised my voice and yelled again “Meazi, come here!” I told her that she was hurting my feelings by not walking with me, and that the whole reason I came on the field trip was so that I could spend time with her. Embarrassed, Meazi started to cry. Another mom asked me if she was OK. Kids and moms walked around us standing there on the sidewalk, Meazi crying and me trying to get her to stop crying and walk with me.

Pissed off, embarrassed, and sad, Meazi begrudgingly began walking next to me, not holding my hand and not looking at me. We walked in silence to our destination.

We entered the facility and were immediately overtaken by the smell that is familiar to many of these types of places where folks come to spend their final years. Is it overcooked vegetables? Is it just what loneliness smells like? Meazi and her classmate, a girl she likes very much, were assigned to an old gentleman in the corner, Gabe. Gabe, an eighty-something wheelchair bound man, was in no mood to make a handprint decorative turkey with a couple of friendly second graders. Meazi tried to engage him, asking him questions about his family, and asking him what his favorite colors were. We found out that he has three grown children, all of whom live less than 10 miles away from this facility. He said that they visit him, but there was something in his voice that indicated it really wasn’t enough, that he would much prefer to live with one of them.

Gabe is so gruff, silent and makes so little eye contact that Meazi and her classmate decide to make their own turkeys and give them to Gabe as a Thanksgiving gift. They sit down next to the wheels of his wheelchair and get to work.  Meazi had cut out the shape of her hand in red construction paper.  She glued it on to the white Chinet paper plate. On its pinky finger she glued a blue plastic googly eye and on each finger, a dyed red craft feather. Cut yellow fuzzy pipe cleaners were added at the bottom for the turkey’s legs. She silently worked on her turkey, while Gabe stared ahead.

I got up and looked around, groups of two and three children were having varying degrees of success getting smiles and words from the other residents. The other moms busily passed juice and cookies to everyone.

I looked back at Meazi and saw her attempt to give Gabe his turkey. He waved his hands and declined it saying, “What am I supposed to do with that?” Meazi looked at me and shrugged her shoulders. “It’s OK, Meazi,” I said. “He just isn’t in the mood. Could I have it?” She hesitated for a moment and then handed it to me.

Their teachers had asked them to write something that they were thankful for on their handmade turkey plate. Meazi’s read,

“I am thankful for my mom.”

My eyes smarted with tears as I looked up at her. She looked back at me with an expression that said…

Why oh why are you so dense? Why can’t you see that I am an independent little girl? If I don’t hold your hand it doesn’t mean that I don’t love you Mom. Why oh why don’t you trust our attachment as much as you should?

“I am so happy to have this.” I said. She smiled at me and bounded off for a cookie.

We adopted Meazi and Melese four years ago from Ethiopia. My young son throws his arms around me quite frequently, “I love you mommy. You are so nice mommy.” He strokes my hair and snuggles into my shoulder. He tells me secrets and laughs hysterically at my jokes. His first word in the morning is always MAMA! yelled at the top of his lungs. He is always happy to see me. He has never refused a handholding or a bear hug.

My daughter Meazi likes moms who are made-up, fashionable and beautiful, who have fine jewelry and nice leather boots. She’d like to spend a few moments with them on a walk. She likes pretty things. She enjoys a good princess story. Although she loves touching their clothes and asking about each piece, it turns out the mom she loves is me, in my jeans, sneakers and practical pajamas. In spite of my insecurities, mothering failures, and sidewalk hysterics, she loves me.

And for that I am so very, very thankful.