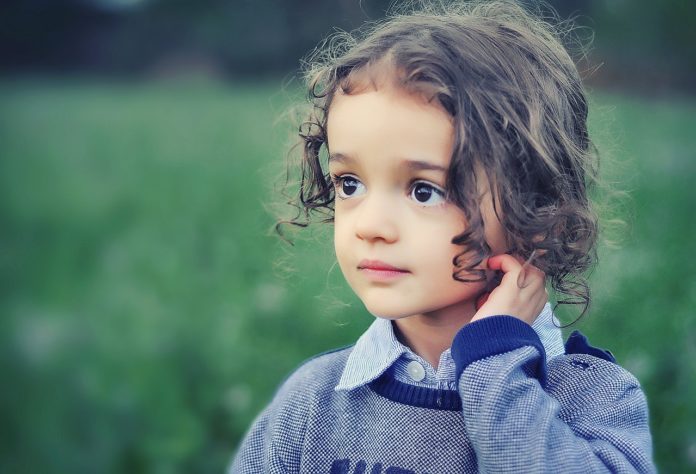 Why start language learning early? With the help of modern technology in neuroscience, we now understand how language develops during infancy and early childhood. Also, based on countless studies, researchers can safely conclude that as your child grows older, her uncanny language abilities decrease significantly. This ‘critical period’ means that you should strike while the iron is hot!

Do babies have super human language skills?
Research at the University of Chicago shows that a bird placed in isolation for the first few weeks of its life never learns the song of its species properly and will thus be unable to uphold a territory or woo a mate. Even though humans are more resilient than birds, between 0-3 years of age nature has primed our brains with a peak number of synapses that are busily building the optimal neural pathways to use in the production of language. This amazing ability gradually decreases and by six or seven, children have become mere mortals, who like adults have to actually put effort into learning the new pronunciation, vocabulary and grammar.

Why do babies have this language super power? Because you need language a soon as possible, and nature helps us in that in the first few years. If Darwin was right and only the fittest survive, it’s safe to assume that the earlier a child of yesteryear could talk, the greater his chance of survival. Not only could children learn more efficiently from elders through the use of spoken language, but they could quickly respond to life-saving commands like “Run!” “Stop!” or “Come here!” Then, once you’re set, the brain devotes its energy to other things and any unused functions atrophy.

If language is that important, why can’t we speak when we’re born?
The brain of a newborn is still ‘under construction,’ and it has been argued that human babies, as compared to other species, should be born at about 18 months when they would be able walk, talk, and possess a number of other useful skills. Aside from requiring that human mother go through a pregnancy of more than two years, such would dismantle the ‘building-as-we-go-along’ function, whereby the human brain focuses upon what each individual really needs to survive, without a whole library of nice, but marginally useful, knowledge. Hence, a baby is born pre-wired to speak any of the world’s languages, but slowly loses any modules that are not frequently used.

Although language is said to be inherent in humans–we have highly specialized ‘language centers’ in the brain–talking is primarily a social phenomenon. We use it to communicate with other humans, typically those closest to us. So, in order to fulfill its fundamental objective, this ‘all-purpose language chip’ needs customization to wire up to the right language. This is similar to the way eyesight develops. As most parents know, a baby’s eyesight is not fully developed until six to nine months of age. The very act of seeing completes that capability; if an infant is left without visual stimulation for an extended period, he will have impaired vision for the rest of his life. The same ‘use it or lose it’ principle applies both for the understanding and production of language.

Impressionable babies, but how long does it last?
In the nature vs. nurture controversy, some argue that children can learn language easily until well into their teenage years, presenting examples even of adults who have the extraordinary ability to just pick up another language with seemingly little effort. Granted, while we all have different levels of language talent, and you can count yourself lucky if your child fits into that exceptional category, for most ‘the earlier, the easier’ holds absolutely true. There is compelling evidence that language skills are closely related to brain functionality, but how quickly someone learns a language also has to do with the amount of exposure to it.

Two of the many scientific studies on language acquisition are particularly illuminating in this respect. One was done with deaf and immigrant children who were learning a second language. Some of the subjects were born to deaf parents and were exposed to sign language from birth, while others started immersion at age four. (By the way, sign language, contrary to common belief, is a subtle and nuanced language with grammar as intricate as spoken language.) All of the research subjects lived at the same boarding school. Thirty years later, when they were tested for signing fluency, only those whose parents used sign language while they were growing up were able to make full use of their sign language capabilities.

Another study at the University of Illinois was conducted on immigrant Chinese and Korean children living in the U.S. It showed, that the singular determining factor in their ability to speak English like a native was the age at which they immigrated. Only children who had been immersed in English before the age of seven performed as well as native speakers; the younger the children were upon arrival in the U.S., the better they scored.
Experts now agree that the critical period for native-like language skills ends gradually at around six or seven years of age. An example is Henry Kissinger, who immigrated to the U.S. as a teenager, and has retained his oft satirized German accent, whereas his younger brother has no accent.

Obviously, children will get by just fine without speaking a second language like a native, but most parents of multilingual children at least aim for that level of skill. Even if you start learning languages before age seven, the optimal period is between the ages of zero to three. Why? Brain imaging studies show that languages in bilingual infants are stored closer together in the brain than in later bilinguals. This means learning another language after the age of three both takes greater effort and is treated differently by the brain compared to the child who acquires them simultaneously.