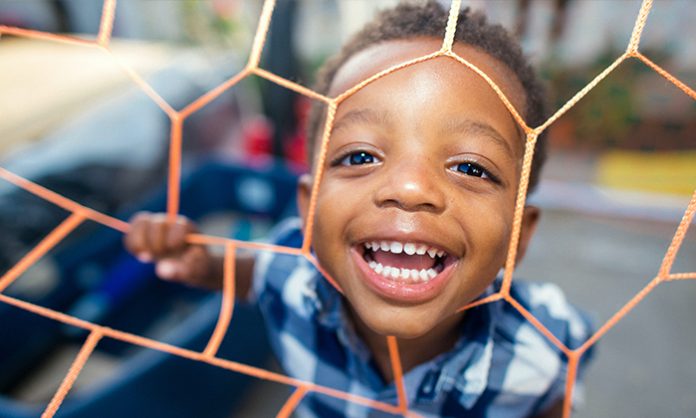 I’ll never forget the day I pulled into our driveway and my then two-year-old son, who really only knew a dozen words at the time, looked out from his car seat at our small white house in Los Angles and said, “Home.” He had only been with us for about a year and a half at the point. “This is good,” I thought. “Yes, Melese. You are home.”

This past Christmas I planned a special day for my kids. A friend had managed to get tickets for Debbie Allen’s version of “The Nutcracker.” The show was in the morning so I told the kids that we were going to skip school entirely and make a big day out of it. I helped them pick out fancy holiday outfits as I revealed to them  that we were also going out for pizza after the performance. It was going to be super fun. Many of their friends were coming too, all of them kids who have been adopted from Ethiopia. We went to the show; Melese said that he had wished for more of a story, and Meazi, his sister, said she liked Tchaikovsky’s version much better, but both enjoyed the wonderful dancing and sparkly costumes. We went out for a pizza lunch. Meazi asked if we could take her to school for a violin lesson she didn’t want to miss, so Melese and I enjoyed a rare hour of play on her school’s ‘big kid’ playground. I was patting myself on the back for pulling off such a fun “Ferris Bueller’s Day Off” day. No school! Friends! Pizza! A show! Monkey bars!

After violin, we drove home. I went into the kitchen and started getting dinner ready. Meazi and Melese slid into our kitchen booth. They were quiet, tired from the day. Melese turned to me and said, “Mom, when can we go home?” I felt my face get hot as a pit grew in my stomach. I knew what he was asking. With the most normal voice I could muster I replied, “You are home Melese. This is your home.”

“No, Momma I mean Ethiopia, when can we go home to Ethiopia?”

I knew what he meant when he said it. I assured him that we were planning a trip, and that we were going to visit and then return home to Los Angeles. He talked and talked about the people there and all the anxieties he was feeling about them, “I won’t be able to see my sister because she’s buried under the earth.”

“We will see your sister Melese, she is not buried under the earth. She is alive and well.” I reminded him that we had recently been in touch with his Ethiopian family, and that we had just received a picture of his sister. Meazi crawled under the table and said, “I don’t want to talk about this anymore. This is too sad Mom.”

I sat down with them. We were quiet for a bit. I think I said something stupid like, “This must be very confusing Melese, this life.”

He looked at me with his big brown eyes and I felt my heart break. Disneyland, California Pizza Kitchen, private schools, violin lessons, none of it matters; he would just like to go home now please. Ethiopia is his home. Ethiopia will always be his home.

I reached out to a friend I have on Facebook, Aselefech Evans, a 20-year-old adoptee. She and her twin sister were adopted from Ethiopia in 1994. “Did you ever feel at home?” I asked her.

“Most of the time I did feel like I was home with my adoptive family. But, sometimes I also feel like I never really know where I belong. Although you love your family unconditionally, there is always that feeling of being different and wishing that family was not as complex.”

Since that almost festive, very sad day in December, I’ve been thinking a lot about Melese and things that make him feel more at home. Home for him is found in different ways.

Home is a landscape. A visible contentment washes over Melese as he hikes through the Santa Monica Mountains, the tall grasses and amber earth perhaps reminding him of rural Ethiopia.

Home is a cup of hot cocoa at a coffee shop in an all black neighborhood near USC. My normally shy son suddenly becomes the mayor of Los Angeles as he greets everyone he sees, “Good Morning Mister! How’s your coffee?” He leans over and whispers in my ear, “He is just like me Mommy. He is chocolate and I am chocolate. We have the same hair.”

Home is a sister. Meazi continues to ground him in a way that is both beautiful and heartbreaking—his best nights sleep still occurring if he is touching her somehow, a hand on an arm, a foot on an ankle, or a head on a shoulder. Meazi has been with him since the beginning. She is his touchstone. More verbose with her, most of his sentences end with a, “Right Meazi?” as if it can’t possibly be true or real unless Meazi agrees.

Home is himself. This past February Melese had a real breakthrough at school; he began to talk, a lot. The teachers actually called him ‘motor mouth’ and took lots of videos. We had to see it to believe it. In one of the videos he describes where the rain comes from. He speaks confidently, empathetically, and with much gesturing. He has his own ideas.

Perhaps the best way I can help Melese feel at home is by giving him more space, space to feel comfortable in his own skin. Maybe his contemplative nature and his inner quietness will bring him some peace, maybe as Rilke suggested his solitude will become a home for him.

“But your solitude will be a support
and a home for you,
even in the midst of very
unfamiliar circumstances,
and from it you will find all your paths.”

Maybe someday Los Angeles and our home will become a little less unfamiliar. Maybe he will always feel like a stranger in a strange land. Maybe our trip back to Ethiopia will help. Maybe it will, as some friends suggest, give him the missing puzzle piece in his story. Maybe in the midst of all of these unfamiliar circumstances, my young son will find his way.