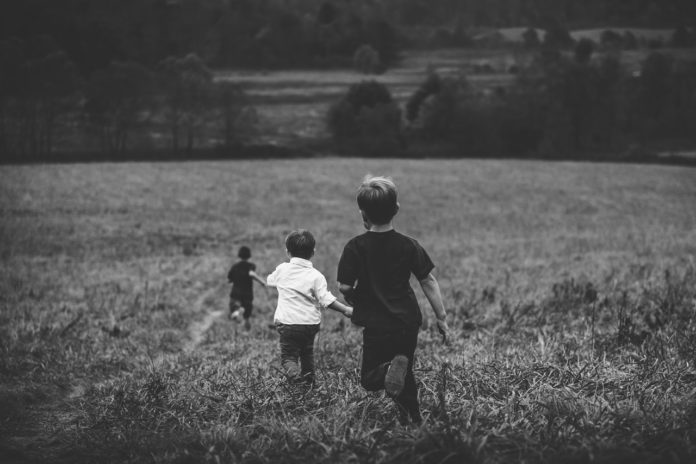 At almost 19 months old, Ramzi is just starting to really get talking. Matt was an early talker, and at the same age had quite a large vocabulary and was putting little sentences together. It’s been really interesting to watch the differences and similarities in how the two acquire and use their three languages.

If I remember correctly (and oh, how I wish I had kept better track of these things!) Matt had about an equal number of words in English and Arabic at 19 months. Book, truck, yogurt, Mia (the name of our, and any other, cat): all English. Words like hallas (done or stop), ciyyara (car) tiyyara (plane) in Arabic. Bonjour and au revoir in French. And from a young age (once again, I wish I could say exactly when), Matt has been speaking the right language to the right person.

For the moment, Ramzi seems to have more words in Arabic than in English. This is partly due to having his grandparents living with us for the last two months, but it started even before they came. One of his first recognizable words was tabbeh, or ball. The kid loves balls. (We have to take at least three of them every time we leave the house, and everything round is called a ball, whether it’s actually a ball or say, a blueberry.) He used to sit in his stroller, point at a ball and say “tabetabetabetabetab”. At first we thought it was just baby babble, then we realized he said it every single time. No matter that he mostly goes outside and plays with balls with me, therefore in English. For some reason, the Arabic word stuck earlier.

At this exact moment in time I’d say three-fourths of his words are in Arabic, one-fourth in English, and exactly two are in French: bonjour and au revoir. It’s a little disconcerting, given that in sheer number of hours of exposure he’s had probably three-fourths in English and one-fourth in Arabic, but hey, I’m not going to complain. We want both boys to be fluent in all three languages.

And on that note, parents sometimes ask me how we managed to get Matt speaking the right language to the right person and how he got such a great vocabulary. The answer is so simple it’s a little embarrassing: it’s just been plain old consistency. My husband speaks only in Arabic to the kids. I speak only English. Media (books, TV, movies) are in Arabic or English, not in French. Matt’s French gets better and better with each passing year in school and I know it will one day be his dominant language. Therefore we make it our highest priority to speak to the kids in our native languages. This isn’t a stretch for either of us, though, since while we’re both fluent in French, the languages of our hearts remain our native languages. As for the vocabulary and who speaks which language: Matt figured that out himself. I do think some people have more of a language aptitude than others, but all kids are capable of learning many languages.

As for Ramzi, yesterday he was playing with a toy. He put it back in its box, looked at me and said “hala” (his version of hallas). He took it out again, held it for a moment, put it back in its box and told me “ah dah” (his version of “all done”). He played with it for another ten minutes or so, and each time he put it back he would say “ah dah” with no prompting from me at all. How do kids figure out who speaks which language? Well, like with everything else they learn it by paying close attention.