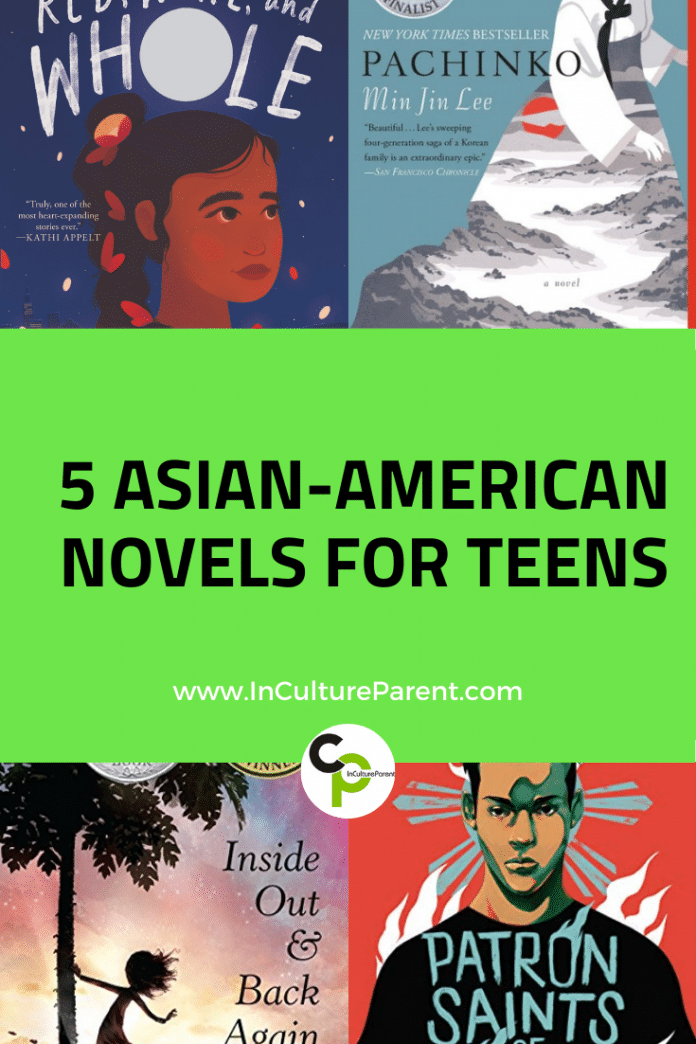 Red, White, and Whole is a moving middle grade novel in verse about a girl named Reha, an Indian-American in the midwest, who often feels caught between two worlds. But when Reha’s Amma develops leukemia, Reha discovers the beauty in her multiple identities. A story of love, loss and dreams, this new release is not one to miss!

With grace and talent, Lee tells the struggles of a poor Korean family living in Japan in the 1900s. This heart-tugging novel suited for older teens opened my eyes to the discrimination Korean Japanese families faced then. After turning the last page, readers are sure to feel like they have left behind a part of themselves in each and every one of Pachinko’s multifaceted characters.

Patron Saints of Nothing by Randy Ribay

Patron Saints of Nothing is an engaging and fast-paced story about a Filipino American teenager named Jay who is struggling with the loss of his cousin who lived in the Philippines. After realizing his cousin’s death was a murder and when his family isn’t willing to respond to his questions, he boards a plane to look for answers. This book also provides readers with information about President Duterte’s war on drugs.

You Bring the Distant Near by Mitali Perkins

You Bring the Distant Near is a heartwarming story that takes us through three generations of Indian-American women as they navigate friendship, romance and the importance of sisterhood and family during difficult times.

Inside Out and Back Again by Thanhha Lai

This award-winning and beautifully written novel captures the nuanced feelings of Ha, as she watches her home being ravaged by war. We step inside the longing Ha feels for everything, from her family to her beloved papaya trees, as she makes the long journey from Vietnam to America.