Thanks to a small number of Muslims and large chunks of the mainstream media, Islam has gained a reputation for severity and harshness. When it comes to the way we raise our children this can often be true, but usually due to our cultural backgrounds more than our faith.

Childrearing and Discipline in Islam

My parents and grandparents grew up in Pakistan where it was the norm to be smacked by your parents, extended relations, and anyone else that happened to be around and in a bad mood. It was also okay to be given a smack ’round the head for doing something you shouldn’t have, for watching someone else doing it, maybe for not stopping them or maybe again because someone was in a bad mood. Once they had immigrated to England, my parent’s generation did not quite realize that simply transferring the parenting methods of rural Punjab/Gujrat/Dhaka/Sylhet to East London might not be sufficient to bring up your child in the best possible way (I have so many happy memories of being chased by my mum flip-flop held aloft).

There is also the traditional South Asian thinking that a good child is an obedient child, smacked and yelled into submission by a parent who knows best. How do you tell such parents about feeling left out because you dress differently, weighing up the way you feel about clothes, boys, life in general as a teenager with the need to please your parents and be a good Muslim? Who do you talk to about peer pressure, bullying, or all the other things that confuse kids?

This is not to denigrate my parents or all the others out there who have struggled to reconcile two cultures, their faith, modern life, and all of the issues that face immigrants, with bringing up their child in the best way that they could. At the same time, they have also had to try and square Western and Eastern concepts of how a well-raised child should be. Is it any wonder that they and we were so confused?

What we have to examine is whether the new generation of parents who are disinclined to smack their children are leaving a vacuum with respect to managing the behavior of children. If we don’t smack, how do we get our children to listen to and respect us? Have we gone from physically abusing our children to setting no parental boundaries for them at all?

Similarly, childrearing can be hard and challenging work, but when engaged in with the intention of pleasing Allah and carrying out the work he has assigned to us, it becomes an act of worship from beginning to end. The waking in the night, the cleaning of stuff that makes other people leave the room, the difficulties of breastfeeding, the fatigue, the duty to be mindful of what you say and do, having to constantly watch your little ones—all become the living, breathing, walking, waking worship.

Muslims believe that through our words, our soothing, our chores, all of the small kindnesses of a mother and father, Allah elicits from our worship and forgives us our sins. With this thinking in mind, it becomes much harder to smack a child and much easier to take a breath and act rationally.

Islam encourages us to follow the example of the Prophet (peace be upon him) when it comes to our everyday lives including raising our children. His approach to his family was epitomized with gentleness and compassion. There is a hadith, or Prophetic tradition, in Islam that says:

Abu Salmah narrated that Abu Hurayrah said, “The Prophet of Allah (peace be upon him) kissed Hasan ibn ‘Ali (his grandson) while Aqra’ ibn Habis was sitting nearby. Aqra’ said, ‘I have ten children and have never kissed one of them.’ The Prophet (peace be upon him) looked at him and said, ‘Those who show no mercy will be shown no mercy.'” (Bukhari, Volume No. 91)

This tells me that affection and mercy towards our children is a necessity if we wish for the same. The Prophet (peace be upon him) was also never known to hit a child. Instead, a Muslim parent is encouraged to teach by a good example and discouraged from disciplining until the child is seven years old. At seven years, the child begins the age of tarbiyyah, or good upbringing. These are the years requiring firmness and instruction in educating the child and teaching them good manners—again the focus is on firmness and not violence. Once the child reaches puberty, the parents’ role becomes one of friend and mentor as the child is considered to be old enough to be responsible for their own actions.

Must Read: Islam’s Take on Children and Kinship Ties

I like this idea of a gentler, more peaceful parenting—less friction, and more kindness. I like the idea that it’s okay to indulge your children sometimes and say yes to them. We don’t have to behave like tyrants. It’s okay for the house to be a mess, for your kids not to be reading Shakespeare by six and joining Mensa by eight. It’s okay not to be perfect. I am coming to realize that parenting is a learning process; we are scared because we only get one chance with each of our children. But I realized some time ago, thanks to my oldest daughter, that when we make a mistake, we can stop, apologize and agree to try again. Every day is a new day and a new chance at doing things in the best way we can.

So when we need to discipline our children, we could hit them, but how would it make us feel to make a mistake or disagree with our employers or spouse and be smacked for it? How do we prefer to be told? Discreetly, gently and with patience surely. Perhaps we could stop and do the same for our children, thinking of it as our daily worship.

My parenting style? Like my parents, a little confused. When I ask nicely, explain and let things go, my family calls me English mum. When I lose it and shout and issue orders, they call me Punjabi mum. I guess I am still learning, with my faith as a guide.

Instead of saying “Come on, let’s go!” maybe you could have picked him up and twirled him around and said something sweet, and by the time he knows it he’s fifty yards from there, but happy to be with his happy mom. ~ Sandra Dodd 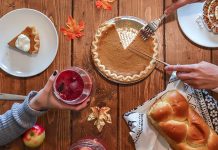