This is the age of road trips with so many people foregoing flying in favor of driving.

Audiobooks are a great way to pass long hours in the car. Because I always opt for diverse books for my children for many reasons, which you can find here, I put together a list for best diverse children’s audiobooks to keep your children quiet and whine-free for hours on the road.

You can find audiobooks through your local library or through services like Audible, Chirp and more audiobook sites here.

Below are suggestions for diverse audiobooks by grade level, with many reviews written by Rasika Misri, an avid 16-year-old reader of diverse books. 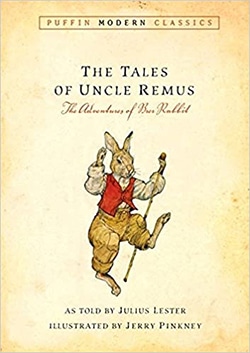 The Tales of Uncle Remus: The Adventures of Brer Rabbit by Julius Lester, read by the author

These tales rooted in African American culture are filled with humor and wit as readers are taken into the adventures of trickster Brer Rabbit. – Rasika Misri 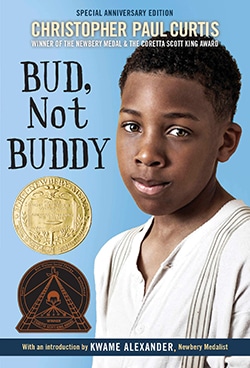 10-year-old Bud is on the run looking for his lost father with clues that his deceased mother left for him. Despite the several obstacles that are in his way, Bud is determined to be reunited with his father, and knows that the orphanage is no place for him! – Rasika Misri 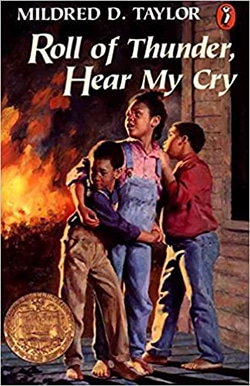 Roll of Thunder, Hear My Cry by Mildred D. Taylor,read by Lynne Thigpen

This is an empowering story of persistence as Cassie and her family are singled out repeatedly by their white neighbors in the Jim Crow South. The year 1933 is filled with night riders, violent burnings, and public humiliation for no reason other than race. But the book carries a hopeful tone as Cassie realizes the importance, pride, and value of her family’s inheritance and land. – Rasika Misri 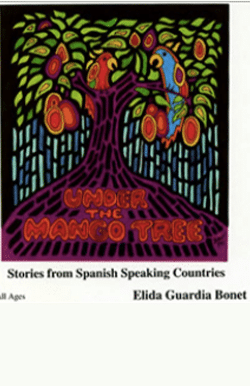 Under the Mango Tree: Stories from Spanish Speaking Countries by Elida Guardia Bonet, read by the author

This collection of folktales from Spain and Latin America are filled with both familiar tales as well as ones that draw on Bonet’s own childhood experiences growing up in Puerto Rico and Panama. The audiobook is in English but Spanish phrases are sprinkled throughout the story so that listeners will familiarize themselves with the language. – Rasika Misri 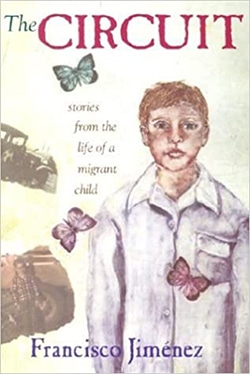 The Circuit: Stories from the Life of a Migrant Child by Francisco Jiménez, read by Adrian Vargas

Jiménez’s family crosses the border from Mexico to the United States hoping to fulfill their dreams of a better life. In these independent stories, we are introduced to the struggles that migrant workers like Jiménez’s family face. – Rasika Misri 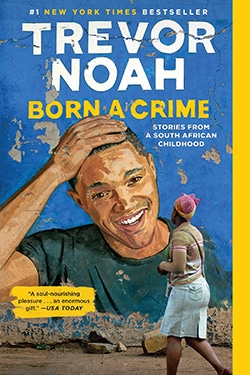 Born a Crime by Trevor Noah, read by the author

Comedian and talk show host Trevor Noah, son to a Swiss father and Xhosa mother, tells the story of how his very existence was a crime. His parents’ union was punishable by five years in prison, and so, for the earliest years of his life, Trevor Noah was kept hidden from the government. When South Africa’s oppressive rule finally ended, Trevor and his mother were free to live out in the open. – Rasika Misri 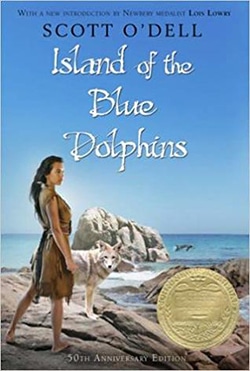 Island of the Blue Dolphins by Scott O’ Dell, read by Tantoo Cardinal

This beautifully written award-winning novel by Scott O’ Dell is a story about Karana, a Native American girl who is left behind one day after her people are taken away from their island in ships. This is an inspiring story of survival. – Rasika Misri

A story about three brothers growing up alone in a big city, Ty’ree, Charlie, and Lafayette are teens whose parents have passed on. But despite struggling with guilt, anxiety, and much more, they discover what it means to be family.           – Rasika Misri 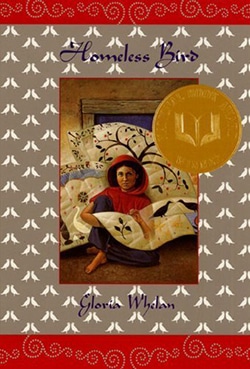 Homeless Bird is the story of Koly, a 13-year-old girl living in India whose fate after her husband’s death is unimaginable. In the streets of India, alone, with no money and no home, Koly must learn to survive. This is a moving story of hope and bravery. – Rasika Misri 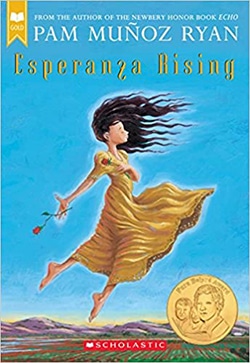 Esperanza’s life is filled with good food, a big home, and a loving family. But when her father is murdered her life takes a sudden turn. She and her mother take a perilous journey across the border from Mexico into California in this beautifully written and powerful story. – Rasika Misri

Baseball in April and Other Stories by Gary Soto, read by Stephanie Diaz and Miguel Gongora

Author Gary Soto tells 11 stories about the lives of Mexican-American boys from California’s Central Valley. These stories are rooted in emotion as the boys embark on the rocky path to growing up. The narrators of this audiobook read aloud Soto’s English and splashes of Spanish with authentic voices. Kids will relate to the stories of the characters’ everyday life involving baseball, annoying siblings, and much more.           – Rasika Misri 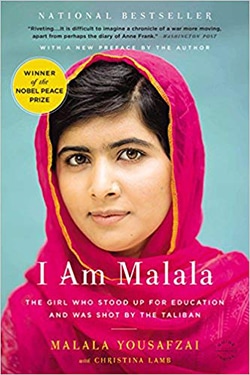 I Am Malala: The Girl Who Stood Up for Education and Was Shot by the Taliban by Malala Yousafzai, read by Archie Panjabi

A truly empowering memoir, this story of passion, perseverance, and resistance, is a must listen. Malala Yousafzai chronicles her life growing up in the Swat Valley of Pakistan and how she stood up to the Taliban in order to go to school. Even after getting shot, her fight for girls’ education did not end. Malala went on to become the youngest person to win the Nobel Peace Prize. In this memoir she shares with us intimate details of her family, values, and home. -Rasika Misri 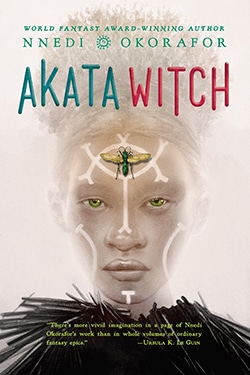 As an Albino girl born in America and living in Nigeria, Sunny has trouble finding a place where she belongs. But she and her friends discover an ancient world of West African mythology. Sunny and her friends are tasked with saving the world from the villainous Black Hat using their magic. – Rasika Misri 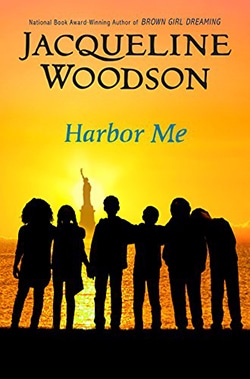 One of my all time favorite middle grade books, this is a story about how a group of six students are put in a room one day with no instructions except to talk. Cleverly dubbed the ARTT (A Room To Talk) Room, these kids are uncomfortable with each other on day one. But as the weeks progress, their conversations are bigger than you’d expect. Woodson’s timely novel covers tough themes such as biracial identity, racism, poverty, gun violence, and deportation with simplicity and grace so that kids will be able to empathize as well as relate to the characters in this book. – Rasika Misri 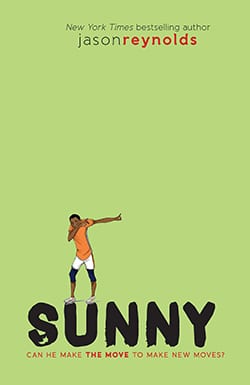 Sunny is the third installment of the Track Series written by talented and award winning author Jason Reynolds. Sunny is the story of a boy who loves to dance, but is instead running track to fulfill his father’s wishes. However, Sunny, with the help of his coach, discovers that throwing discus unleashes the dancer in him. Guy Lockhard voices Sunny’s character skillfully. – Rasika Misri

Audiobooks for High School (grades 9 and up) 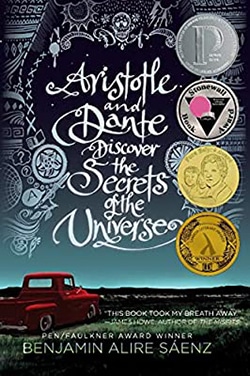 Aristotle and Dante Discover the Secrets of the Universe by Benjamin Alire Saenz, read by Lin-Manuel Miranda

Winner of the Stonewall Book Award, the Pura Belpré Author Award, and the Lambda Literary Award, this is a heartwarming story of a friendship between two Mexican American teens, Aristotle and Dante, living in El Paso, Texas. Saenz’s lyrical prose reads more like poetry, and his stunning word choice makes the characters come alive. This beautiful audiobook is narrated by none other than Lin-Manuel Miranda. – Rasika Misri 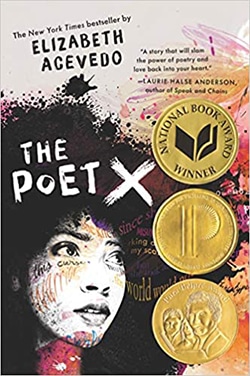 In beautiful verse, Acevedo voices the story of Xiomara, a girl struggling with her relationship with her mother. Xiomara feels that no matter how much she tries, she will never live up to her mother’s standards, and instead takes refuge in her poetry. With Acevedo’s powerful narration, this audiobook is one that is hard to stop listening to. 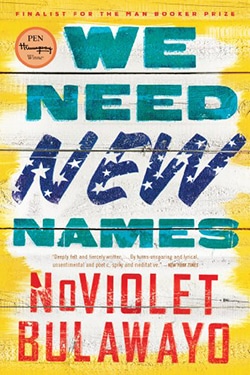 10 year-old Darling must leave Zimbabwe because of unrest for a new life in the U.S. The descriptions of life in Zimbabwe and the contrast to the U.S. are rich with detail, beautifully told and sometimes funny. In addition to the story, one of the things I like about this one is the range of accents captured.

Laila and her family escape their Middle Eastern home and must adjust to a new culture in the U.S. after her father is killed. 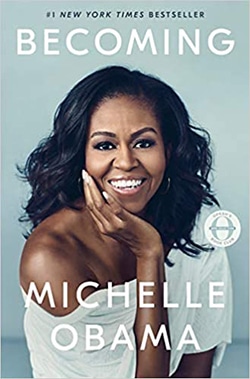 Michelle Obama talks openly and honestly about her childhood, marriage, and life as a first lady. She is so down to earth and smart, it’s impossible not to like and admire her the more you read. 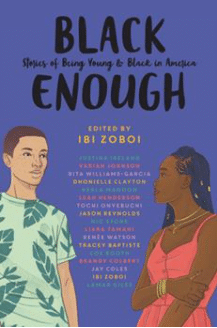 Black Enough is an amazing collection of short stories that every teen should read or listen to. This book examines the diversity in American Blackness and tells stories that touch on humor, grief, family, friendships, art, sexuality, resistance, joy, and much more. – Rasika Misri 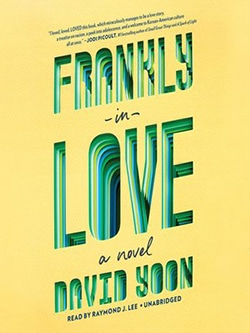 When Frank Li, who is Korean-American starts dating a Brit, who is white, he violates his parents’ biggest rule about love which is to only, ‘Date Korean.’ 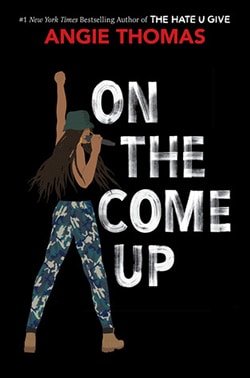 On the Come Up by Angie Thomas, read by Bahni Turpin

On the Come Up tells the story of Bri, living with her mother who is trying hard to make ends meet. Bri’s passion is rapping, and she thinks that with her skill she’ll be able to bring fortune to her family. This rhythmic read is written by Angie Thomas, bestselling author of The Hate U Give, and narrated by Bahni Turpin. – Rasika Misri 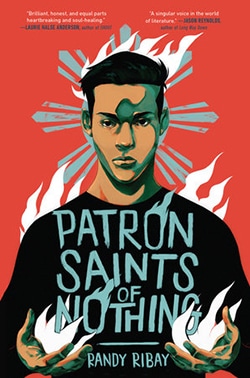 Patron Saints of Nothing by Randy Ribay, read by Ramón de Ocampo

This is a book about a Filipino American teenager, Jay, who is struggling with the loss of his cousin who lived in the Philippines. Once Jay finds out that his cousin’s death was a murder, he boards a plane, alone, to look for answers. This engaging and fast-paced story also teaches listeners about the political situation in the Philippines and the effect of President Duterte’s war on drugs. – Rasika Misri 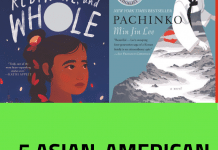