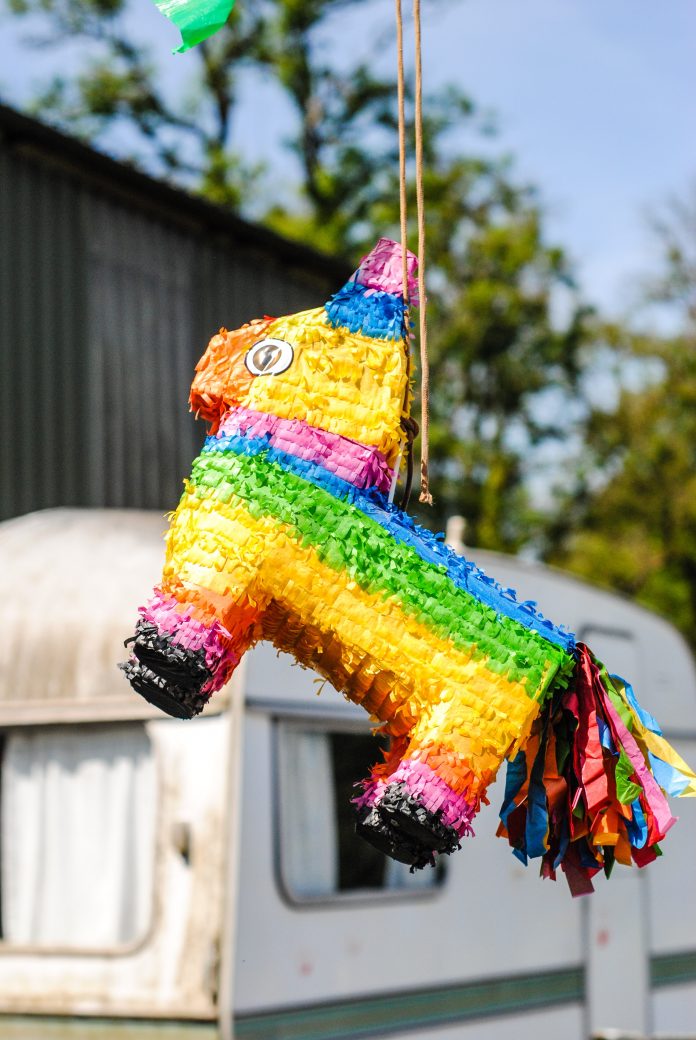 With age six has come a magical new age of creation. Jasmin only just turned six but suddenly has the ability to do entire craft projects on her, from conceptualization to set up and actualization. Tonight she decided to “make a pinata” after dinner. We always have pinatas at the kids’ birthdays, and the kids are still walking around the house singing the pinata song after a birthday party this weekend:

But we had never made a pinata together. I mean, doesn’t everyone buy pinatas? Well, everyone I know except my Ecuadorian friend in France who couldn’t find one in Nantes when it was time for his daughter’s birthday, so he made one. So not knowing how to make a pinata myself, I wasn’t sure what she would do. But she knew better.

First, she assembled her materials: balloons, newspaper, a bowl, glue and water. She cut strips of newspaper, added the glue to the water and then started pasting the strips on the blown-up balloon. When her little sister came over, she explained, “This is the basic shape Lila, then we can make any animal you want out of this.” The two of them started pasting together and before I knew it, there were almost four covered balloons just before bedtime.

She has informed the household that no one can touch the disaster on our dining room table as tomorrow, she will paint and decorate the balloons with streamers.

When I asked her where she learned to make pinatas, she replied simply, “Curious George.” I guess TV is not all bad.