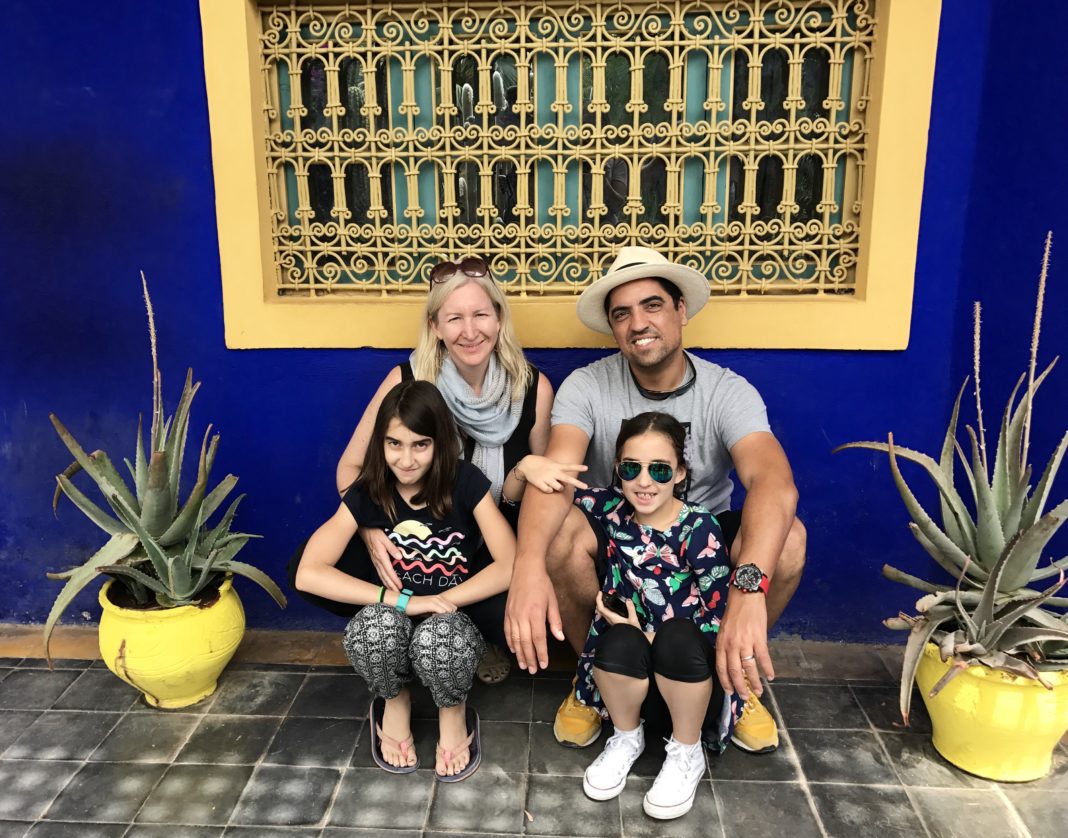 Since my kids were little, I have harbored a deep-rooted desire to spend time in Morocco so they could learn Arabic. Morocco is my husband’s country that he left when he was 19. Raising our children bilingual in Arabic has been our explicit goal since the beginning but bilingualism wasn’t as easy as we expected. None of our herculean efforts to raise bilingual kids in Arabic had paid off. While they understood Arabic, they were passive bilinguals and couldn’t speak it.

When our oldest turned 10, the realization that it was now or never hit us bluntly. We knew if we didn’t bring our children to live in Morocco, we would never have Arabic-speaking kids.

We had two major hurdles in going abroad—saving enough money and figuring out how to take a leave of absence from our way-more-than 9-5 careers in San Francisco. Quitting our jobs wasn’t a good option, as we worried about finding jobs when we returned, especially as we couldn’t afford to pay our mortgage in the San Francisco Bay area, the most expensive housing market in the U.S., without jobs. Neither my spouse nor I come from wealthy families or families that contribute financially to our bottom line in any way. We were just regular people with an ambitious goal.

Our objective was to have enough money saved so we could live very comfortably in Morocco without working. This was to be my dream life—no work, no stress, time to devote to activities that evoked joy like writing and studying Arabic, and ample time to spend with my kids. And we promised the kids a house with a pool.

How We Saved Up the Money

The big question was how to save up enough as regular people making ends meet each month without a lot of excess income. The number one way we saved was by Airbnbing two spaces in our home—both separate studios—for three years. Airbnb is an awesome tool as it’s accessible to everyone!

When we bought our home, we had a third bedroom and second bath, with its own entrance. We walled off that third bedroom and bath from the rest of the house and installed a small Ikea kitchen. We rented that out as a separate studio, mainly to grad students in three to four month intervals. The house space that’s left for our family is very small, only 900 square feet.  Living in a small space with two kids hasn’t always been convenient, especially because we like entertaining friends and our house size limits the number of people we can invite. But we knew it was all in service to our goal.

Our 3,500 square foot yard contained a large storage shed that we converted into a second bedroom studio with a bathroom that we also rented. The initial investment to convert the space from a shed paid for itself in one year.

Managing It All Was Not Without Stress

All this AirBnbing wasn’t always easy. Several nights per week after work we cleaned studios. We opted not to get a cleaning person, which would have made our life much simpler, as we preferred to save that money. We were endlessly washing sheets and towels and making last minute supermarket runs for extra shampoo, coffee or soap. Sometimes if we had kid activities or late night work events, it meant we could be cleaning at 9 or 10 pm. Those nights weren’t fun but we always saw them as part of the sacrifice for our bigger goal.

We opened a separate bank account for the Airbnb income to avoid the temptation to spend any of it. Every work bonus or other unexpected income (like selling something we didn’t need on Craigslist) was also transferred into this account. We intentionally put all savings into a high yielding online bank account, and chose Ally Bank to earn interest.

Budgeting for Our Trip

We made careful budgets of our projected expenses in Morocco, including airfare, school tuition for the kids, buying a car (which we expected to sell after and recoup 80-90% of the cost), a nice house with a pool (the pool was the only thing that made the kids feel any ounce of joy in this terrible, horrible plan in their eyes), trips within the country, daily living expenses, and a small financial cushion for our return just in case we lost our jobs. We later learned that we under-budgeted the cost of housing in Casablanca—it was more expensive than market rates when renting for less than one year. We also under-budgeted for kids’ activities, which were very pricey in Casablanca.

Having the budget number in mind every time I was scrubbing guest toilets or washing my eighth load of weeknight laundry was a consistent source of motivation to keep on pushing.

How I Asked My Boss for a Leave of Absence

My husband and I were both in busy and stressful careers, mine as a marketing executive at a San Francisco bank. My work had no sabbatical policy and a total count of zero people who had ever taken substantial time off. I decided the best approach was to take six months off to have a better chance of returning to my role. If I took a year off, I would more likely be replaced.

My strategy was a huge gamble. Additionally, I decided not to ask for the time off, as I knew the answer would be no. I was very honest and told my supervisor that this was extremely important to my family and one of our life goals. I understood if they could not hold my place for me to return but hoped they would.

Two things were essential going into this meeting: (1) I was prepared to lose my job as the Morocco sabbatical was that important to me. (2) I crafted a very solid proposal to manage the six months of my absence. My proposal included hiring a temp, a detailed breakdown of proposed new reporting relationships for my team members, as well as the financial savings of my proposal. I also offered to come back after three months to check in for a few weeks, which is exactly what I did. I anticipated every question my supervisor could pose and had thoughtful answers prepared.

But here was the key: I only asked for six months versus the one year I REALLY wanted to take off even though I knew my kids wouldn’t achieve Arabic fluency in six months. But I knew six months was a better solution for both me and my job as the company would be better off waiting for me to come back than trying to replace me in that time. In the end, my boss didn’t love the idea but he supported it. And when I returned, I was a very grateful and rested employee. It grew my loyalty to the company ten-fold.

My husband on the other hand was forced to quit his job in order to go abroad. But we figured at least we had one salary to return to and we hoped he’d find something quickly upon our return.

Renting our house in the Bay Area was the easiest part. We opted to rent it furnished and with all utilities paid, that way we didn’t have to change services out of our name as we would need proof of residency when we returned to re-enroll our kids in public school.

We published the rental on Trulia, Zillow, Craigslist and Airbnb and had many inquiries. We found a family who needed a place for four months while they were selling their house and buying a new one. We used Airbnb for the last two months. We developed a relationship with a cleaning person before we left that would take care of all the cleaning and washing. Airbnbing was less convenient but it was just two months. The rental fully covered our mortgage with some excess.

Here are some of the other logistics that we arranged before leaving.

Overall I can say our trip was a complete success and our kids became Arabic speakers, fully conversational with their Moroccan family. We encountered some initial difficulties in finding housing for a short-term period in Casablanca and our kids struggled with school in Arabic, but this was to be expected. Would I do it again is the big question. And the answer? In a heartbeat! 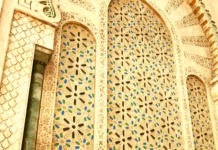 What to Do with 48 Hours in Casablanca