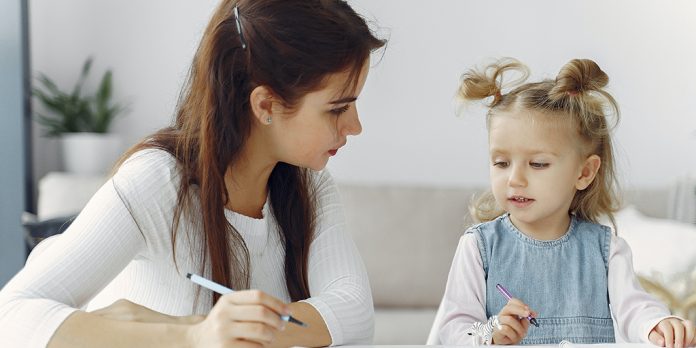 Several years ago, I interviewed a dozen white parents of white first and second graders, and surveyed a few dozen more, at the school where I teach, about how they approached the topic of race with their children. As a white mother of two bi-racial daughters, black/white, I was curious to find out how my experiences differed from other white parents. Did they stay up at night, worried about how often other people’s children touched their child’s hair, or made comments that singled their child out, especially whenever the topic of racism came up, as if their child was either the expert in the room, or the only one truly affected? I also wanted to know if my assumptions were correct; that white students entered my kindergarten classroom ignorant about race because their parents never talked to them about it. More broadly, I wanted to know if this pattern of silence about race was true for white families around the country, and, if so, how did this contribute to biases about people of color?

As I conducted the study, I recognized that my sample wasn’t very scaleable. After all, I was sitting down to talk to white parents who had agreed to talk about their racial attitudes, which meant they were willing to give up some degree of silence. And, I teach at an independent school in the Bay Area, so it’s difficult to say how what I discovered can or can’t be applied to the attitude of white parents in general. So I also read authors on the topic, including Ta-Nehisi Coates, James Baldwin, Chimamanda Adichie , Bryan Stevenson, Howard Stevenson, Beverly Tatum, Robin DiAngelo, Shelly Tochluck, Tim Wise, and others. And, everything I read mirrored what I was hearing in my conversations with white parents.

The first time the majority of white parents bring up race or racism with their child is in response to a child’s question. Many parents talked about their desire for their child to be developmentally ready to handle the subject, and their belief that the child will ask when they need to know. When they do talk about race, white parents often stress ideas of a shared humanity, or sameness. In my conversations, I learned that while white parents wanted their children to treat everyone the same, to be kind, and very much not-racist, they also felt ill equipped to guide the conversation, mostly because no one had talked to them about race when they were young. They were afraid of messing up.

Young children often point out the differences they observe around them, which, depending on what they say, can either be endearing, in a kids say the darndest things type of way, or make us want to cover their mouths. I’ve often wondered how much of our parenting, and when I say our I mean white parents like me, comes from the central question: how do we stop them from saying things that will humiliate us in public? In our desire for our children to be “good” people, who treat everyone fairly, we too often rely on sound bites, things like, “it doesn’t matter what’s on the outside, it’s what on the inside that matters” or “everyone should be treated the same no matter what.” The problem with this approach is it doesn’t actually explain the world young children observe, where their neighborhoods are often extremely segregated by race, as are their schools, and where they receive messages from the media about who’s “bad,” “good,” “ugly,” and “beautiful.” (See Anderson Cooper’s repeat of the doll test to see how biased attitudes against dark skin prevail.)

When a young white child says the thing that makes their parents want to run and hide, they are often expressing biased ideas they’ve formed as they observe the differences around them. I once had a white student tell me he thought black people were homeless. No one had told him this, no one had told him much about race. His parents were probably waiting for him to ask a question, or to get to that magic age where he’s ready to hear the truth about racism, and, yet, here he was, already drawing his own, misguided, conclusions. What if this child’s parents had sat him down before he started kindergarten, to explain that he lives in a country that often devalues black skin, and that means we all have to actively work against forming biases? What if they inundated their child with images of black beauty and black intelligence, at the same time that they had honest conversations with him about the legacy of racism in our country? Then, maybe, he wouldn’t associate blackness with homelessness. Or, if he did notice a homeless person who was black, he’d be able to put in a context of systemic racism, and begin to develop the skills necessary to work against racism.

In 2017, Proctor & Gamble re-launched an initiative started in 2006 by a group of black women whose mission was to spark a broader dialogue about black beauty, and repurposed it to celebrate cultural identity and start a conversation about racial bias. They released a video ad, “The Talk,” which depicts black mothers through the generations, discussing the harsh realities of being black in this country, and warning their children about racial bias and the prejudices they will inevitably face.

These depictions of “The Talk” illustrate that while times have changed, racial bias still exists.

What is “The Talk?” for white parents of white children?

First, white children need to be told that bias and racism continue. Martin Luther King Jr. and Barack Obama did not solve racism. White children need to know that they may form biased ideas about people of color, because they live in a country that was founded on these ideas as much any others. White children need to know that they have a race, too, and that their race comes with a set of privileges not afforded to other races. Here’s a list. They need to be taught that there’s a reason their neighborhoods and schools are often mostly white, that this to do with racist policies, such as redlining. They need to be told that while the hope is that all people are treated the same, that is not the country we live in.

White parents, it’s time to talk to your children. It’s time to acknowledge that mistakes are inevitable, and do it anyway. We don’t give up on helping our children through difficult math assignments, even when we don’t feel up to the task. We stick with it, we do our research, we model for our kids the value of perseverance and resiliency, because we know it matters. Why, then, when it comes to race and racism, do we tend to change the channel, turn off the radio, wait for our children to be old enough to hear it? No one is ever old enough to hear that a white man killed a black man because of racism. And, by not talking about it with our white children, we are allowing all the black parents and black children to carry this burden, one they have been asked to carry for way too long, again, without us. Are their children “ready” to see these images, hear these stories? What if, by breaking the cycle of silence, we actually achieve the goals we so often express, to raise kind, not-racist people? What if by not having the talk we do the opposite?

Photo by Gustavo Fring from Pexels

Need help on where to start? Here’s a guide to beginning conversations with your kids about race and racism.