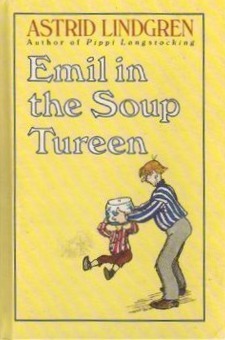 Emil in the Soup Tureen is a story by Swedish author Astrid Lindgren, who is best-known for the classic children’s tale Pippi Longstocking. The story paints a quaint and idyllic picture of farm life in rural 20th century Sweden, in the village of Lönneberga, Småland, complete with charming pen and ink illustrations of Emil’s misadventures as well as the family farm, called Katthult.

An intelligent but rascally boy, Emil gets into all kinds of mischief as the story unfolds. His first conundrum comes from greedily slurping the soup in the bottom of the family’s tureen, only to find it quickly stuck to his head. After a trip to the doctor and one smashed tureen later, Emil is once again ready for more funny business.

Emil’s fawning mother turns a blind eye to her little angel’s antics. His father, on the other hand, is always poised to send Emil off to the toolshed to reflect on his misdeeds, where Emil passes the time by carving little wooden men out of scrap lumber. Although he often faces consequences for his misbehavior, his family’s love and concern for his safety always trump their anger.

Something of a cautionary tale for little pranksters, this story will hold a special place for parents who are familiar with the exploits of a child who is just a bit too clever for their own good. 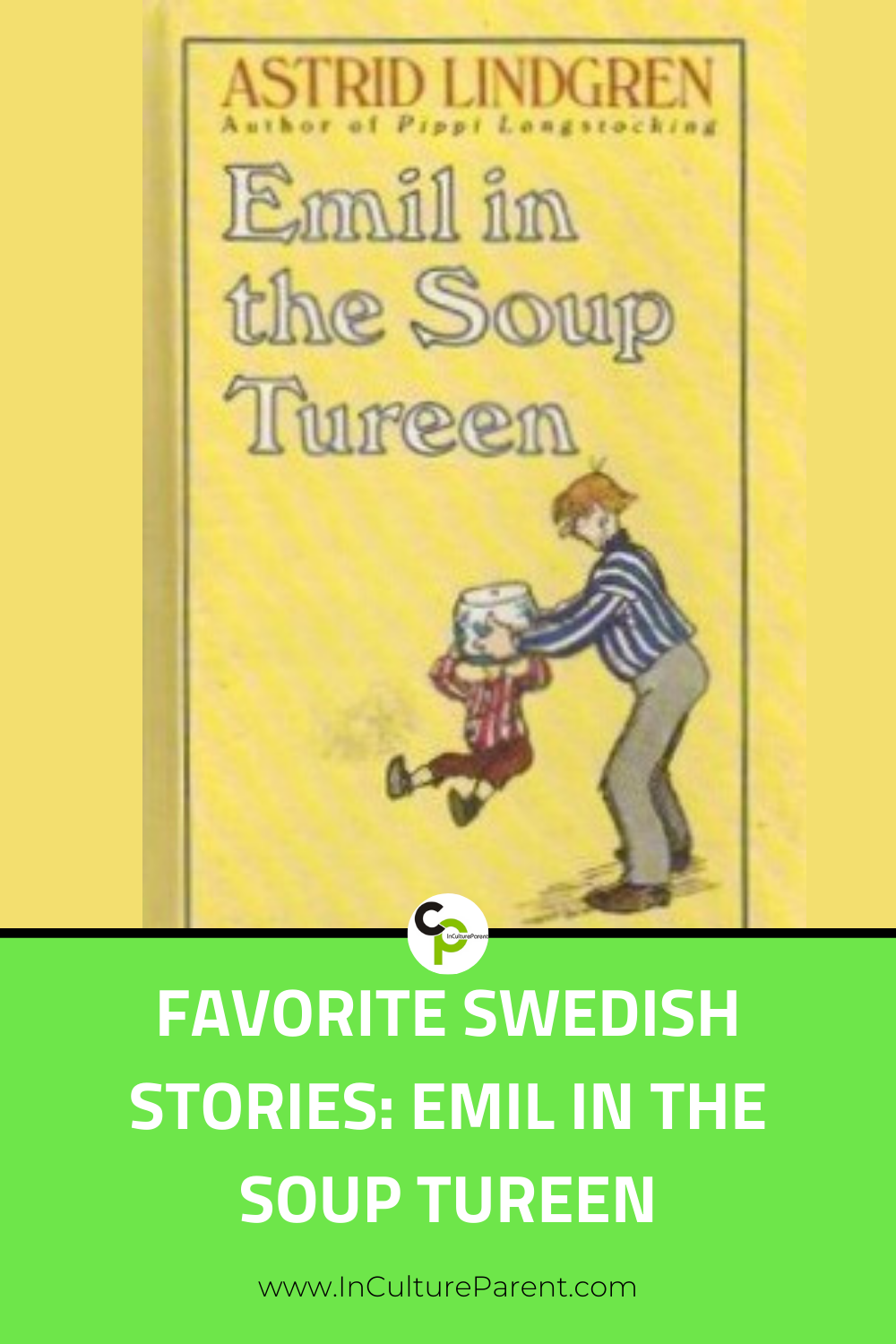