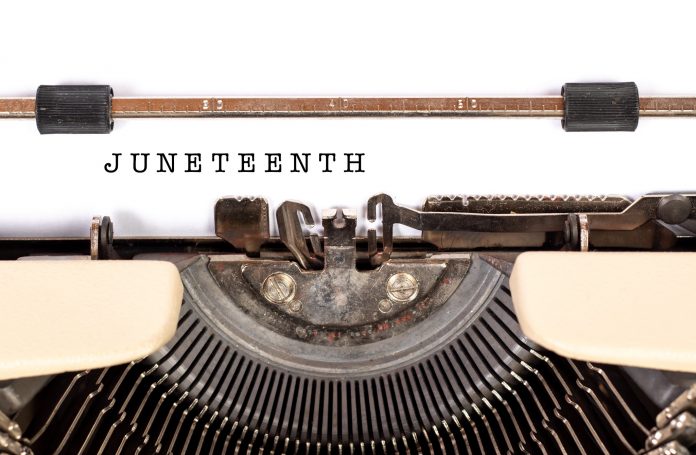 Juneteenth is an American holiday that is celebrated in honor of the legal abolition of slavery, specifically in Texas in 1865, and the emancipation of African-American citizens throughout the U.S. Juneteenth, a portmanteau of “June” and “nineteen”, is celebrated on June 19 and is the oldest commemoration of the ending of slavery in the U.S.

For many who are familiar with the Civil War in the U.S., on September 22, 1862, President Abraham Lincoln issued the Emancipation Proclamation. The Proclamation, effective January 1, 1863, declared that enslaved African-Americans were to be freed in the Confederate States of America. The Confederacy refused to recognize the Proclamation; however, upon its surrender in 1865, the U.S. was able to enforce the mandates of President Lincoln.

On June 18, 1865, Major General Gordon Granger, leading 2,000 federal troops, landed on the island of Galveston, Texas for the following purposes: to inform residents that the Civil War had ended, with the Union being victorious; take possession of Texas; and enforce the freedom of those held in perpetual bondage. 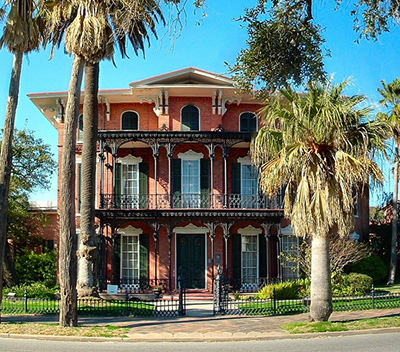 The people of Texas are informed that in accordance with a Proclamation from the Executive of the United States, all slaves are free. This involves an absolute equality of rights and rights of property between former masters and slaves, and the connection heretofore existing between them becomes that between employer and free laborer.“

It must be emphasized that the arrival of General Granger and his troops was two and a half years AFTER President Lincoln had issued the Emancipation Proclamation, which had become official January 1, 1863!! There are several theories proposed to explain the delay in receipt of such critical news; while the veracity of these theories is uncertain, the societal conditions in Texas, illegally, remained status quo.

Upon learning of their emancipation, many former slaves rejoiced and celebrated! While some migrated north in search of family members and better opportunities, others remained in Texas. By 1866, many freed African-Americans had organized and developed festivals throughout Texas to celebrate their freedom. African-Americans’ ability to participate in these celebrations was sometimes met with great resistance; however, many whites supported the festivities with food and money.

As African-Americans became landowners in Texas, they began to purchase land dedicated for the celebration of Juneteenth. In Houston, Reverend Jack Yates’ fundraising efforts allowed for the purchase of a land tract, which would be named “Emancipation Park.” Similar efforts occurred in Austin and Mexia, where its purchase of land, named “Booker T. Washington Park,” became the city’s Juneteenth celebration site in 1898.

By the early 1900s, the celebration of Juneteenth experienced a drastic social and economic decline but by the 1950s and 1960s, the Civil Rights Movement and Black Power Movement in the U.S. re-invigorated interest in Juneteenth celebrations. Through the activism of many, especially by African-American State Representative Al Edwards (D-TX), Juneteenth became an official state holiday on January 1, 1980, making it the first emancipation celebration that was granted official state recognition.

Typical Juneteenth activities include barbecuing, fishing and games such as baseball. In some Texas festivals, rodeos are still held. Like Kwanzaa (see my previous article), integral to the celebration of Juneteenth is its focus on education, self-improvement and the importance of family and the community. Often speakers are brought in, elders recount the history of the past, and griots tell stories about Juneteenth. Additionally, spiritual prayers are a significant component of these festivities.

Certain foods became popular and are subsequently associated with Juneteenth celebrations such as red velvet cake, strawberry soda-pop and barbecued meats. At the festivals, food is in great abundance because everyone brings a dish, further emphasizing the sense of community. A true Juneteenth celebration provides participants with the opportunity to commune, converse and be entertained until next year’s celebration.

In early Juneteenth celebrations, style of dress was an important custom and is often still taken seriously, particularly by the direct descendants who can trace their ancestors to roots of Juneteenth. In accounts taken from those who were formerly enslaved, there are stories detailing their discarding of their ragged clothing into the creeks and rivers, replacing them with fine clothing they had taken from their former masters.

Today, Juneteenth is enjoying a phenomenal growth rate within communities and organizations throughout the country. Aside from the numbers growing among local and national Juneteenth organizations, cultural institutions such as the Smithsonian Museum, the Henry Ford Museum and others have begun sponsoring Juneteenth-centered activities.

The likelihood of Juneteenth being forgotten is now, thankfully, low, as the number of cities and states creating Juneteenth committees continues to increase. In 1996, Barbara-Rose Collins (D-MI) sponsored the first legislation to recognize “Juneteenth Independence Day” and in 1997, Congress recognized the day through Senate Joint Resolution 11 and House Joint Resolution 56. In 2013, the U.S. Senate passed Senate Resolution 175, which included acknowledgement of the contributions of Ms. Lula Briggs Galloway (pictured below), the late president of the National Association of Juneteenth Lineage, for her work to bring national attention to Juneteenth. 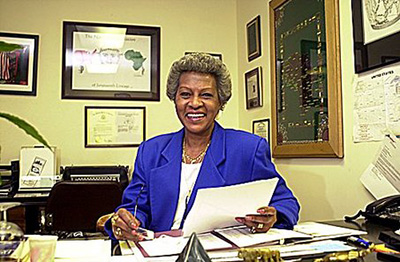 As of May 2013, with the exception of Arizona, Hawaii, Montana, New Hampshire, North Dakota, South Dakota and Utah, all of the United States and the District of Columbia have recognized Juneteenth as either a state holiday or special day of observance. Its observance has spread beyond the U.S., with celebrations taking place in other countries including Barbados, China, Czech Republic, England, Germany, Ghana, Guam, Honduras, Italy, Japan, Korea, Kuwait, Nigeria, Puerto Rico, South Korea and Spain.

The worldwide recognition of these celebrations now provides a wonderful opportunity for the growth of greater understanding of, respect for and appreciation of the true sentiment of Juneteenth: valuing the importance of freedom, building bonds of kinship and strengthening human connection.

Do you want to share this holiday with your kids? Then check out these children’s books suggestions for Juneteenth. 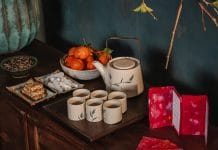 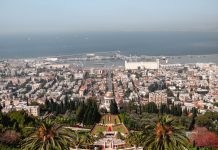 21 Ideas for Families to Celebrate Ayyam-i-Ha