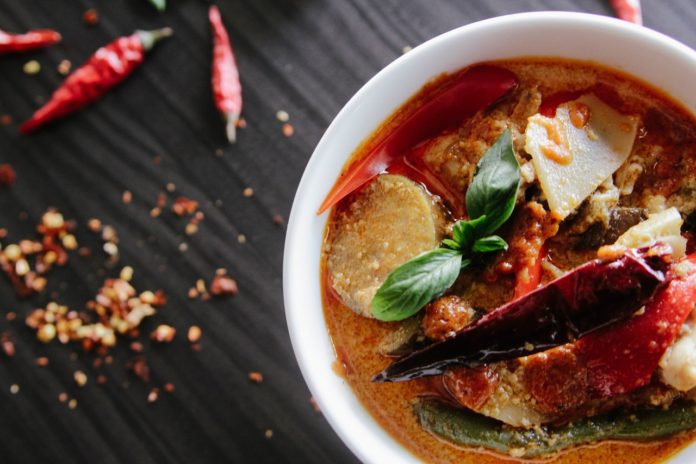 They say the last holdout of cultural assimilation can be found in the refrigerator, or the kitchen cupboards. Food is such a primal thing—we are what we eat.

I was thinking about this yesterday, watching Matthew eat his snack: peanut butter and jelly on Lebanese bread. A French friend who was visiting laughed and made a comment about the marriage of two cultures.

Since I grew up on the Mexican border, we eat lots of Tex-Mex: bean burritos, quesadillas, fajitas. We eat plenty of other American-style dishes—pot roast, various soups, casseroles, and foods that have, over the generations, become American like spaghetti and pizza. We eat lots of Lebanese dishes—both of my sons have loved the lentil stew called mjeddera practically since birth. We always have zataar, lebneh, mazaher and kishik on hand. We make sfouf practically every week. What’s missing from the picture? French food. I do make a nice roasted chicken, and quiche is easy-peasy, but aside from that my ventures into French cooking have been limited to a cooking class I took with my mom. I’m not sure why. Partly it’s because the recipes are written so differently. I cook using cups/tablespoons/teaspoons and just have a hard time organizing myself to cook using weight. The techniques are different; the flavors don’t mean anything to me.

Not so for my son, who started eating lunch at school this year. French school lunches are a four course affair, with a starter, a main dish, a side dish and fruit, dessert or cheese. At school he eats boudin, spinach with cream, hachis parmentier and chicken cordon bleu. Salads, sliced tomatoes, green beans: all things he would never touch with a ten-foot pole at home.

One of his friends, another American boy, recently asked his mom why they didn’t have courses at home. Why put everything on one plate, he wondered. Well, there’s the issue of dishes. But mostly, there’s the issue of habit, of rhythms ingrained from childhood. The “right” way to do things. I know my sons will have a different “right” way of doing things than I do. And when they are adults, the foods that will remind them of childhood will range from the French cuisine classics to Lebanese home-cooked foods to the flavors of Tex-Mex. They might eat their peanut butter on Lebanese bread or spread it on a warm croissant, but it will always be part of their identity.