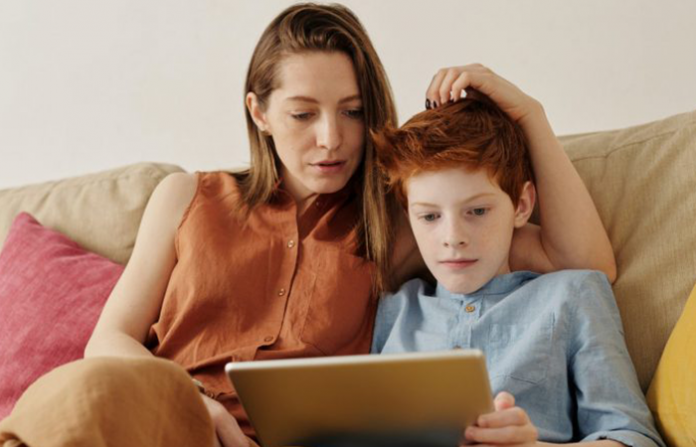 It’s Hard for White People to Talk about Racism

Many white people do not feel comfortable talking about race or racism. When I say race, I am referring — in its simplest definition — to the color of our skin. And racism I am defining as a system of power that oppresses Black and brown people and benefits white people.

In the U.S., we have a 400-year history of brutality against Black people, and an even longer history of violence against the indigenous, that our country has never made an adequate attempt to heal. Instead the response of most white leaders is to proclaim we are all equal and point to examples of how racism doesn’t exist anymore, like the election of Barack Obama. In reality, Obama faced more challenges because of his race than any other President; his presidency crystallized the racial divisions in this country that led to the election of Donald Trump, who has openly praised white supremacists.

It’s hopeful to witness more white parents who want to talk to their kids about racism and injustice. Understandably, it’s overwhelming to embark on an area you don’t feel comfortable with, as you have likely been raised to not talk about race, as was I. But we all have to start somewhere. My somewhere was in high school and more deeply in college, where I spent a lot of time dismantling the racism I had been raised with and learning the real history of the U.S. that taught me racism isn’t just an attitude, it’s a system, embedded in every institution of our society. My Master’s degree in international affairs combined with six years of living abroad and learning a few other languages, led me to see my own country in new ways as I gained a critical understanding of U.S. foreign and domestic policy.

One entry point to begin talking to your kids about racism is to start with race. And know that talking about race, racism and injustice is a journey that won’t be finished in a few conversations. It should be a mindset of how we raise our kids.

How to Begin Conversations about Racism with Your Kids

1. Do the groundwork. Before talking to your kids about racism, it’s best to prepare. A college professor teaching race, culture, racism and inequality to mostly white youth put together these resources for white parents to learn about racism. They are all short and straightforward reads.

2. Learn your terminology. Get comfortable with common words used to discuss race and racism and what they mean. Although race is the color of your skin (which is a very watered down definition), in the U.S. just the mention of this word can make white people uncomfortable. Acknowledging the race of someone is no different than pointing out their eye color. My race is white and my eyes are blue.

Is it ok to say someone is Black? Yes, absolutely, it’s just recognizing the color of their skin. Is the right term for Black people African-American or Black? Both can be used but it’s more inclusive of all Black people to say Black as not all Blacks are African-American. Some are from the Caribbean and some may be African, not Americans. Different people may have different preferences, after all we are talking about a group of 42 million people in the U.S.

What about ethnicity? Your ethnicity, put simply, is the different cultural backgrounds you inherited from your parents. So my ethnicity is Italian/Austrian on my mom’s side and English/Irish on my dad’s side.

And here’s another consideration–how do you define yourself? I see myself as a mother and global citizen. Personally, I don’t define myself by my race or ethnicity, and I don’t have a religion.

But here’s the thing. When I have attended classes on racial justice with diverse participants, when asked to go around and define our identity, people of color usually always include their race or ethnicity in their definition of who they are; for example: “I’m Dominican, a mother, a sister, an educator.” White people, including myself, rarely bring up our race, since we have the benefit of not thinking about our skin color when we leave the house each day. Those who don’t have white skin are aware of their skin color every day as they move through U.S. society because there are constant reminders of how they are not white everywhere (the library, the Walgreens aisle, the news, school, stores, how people treat you—the list is long).

3. Before embarking on conversations about racism, first try discussing skin color differences with your child. Educator Madeline Rogin suggests getting kids comfortable with talking about skin color as a pathway to more complex conversations later. One way to do this is to encourage your kids to paint a self portrait, mixing paint to find their skin tone. Talk about how everyone has their own unique and beautiful skin color. You can read more about her approach here in How to Talk to Kids about Race. Here are two books Rogin suggests to support your discussion:

Getting comfortable talking about our skin colors is important as it normalizes conversations around race.

4. Don’t just diversify your bookshelf and your media. Center diversity. It’s easy to pick up a few children’s books like the two mentioned above or books with diverse characters or themes. However if you have 50 books on your bookshelf and 10 diverse books, you still aren’t doing enough. Whiteness is centered everywhere your children go. Just by growing up in our society, our children have already internalized the unconscious message that white is the norm and everything else is “other” and less than, no matter how intentional and well meaning you are about diversity. Most schools don’t teach a complete view of U.S. history that accounts for the experiences of people of color. Therefore you have to make a really concerted effort to ensure the books and media your children consume are largely diverse.

Here is a great place to get started to find diverse book recommendations for kids:

Why does reading diverse books matter? It’s important white children learn about the experiences of non-white children. Through diverse stories and media, they relate to new worlds beyond their family and surroundings and develop empathy for other children’s lived experiences. This allows them to become better friends, better peers at school, better community members and allies as they grow. It’s equally critical white children see children of color as the center of their own stories and as heroes. And finally, white-centered stories can sometimes stereotype and they present people of color through a white lens versus through their own voice.

Pay attention to the shows your kid watches. How many of those shows have a white main character? Have you ever paid attention to how non-white people are portrayed in media? For example, how many times have you seen a movie with a charismatic, funny and strong Muslim woman as a main character or even in a supporting role? Compare that number to how may times you have seen movies with angry Muslims blowing something up.

Can you now flip the switch so that the majority of shows your children watch feature a non-white main character? There are a bunch of options for diverse shows, although we need many more, starting with these recommendations:

5. Get curious about your child’s questions around race and racism. All of these activities will definitely bring up questions and discussions with your kids. It’s important to keep the dialogue open and not shush them when it’s uncomfortable. It’s ok to tell them, “I’ll get back to you on that” when you don’t know the answer.

Be prepared for discomfort.

For my own family, cultivating a global, anti-racist mindset has been one of my primary goals in raising my kids and has informed every parenting choice I have made. But despite this, they are not immune to racist sentiments and have made troubling generalizations about Black people.

“Black people are mean,” my daughter said to me one day from the backseat when she was seven.

“What do you mean?” I asked casually, even though my internal narrative was oh my god, I’m raising a racist!

“They are not always nice,” my child replied.

“Tell me more. Why do you think that?”

“Kamal (a child in her class) is always mean to everyone. And Black people always get in trouble.”

Now we were getting somewhere.

I asked whether the other Black kids in her class, her Black friends and Black adults in her life were mean. She thought about it and answered no. So are all Black people mean? She realized they weren’t. We conversed about how Kamal’s behavior had nothing to do with his skin color as anyone could be mean.

Then we also discussed why the Black kids got into more trouble than the white kids. Black kids get punished at a much higher rate than white kids for the exact same behaviors because of unconscious bias as well as school curricula not designed to be culturally responsive. Black boys are 3x more likely to be suspended than their white peers and Black girls 6x more likely. That isn’t fair I told her. I bet you have seen white kids doing similar things Kamal does. “Yeah, Michael (a white child in her class) always says mean things too.”

Stay open to their conversations, even if what they say makes you feel uneasy!

Why Talking about Racism Matters

No parent wants to raise the next Derek Chauvin, the officer who killed George Floyd. But when we don’t open a dialogue with our children about racism, we can inadvertently raise the next generation of kids who will perpetuate it.

Here are more articles and resources that will help as you continue down this path of raising an anti-racist child.