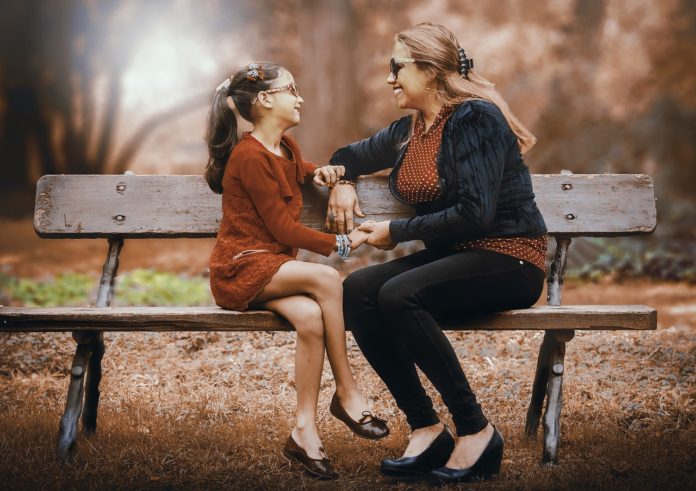 Before even embarking on learning a different language with your child it is important to note:

This is usually the toughest one to face. Many parents would love their children to speak their mother tongue but unless this is backed up by a real meaning for their child, the language will be at best passive and eventually drop out of the child’s use altogether.

I remember my beloved French teacher telling me that it is much better to enable your child to speak just one language completely fluently such that they are fully able to express themselves than to force upon them a series of languages which they will be unable to use to any proficient degree.

There is no shame in being able to speak only one language: especially if you speak it well. Here are my suggestions for fostering a new language with your child.

1. Determine which additional language will be most useful to your child

For example if I lived in the U.S. at the moment that would be Spanish. If you have a lot of relatives who speak a different language with whom you are close and your child interacts with regularly then it might be their language.

2. Start off with words that you use most naturally

These are frequently words from your childhood that you will not have to stop and think about and your child will then seamlessly pick up from you.

3. Foster and develop relationships that will have meaning for your child in that language

If you do not have relatives then friends are important too. For example we went to visit close friends in Spain to encourage my daughter with her Spanish.

4. It is critical for the child to visit a country where the language is predominantly spoken

Following on from point 3, my daughter loves her Spanish classes and we speak to each other in basic Spanish whenever we can but it wasn’t until we visited Spain that it all began to make sense to her. This was a living, breathing language that people used every single day and allowed her to engage with people she met and liked. She also visited with my friend’s daughter at her school.

5. If you do not speak the language your child is learning: start taking lessons yourself!

I am now learning Spanish thanks to my daughter. I very quickly was unable to help her with her homework and needed to keep one step ahead to maintain her interest (Spanish was her choice).

6. Follow your children’s lead in languages they want to learn—it is easier to work with a natural interest

Manu Chao is one of my favourite musicians and my daughter grew up listening to his music. She wanted to learn Spanish so she could understand the words in his songs.

Despite her natural interest, my daughter loved her classes because she did them with two good friends.

8. Use songs, books and videos

When my daughter was around four, she suddenly completely stopped using Kiswahili and would not even respond to me if I spoke to her in it. I was heartbroken and concerned. I forced the issue initially then finally just stopped using Kiswahili with her altogether. When I stopped insisting I was actually able to find out the reason behind her not using Kiswahili. My giving her room allowed her the space to express how she was feeling about it. Several months later she returned to her Kiswahili and despite my fears had not entirely lost her fluency. At age six, she now happily moves between the various languages she speaks.

Do you speak more than one language? Do you move between languages? Do you demonstrate to your child just how important it is to be able to communicate with all sorts of different people? Do you exhibit great pleasure in learning new things? Do your children witness your passion for language? This is much more important than the one person/ one language rule (where parents are encouraged for only one parent to use a particular language at a time) which I have not found to be true in the Kenyan context.

As my daughter said to me the other day, “I can always tell who you are talking to on the phone because of how you speak.” Often I am not even switching languages—just my innate desire to connect with others means that there are many subtle changes in language in order to achieve that particular goal.