Image Source: holidappy.com
How We Brought the Completely Wrong Gift to an Armenian Wedding

We were an unlikely group—a Russian, two Germans and an American, spanning over four decades in age. Max, the Russian, had only two things that rallied his national pride: his fondness for the word ‘motherfucker’ and his love of cigarettes—his teeth were so heavily stained from smoking they bordered on rotting. Gerhard was a German hippy—the real kind–who engaged in some serious German revolutionary movements back in his day and told funny stories of trying to hide the smell of his marijuana plants when his wife’s very square teacher friends were over.

Joachim was more an academic German in his forties, with a tendency toward ornate sentence structures, crisp button-downs, and blazers, always worn with a smile, a bit uncharacteristically German. And then there was me, the young (at the time 27) American, who shared Max’s fondness for colorful language, Gerhard’s egalitarian politics and Joachim’s interest in intellectual debates.

We were running very late for the wedding of one of our colleagues. In my patchy memory, I blame Joachim for taking a long time to do his hair, but I have a feeling it could have been my own fashion crisis. The wedding was in Armavir, Armenia, a provincial, dusty town 45 minutes outside the capital. It was a hallmark of a time that used to be with lifeless, Soviet-style apartment buildings spotted with now-defunct Ferris wheels and rusted climbing structures overgrown by weeds.

Without progress since the end of communism and high unemployment, more recent entrepreneurial endeavors in Armavir like corner lahmajo (Armenian pizza) shops created patches of hope amid an uncertain future, together with the new water utility, Nor Akunq, which we were all involved with building.

Lusine, 22, was one of my favorite colleagues and it was her wedding day. I cherished the weekly lunch outings that she and I shared with the small group of Armenian women with whom we worked at the utility. We discussed her upcoming marriage, men‘s penchant for sleeping with prostitutes, sex before marriage, and other girly topics that fascinated us all through our different cultural lenses. 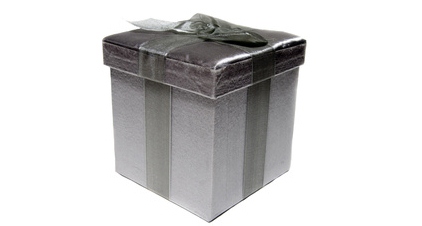 As the only woman in our group of foreigners invited to the wedding, the task of buying the wedding gift fell to me. I went to one of the high-end home furnishing stores in Yerevan and after belaboring a decision—I debated some nice kitchen appliances, but my feminist sensibilities didn’t want to send the wrong message—I picked a large silver picture frame, matching candlestick holders and an ornate bowl.

By the time we found the church, we were embarrassingly too late for the ceremony and the guests were filing out. We stumbled through apologies and made our way to the reception at the former bus terminal. Lusine’s family was one of the more prominent in Armavir from what I understood, evidenced by the hundreds of guests and rows upon rows of tables crowded with trays of Armenian food. There was never a single moment in the entire six-plus hours we were there (and we left early), that the tables were not overstocked with fruits, salads, kabob, shashlik, lavash, and more vodka and brandy than the room could possibly consume. Or maybe not…you would be surprised.

When we arrived bearing our big, shiny silver box with bow, I scouted the room for the place to leave presents but didn’t see any. I tried to ask someone seated at our table, but my Armenian was too threadbare for her to understand me. I placed the present at my feet but fretted over the protocol. Why didn’t I see any presents? Maybe people had left presents at the church? Maybe it was custom to put them somewhere else? I was already worried about our poor etiquette in missing her actual wedding ceremony and didn’t want her to think we were too ill-mannered to arrive without a present.

My colleagues were too busy discussing the merits of Armenian brandy to give any useful input into managing the gift situation, so I decided to approach Lusine, seated at the front of the room together with her new husband. She looked nervous but beautiful, and both so young. After many congratulations, I asked her hesitantly where to leave the present. She looked at me confused. It didn’t seem like she understood what I was talking about, even though her English was excellent. I showed her the box. She looked embarrassed. Had I somehow offended her by asking so directly where to put the present? Maybe I had wrapped it in the wrong color—what if certain colors had symbolism and I was ignorant about this? I had figured silver and shiny was safe but what did I know.

She said she wasn’t sure where to leave it but motioned I could just put it close to her chair. I sat back down and whispered to my colleagues about the odd exchange. They didn’t seem to think much of it and had now moved onto shots of vodka. Something was off, though. I chalked it up to her embarrassment at accepting a gift so directly and took a shot of Russian vodka as well.

Each new platter of food was literally danced into the room to lively Armenian music and after a few rounds of Armenian dancing and shashlik, a new procession of people began to advance toward the bride and groom. A sort of ceremony was coalescing where each person walked down the aisle of the hall with something in hand and presented it to the bride. It took a brief moment to process the situation, but in a moment our mistake became very clear.

Each guest was approaching the bride with their wedding present, cupped in their hand. And the present was jewelry, gold jewelry. Before the night was out, Lusine’s arms and neck were adorned with enough dainty gold necklaces and bracelets to have fed some of the surrounding villages of Armavir. I swallowed. How could I not have consulted the other women at my office about traditional Armenian wedding gifts? I assumed that wedding gifts were universally something for the house—seemed logical enough in my mind. It had never occurred to any of us to ask what was appropriate first.

Not only was our gift not jewelry, it was also silver. Every piece of jewelry she received was gold, making our guffaw even more glaring. I had put more thought into my outfit, debating how formal or informal to dress to be culturally appropriate, than the actual present.

Little did I know in the moment of giving her the present, her embarrassment was not for herself and not about the color of the gift wrap, but rather about our own faux-pas. She was most likely embarrassed for all of us, the blundering foreigners.